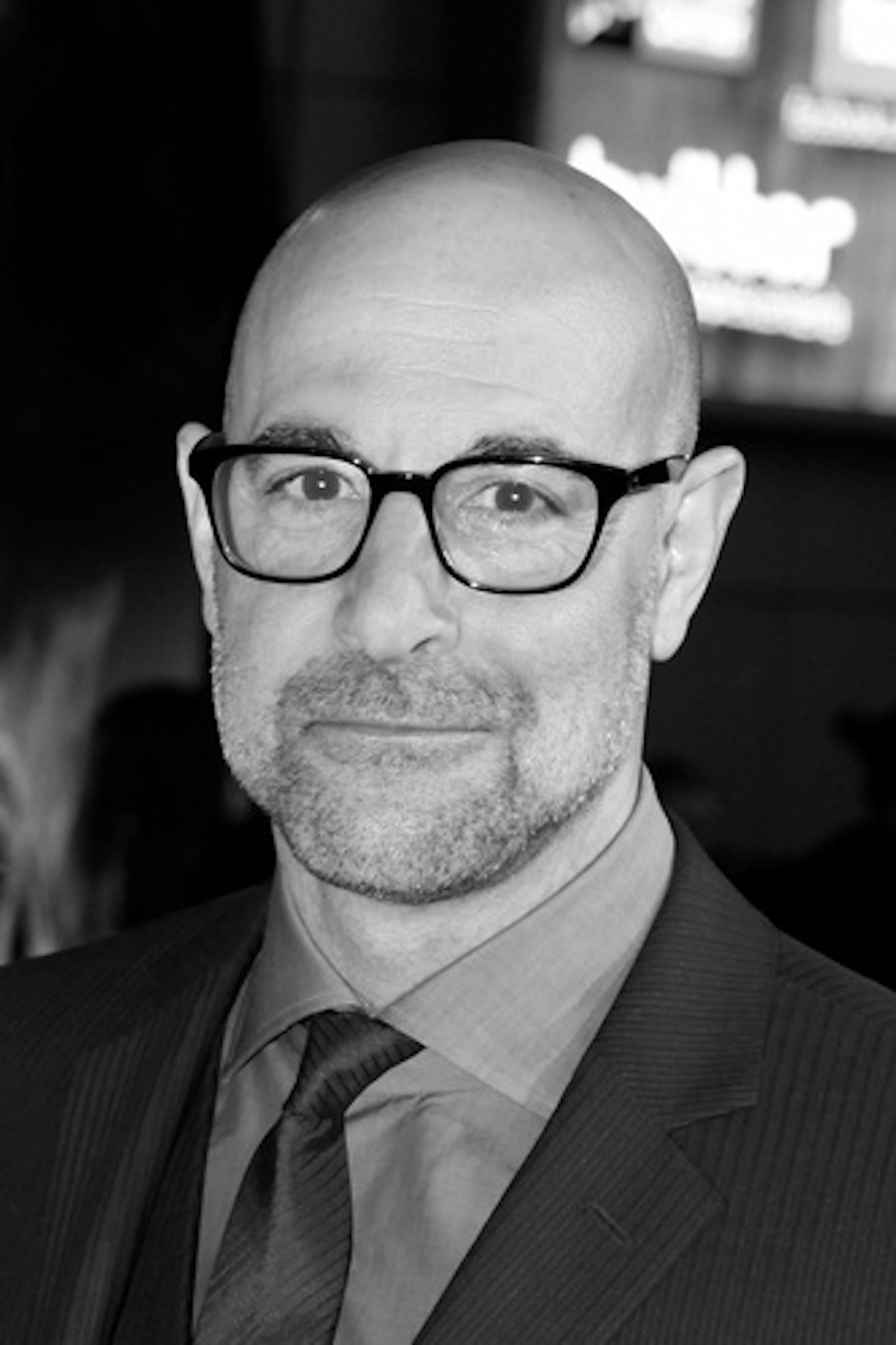 Academy Award nominee Stanley Tucci has appeared
in over 50 films and countless television shows. He has appeared in more than a
dozen plays, on and off Broadway, and has been behind the camera working as a
writer, director, and producer.

Tucci reached his widest audience yet in the role
of Caesar Flickerman in The Hunger Games franchise. A box office
sensation and critical success, the third installment of the series is
scheduled for release on November 21, 2014.
He has
also joined the cast of multiple feature films that are scheduled for a 2014
release, including Wild Card starring Jason Statham and Sofia Vergara. A Little Chaos, directed by Alan Rickman and starring Kate Winslet, premiered at the
2014 Toronto International Film Festival as the closing night film.

Tucci was nominated for an Academy Award, Golden Globe Award, BAFTA
Award, SAG Award and received a Broadcast Film Critics nomination for his
performance in Peter Jackson’s THE LOVELY BONES.
Furthermore, Tucci won an Emmy and a Golden
Globe for his role in the TV movie WINCHELL. His performance as the
fast-talking tattler, who exposed secrets and scandals, left audiences and
critics alike singing his praises.

Tucci is also a writer, director, and producer. He premiered the film Blind Date at The Sundance Film Festival — directing, starring, and co-writing this
Van Gogh remake. Another directorial endeavor was USA Films’ Joe Gould’s Secret, which starred Ian Holm as bohemian writer ‘Joe Gould’ and Tucci as
‘Joseph Mitchell,’ the famed writer for The New Yorker. Big Night, Tucci’s first effort as
co-director, co-screenwriter, and actor on the same film, earned him numerous
accolades, including the Waldo Salt Screenwriting Award at the 1996 Sundance
Film Festival, a recognition of Excellence by the National Board of Review, an
Independent Spirit Award, The Critics Prize at the 1996 Deauville Film
Festival, and honors from the New York Film Critics and the Boston Society of
Film Critics.
His second project, The Imposters, a film
which he wrote, directed, co-produced, and starred in, was an Official
Selection at the 1998 Cannes Film Festival and was acquired by Fox Searchlight
Pictures later that year.

Tucci’s additional film credits include Muppets
Most Wanted, Mr. Peabody & Sherman, Some Velvet Morning, The Fifth Estate,
Percy Jackson: Sea of Monsters, The Company You Keep, Jack The Giant Slayer,
Captain America; The First Avenger, Margin Call, Burlesque, Easy A, Julie &
Julia, The Tale Of Despereaux, Kit Kitteredge: An American Girl, Swing Vote,
What Just Happened, The Devil Wears Prada, Shall We Dance, The Terminal, The
Life and Death of Peter Sellers, Spin, Road To Perdition, America’s Sweethearts,
Sidewalks of New York, A Mid Summer Nights Dream, The Alarmist, Deconstructing
Harry, The Daytrippers, Big Trouble, A Life Less Ordinary, Kiss of Death, Mrs.
Parker and the Vicious Circle, It Could Happen To You, The Pelican Brief, Prelude
To A Kiss, In The Soup, Billy Bathgate and Slaves of New York.