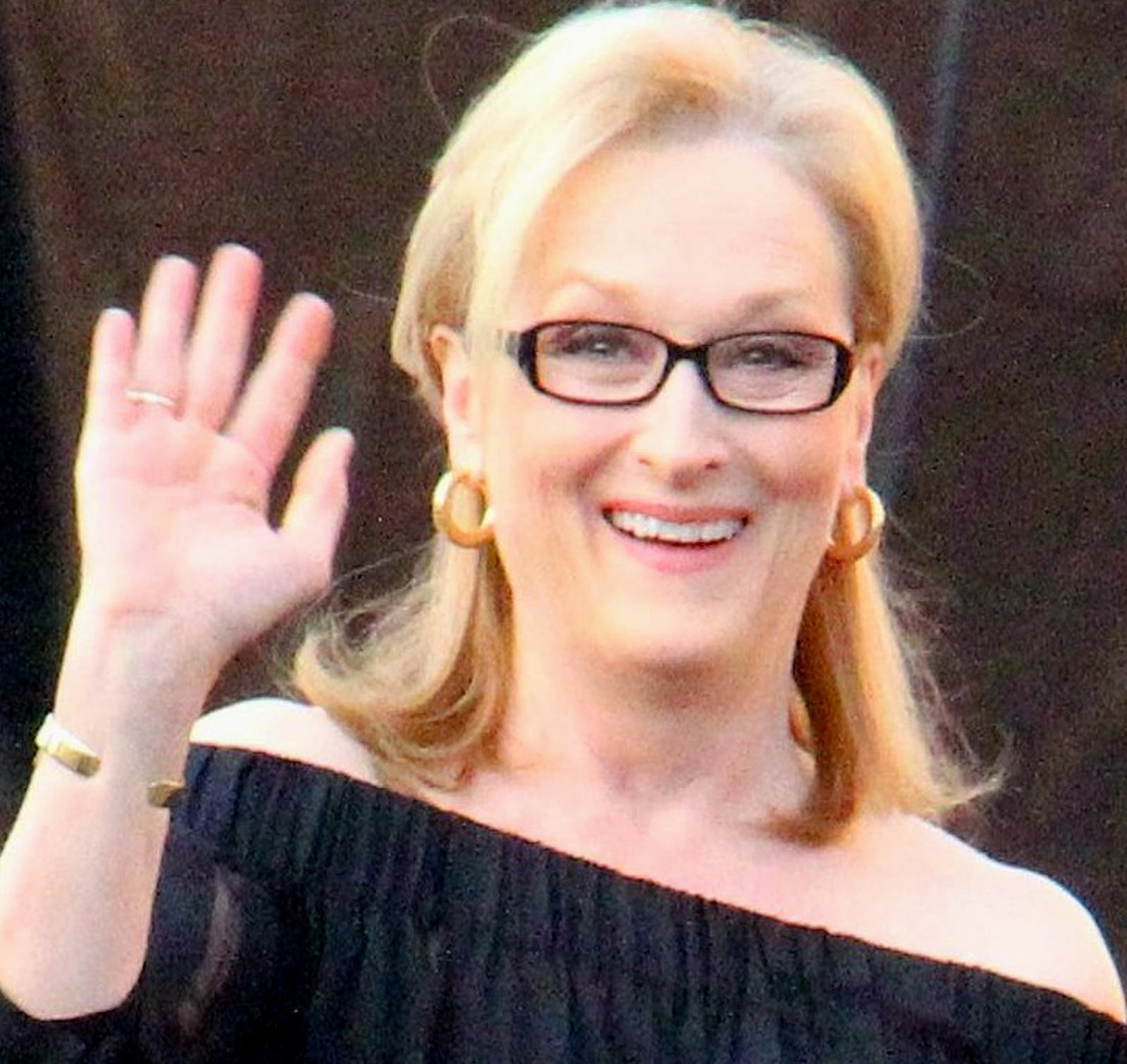 Considered by many critics to be the greatest living actress, Meryl Streep has been nominated for the Academy Award an astonishing 19 times, and has won it three times. Meryl was born Mary Louise Streep in 1949 in Summit, New Jersey, to Mary Wolf (Wilkinson), a commercial artist, and Harry William Streep, Jr., a pharmaceutical executive. Her father was of German and Swiss-German descent, and her mother had English, Irish, and German ancestry.

Meryl’s early performing ambitions leaned toward the opera. She became interested in acting while a student at Vassar and upon graduation she enrolled in the Yale School of Drama. She gave an outstanding performance in her first film role, Julia (1977), and the next year she was nominated for her first Oscar for her role in The Deer Hunter (1978). She went on to win the Academy Award for her performances in Kramer vs. Kramer (1979) and Sophie’s Choice (1982), in which she gave a heart-wrenching portrayal of an inmate mother in a Nazi death camp.

A perfectionist in her craft and meticulous and painstaking in her preparation for her roles, Meryl turned out a string of highly acclaimed performances over the next decade in great films like Silkwood (1983); Out of Africa (1985); Ironweed (1987); and A Cry in the Dark (1988). Her career declined slightly in the early 1990s as a result of her inability to find suitable parts, but she shot back to the top in 1995 with her performance as Clint Eastwood’s married lover in The Bridges of Madison County (1995) and as the prodigal daughter in Marvin’s Room (1996). In 1998 she made her first venture into the area of producing, and was the executive producer for the moving …First Do No Harm (1997). A realist when she talks about her future years in film, she remarked that “…no matter what happens, my work will stand…”

She received a 2012 BIFA nomination for Best Actress for her work on The Iron Lady.