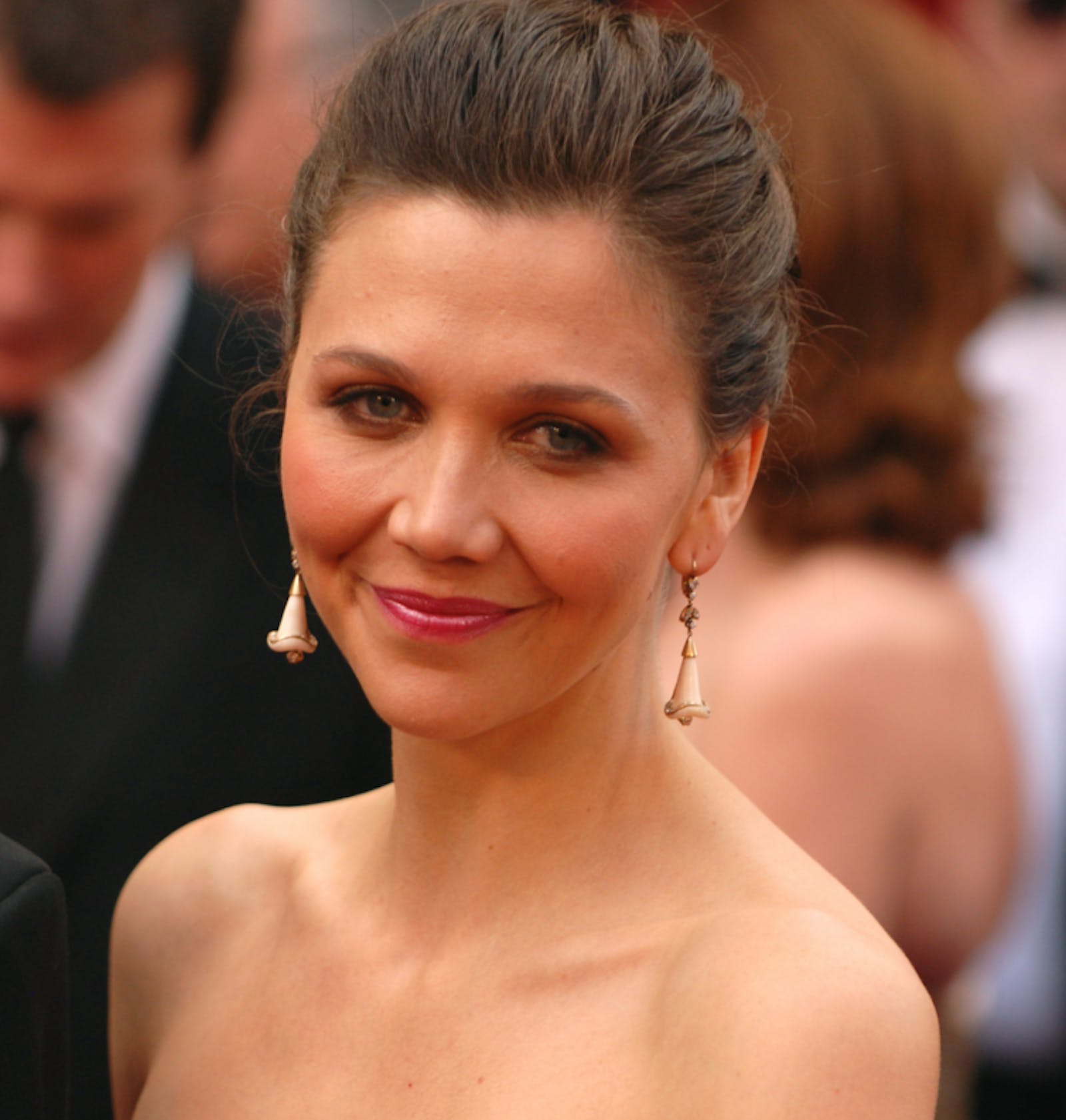 Academy Award-nominated actress Maggie Gyllenhaal was born on November 16, 1977, on the Lower East Side of Manhattan in New York City. Her parents, Naomi Foner (née Achs) and Stephen Gyllenhaal, are both filmmakers, and her brother is actor Jake Gyllenhaal.

Maggie made her film debut in Stephen’s film Waterland. She had sporadic roles throughout her teenage years, though she stepped away to receive a degree in literature from Columbia University in 1999. In addition, she studied briefly at the Royal Academy of Dramatic Arts in London, which helped with her post-graduation transition back in to acting.

Soon after graduation, Gyllenhaal appeared in supporting roles in Cecil B. DeMented and alongside brother Jake Gyllenhaal in Donnie Darko. Her breakout role came a bit later, when she took on the daring, sexy title role in Secretary, earning her a Golden Globe nomination.

Gyllenhaal received her second Golden Globe nomination for playing a recent prison parolee in Sherrybaby. She followed that up with roles in World Trade Center and Stranger than Fiction, and then replaced Katie Holmes in the role of Rachel Dawes in The Dark Knight.

In 2009, Gyllenhaal received great acclaim for her role opposite Jeff Bridges in Crazy Heart, which earned the actress her first Oscar nomination. Gyllenhaal has two children with husband Peter Sarsgaard whom she married in 2009.