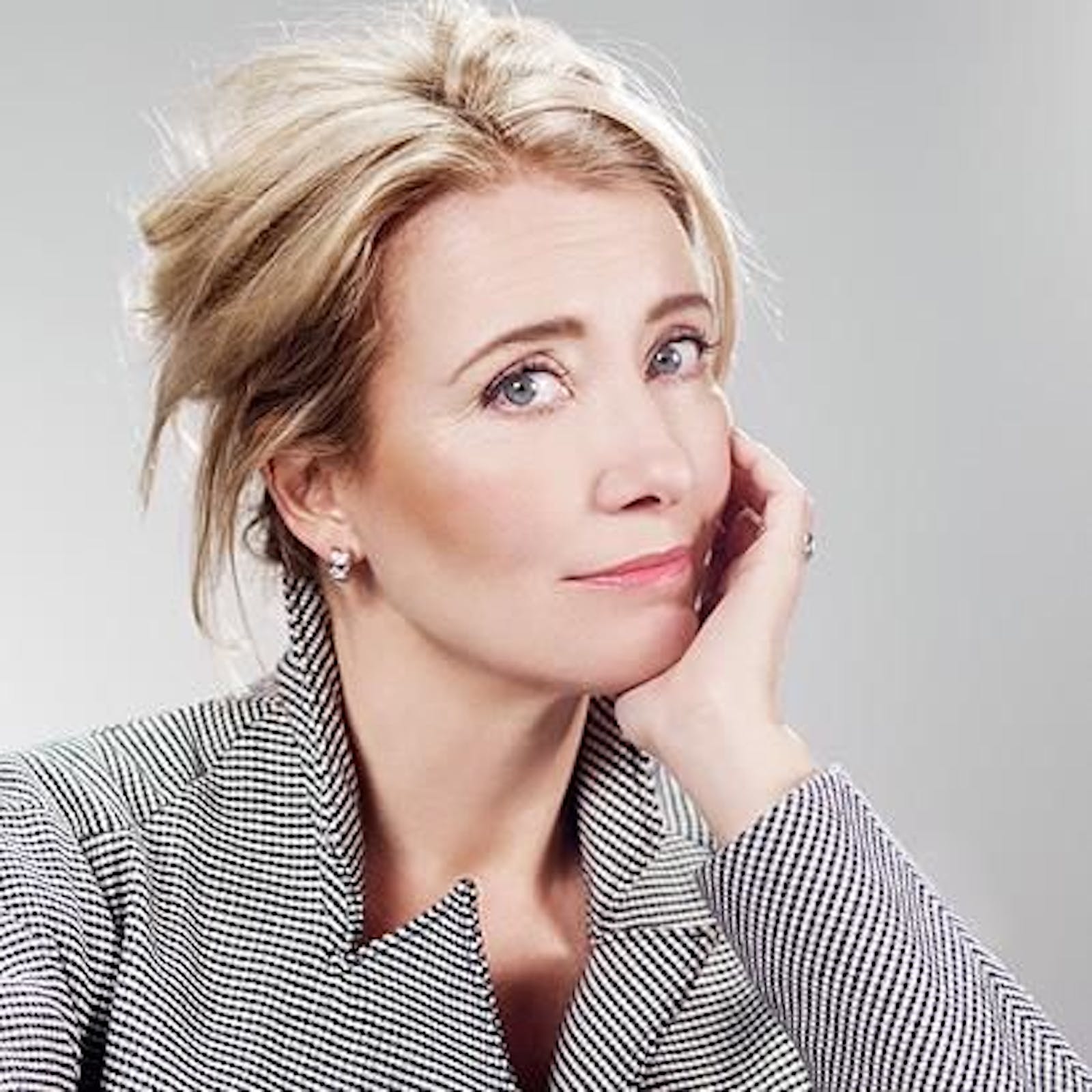 Emma Thompson was born in London on April 15, 1959, into a family of actors – her father was Eric Thompson, who has passed away, and her mother, Phyllida Law, has co-starred with Thompson in several films (her sister, Sophie Thompson, is an actor as well). Her father was English-born and her mother is Scottish-born. Thompson’s wit was cultivated by a cheerful, clever, creative family atmosphere, and she was a popular and successful student. She attended Cambridge University, studying English Literature, and was part of the university’s Footlights Group, the famous group where, previously, many of the Monty Python members had first met.

Thompson graduated in 1980 and embarked on her career in entertainment, beginning with stints on BBC radio and touring with comedy shows. She soon got her first major break in television, on the comedy skit program Alfresco (1983), writing and performing along with her fellow Footlights Group alums Stephen Fry and Hugh Laurie. She also worked on other TV comedy review programs in the mid-1980s, occasionally with some of her fellow Footlights alums, and often with actor Robbie Coltrane.

Thompson found herself collaborating again with Fry in 1985, this time in his stage adaptation of the play “Me and My Girl” in London’s West End, in which she had a leading role, playing Sally Smith. The show was a success and she received favorable reviews, and the strength of her performance led to her casting as the lead in the BBC television miniseries Fortunes of War (1987), in which Thompson and her co-star, Kenneth Branagh, play an English ex-patriate couple living in Eastern Europe as the Second World War erupts. Thompson won a BAFTA award for her work on the program. She married Branagh in 1989, continued to work with him professionally, and formed a production company with him. In the late 80s and early 90s, she starred in a string of well-received and successful television and film productions, most notably her lead role in the Merchant-Ivory production of Howards End (1992), which confirmed her ability to carry a movie on both sides of the Atlantic and appropriately showered her with trans-Atlantic honors – both an Oscar and a BAFTA award.

Since then, Thompson has continued to move effortlessly between the art film world and mainstream Hollywood, though even her Hollywood roles tend to be in more up-market productions. She continues to work on television as well, but is generally very selective about which roles she takes. She writes for the screen as well, such as the screenplay for Ang Lee’s Sense and Sensibility (1995), in which she also starred as Elinor Dashwood, and the teleplay adaptation of Margaret Edson’s acclaimed play Wit (2001), in which she also starred.