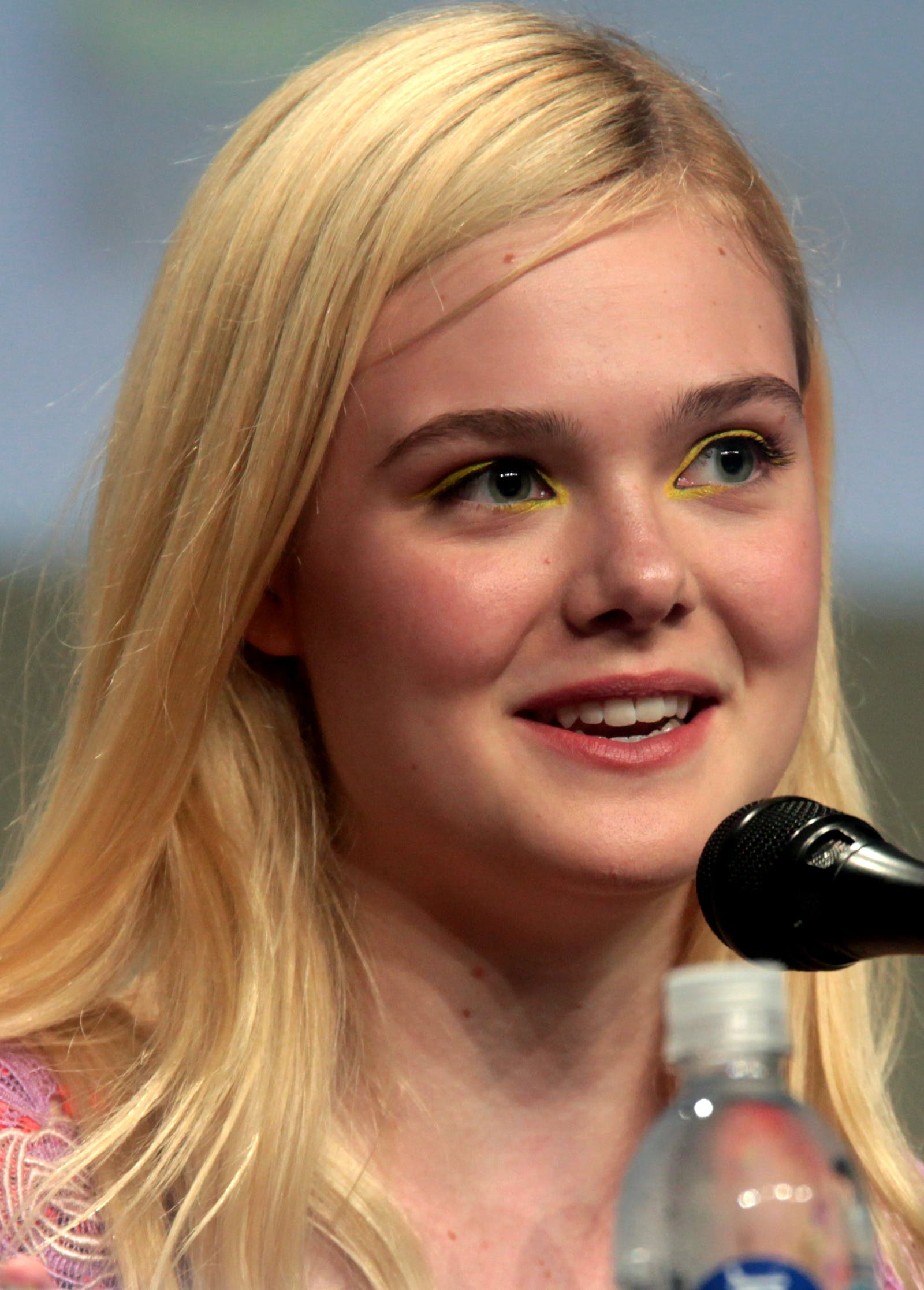 Mary Elle Fanning was born on the 9th of April 1998 in Conyers, Georgia, USA, to Heather Joy (Arrington) and Steven J. Fanning. Her mother played professional tennis, and her father, now an electronics salesman, played minor league baseball. She is of German, Irish, English, French, and Channel Islander descent.

Elle’s ascent into stardom began when she was almost three years old, when she played the younger version of her sister, Dakota Fanning’s, character Lucy in the drama film I Am Sam (2001). She then played younger Dakota again in Taken (2002) as Allie, age 3. But her first big independent movie without her sister was in 2003’s Daddy Day Care(2003) as Jamie. She then had two guest appearances on Judging Amy (1999) and CSI: Miami (2002).

For her work on 2012’s Ginger and Rosa, she received a BIFA nomination for Best Actress.