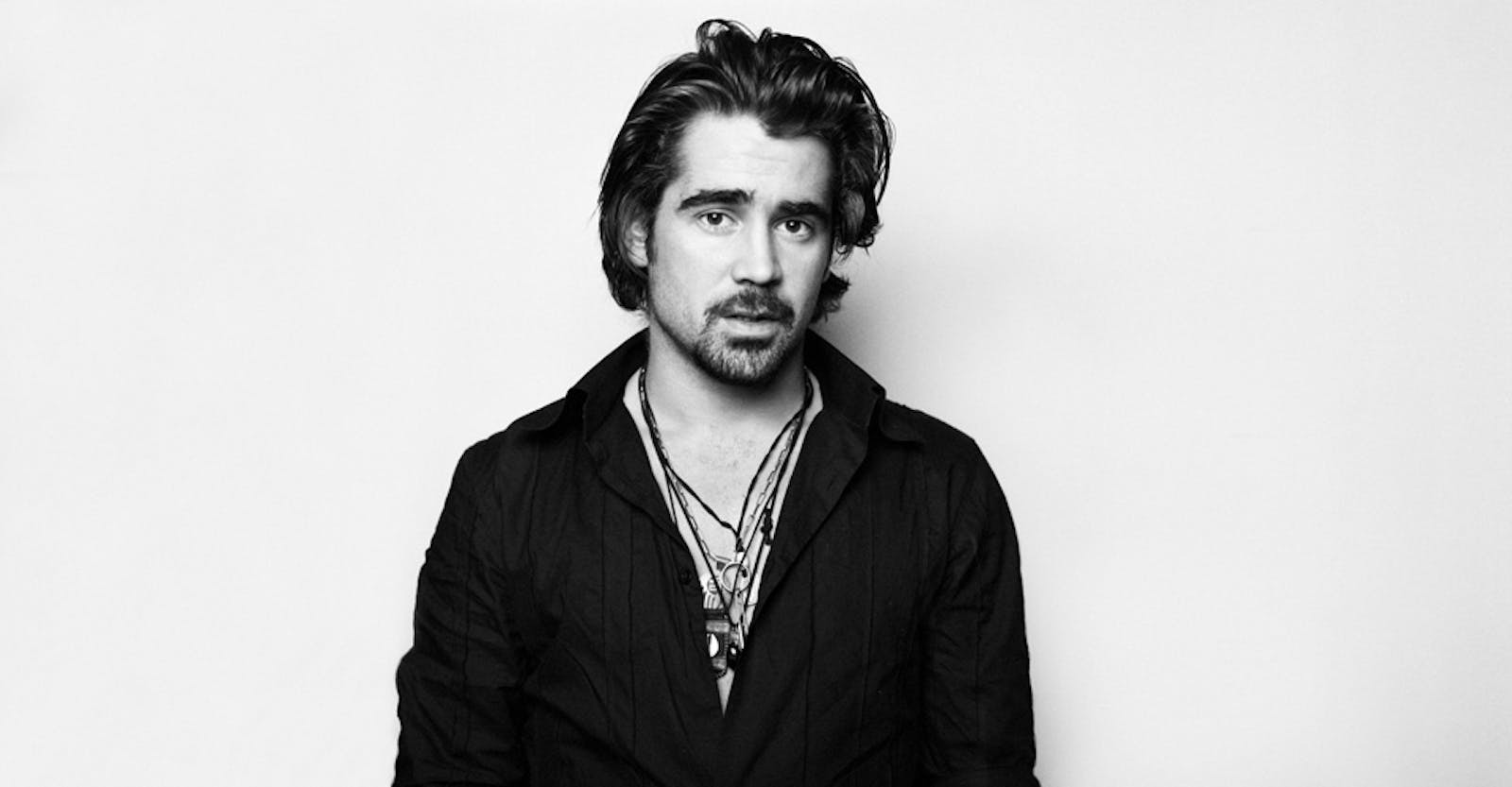 A native of Ireland, Colin Farrell continues to turn heads in Hollywood.  In 2009 Farrell won a Golden Globe for his role in In Bruges and was reteamed with director Martin McDonagh for Seven Psychopaths.  The film centred on a screenwriter who gets drawn into the dog napping escapades of his friends.

Farrell recently shot the second season of the HBO drama True Detective starring opposite Rachel McAdams and Vince Vaughan. Nic Pizzolatto who created the series also wrote the second season. The show premieres in the summer of 2015. He was recently seen in the film adaptation of Miss Julie starring opposite Jessica Chastain and directed by Liv Ullmann. In 2013 Farrell was seen in the Disney film Saving Mr. Banks with Tom Hanks and Emma Thompson, a behind-the-scenes look at how the popular Disney film Mary Poppins came to be.

His other past work includes Winter’s Tale, Dead Man Down, Total Recall, Peter Weir’s The Way Back, London Boulevard, Fright Night, the Warner Brothers comedy Horrible Bosses and Ondine by Irish director Neil Jordan which revolves around an Irish fisherman who discovers a woman he thinks is a mermaid. His other films include Gavin O’Conner’s Pride and Glory, Woody Allen’s Cassandra’s Dream, Michael Mann’s Miami Vice, Oliver Stone’s Alexander, Terrence Malick’s The New World and Ask the Dust, based on the novel by John Fante. He also played opposite Al Pacino in The Recruit, in A Home at the End of the World, based on the Michael Cunningham novel, and two roles in Joel Schumacher’s  films Phone Booth and Tigerland. Other film credits include Minority Report, Daredevil, American Outlaws, SWAT and Intermission.

Born and raised in Castleknock in the Republic of Ireland, Colin is the son of former football player, Eamon Farrell and nephew of Tommy Farrell. Both Tommy and Eamon Farrell played for the Irish football club Shamrock Rovers in the 1960s. It was Farrell’s early teenage ambition to follow in his father and uncle’s footsteps, however his interest soon turned towards acting and he joined the Gaity School of Drama in Dublin. Before completing his course, Colin landed starring roles in Deirdre Purcell’s TV drama Falling for a Dancer and the BBC series Ballykissangel. A role in Tim Roth’s directorial debut The War Zone followed soon after.