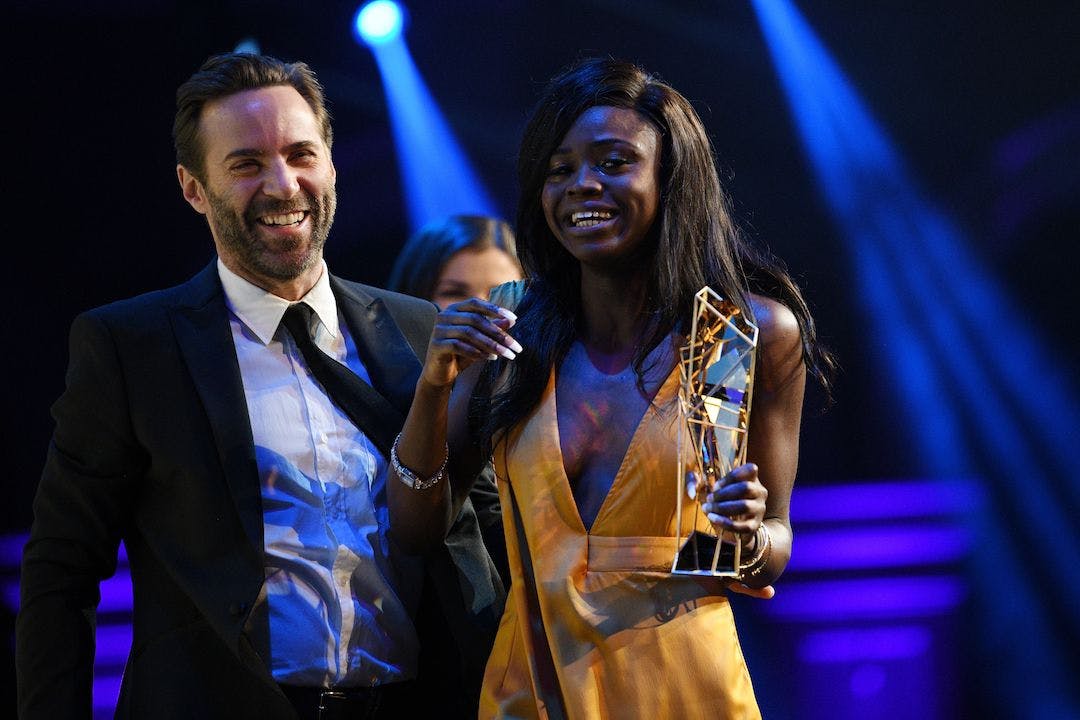 5 BIFAs for The Personal History of David Copperfield

Two awards each for Judy, The Last Tree and Only You

Documentary For Sama was named Best British Independent Film 2019 at the 22nd BIFA ceremony, the first documentary to win that award.

The film, an intimate and scarring portrait of a young mother’s experience of the Syrian civil war, won Best British Independent Film, Best Director sponsored by Broadsword Event House and Best Documentary. The three awards announced this evening were added to the previously announced win for Best Editing sponsored by Intermission Film.

The Personal History of David Copperfield won two awards on the night: Best Supporting Actor for Hugh Laurie, who plays Mr Dick in Armando Iannucci’s adaptation of the Dickens classic, and Best Screenplay sponsored by BBC Films for writers Armando Iannucci and Simon Blackwell. Previously announced had been the film’s awards for Best Casting sponsored by Casting Society of America and Spotlight, Best Costume Design, and Best Production Design sponsored by Studio Juice.

Sam Adewunmi was named Most Promising Newcomer for his first significant performance in a British feature film, Shola Amoo’s The Last Tree. In the film he plays Femi, a British boy of Nigerian heritage struggling to adjust to a new life in London. His co-star Ruthxjiah Bellenea received the award for Best Supporting Actress.

Writer Emma Jane Unsworth won the award for Debut Screenwriter sponsored by Film4 for her big-screen adaptation of her second novel, Animals, which stars Holliday Grainger and Alia Shawkat as a pair of hedonistic, hard-partying best friends whose lives begin to change as they enter their 30s.

Producers Kate Byers and Linn Waite won the Breakthrough Producer award for their film Bait. Written and directed by Cornish filmmaker Mark Jenkin, Bait follows Martin, a fisherman without a boat struggling to survive in a changing economy. The film is set in the modern-day but was shot on hand-processed, black and white film stock on a hand-cranked ’80s Bolex camera, with all sound added in post-production.

The Raindance Discovery Award went to Children of the Snow Land. This remarkable documentary tells the stories of children born in the high Himalayas of Nepal who spend over 10 years in schools away from their parents before making the long and dangerous trek back home.

The only category of the night open to non-UK films, Best International Independent Film sponsored by Champagne Taittinger, was won by Bong Joon Ho’s Parasite. The legendary South Korean filmmaker’s latest film is a dark comedy about an unemployed, unmotivated patriarch and his equally unambitious family who catch a lucky break when they become entangled with a wealthy household.

The Special Jury Prize was presented to Amanda Nevill CBE. Nevill is the outgoing CEO of the British Film Institute (BFI) and has been praised for transforming the organisation and the wider film industry with initiatives designed to support a vibrant national film culture across all sectors, from production to distribution. The jury praised her openness, deep personal involvement in her work and determination to involve filmmakers in all aspects of the BFI’s strategies and activities during her tenure.

As previously announced, Kristin Scott Thomas was presented with the 2019 Richard Harris Award for Outstanding Contribution by an Actor to British Film.

The 22nd ceremony was hosted by Aisling Bea at Old Billingsgate. Highlights of the ceremony can be viewed at facebook.com/bifa.film

Photography from the night can be found here.