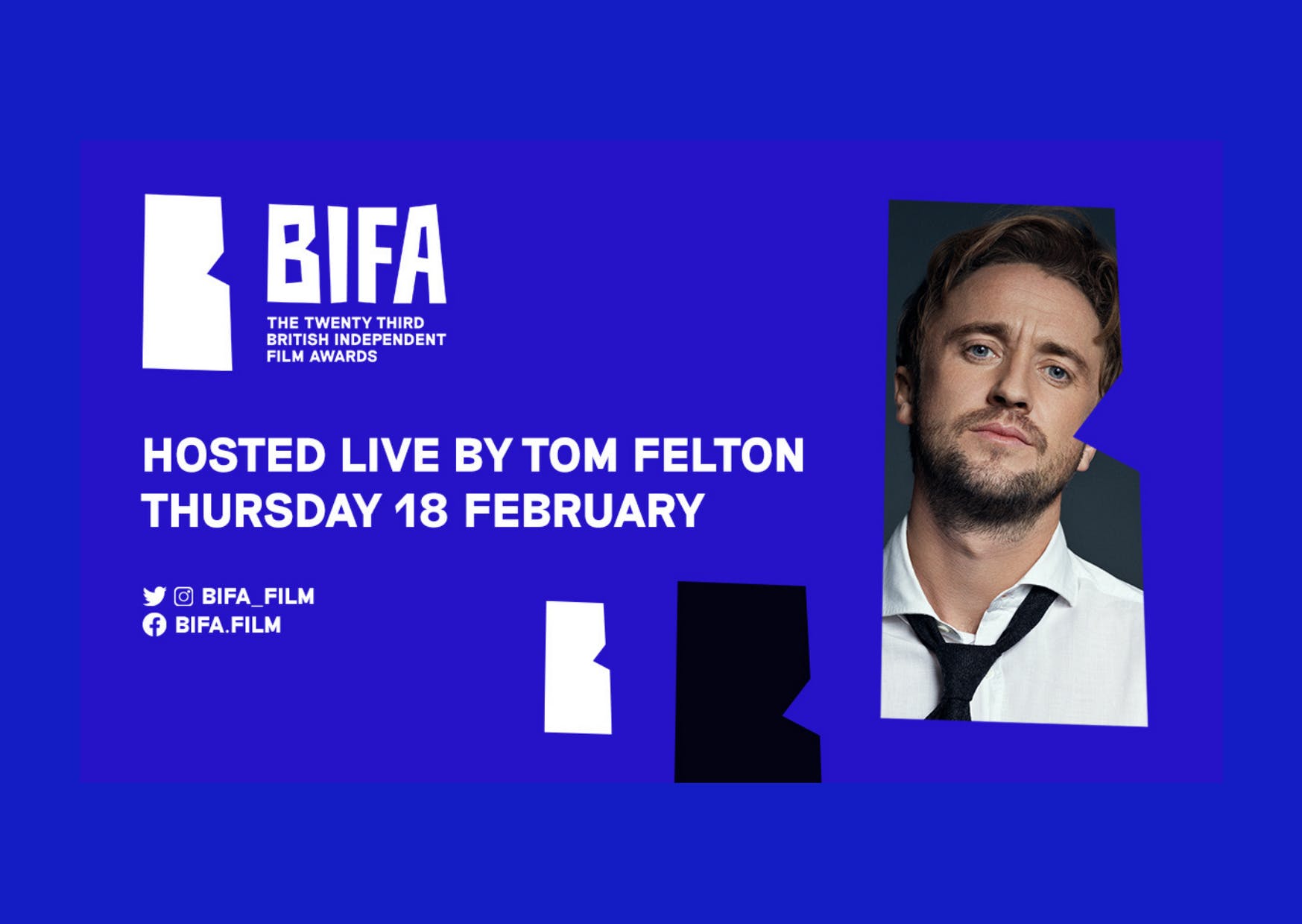 Winners will be announced on 18th February

Ceremony will be livestreamed

The British Independent Film Awards (BIFA) today announced that Tom Felton will be hosting the presentation of the winners on Thursday 18th February 8pm.

The winners will be announced during a fun and freewheeling 45 minute programme hosted by Tom live from Wales (where he is currently filming Save the Cinema for Sky Cinema, with Jonathan Pryce, Samantha Morton and Susan Wokoma, directed by Sara Sugarman). Tom will be joined by a glittering array of friends and special guests including British and international film talent, helping to reveal the winners to our virtual audience. Join us live for chats with jurors and famous film fans about this year’s outstanding nominees, and find out first who has won the 2020 BIFAs, all live on BIFA’s Facebook page.

Tom commented: “British Film has been part of my life for as long as I can remember and now, more than ever, it is so important to support, recognise and celebrate those brilliant creatives who make them. Film brings us all together and I’m delighted to be hosting this year’s British Independent Film Awards.”

Actor and producer Tom Felton will next be seen in Dutch war epic The Forgotten Battle on Netflix later in the year. He is currently shooting Sky Original film Save the Cinema and after that will start work on Giles Borg’s feature Lead Heads. Having caught the industry’s attention as ‘Draco Malfoy’ in the internationally beloved Harry Potter franchise, Tom went on to star in: Twentieth Century Fox’s The Rise of The Planet of the Apes, LD Entertainment’s Megan Leavy, Sony’s Risen, IFC’s Ophelia, LD Entertainment In Secret and in Amma Asante’s Belle, a director with whom he collaborated for a second time in A United Kingdom. Recent credits include independent feature Whaling, CW’s The Flash, YouTube Original Series Origin and Netflix’s A Babysitter’s Guide to Monster Hunting. Tom is represented by 42 Management in the UK and Gersh and Management 360 in the US.

The live show will be produced by Annie Hughes and Jack Clark and executive produced by Catherine Bray, from Little Dot Studios.

Awards will be presented by a host of British and international film talent as winners, who will be in a virtual audience, find out live on the night whether they have won. There will also be live chats with jurors and famous film fans about this year’s outstanding nominees.

Nominations were announced in December, with Saint Maud, His House, Rocks, Calm With Horses, Mogul Mowgli and The Father leading the field.

BIFA announced the first of the 2020 winners earlier this week with the nine craft award categories.

For details of how to watch the winning films, visit watch.bifa.film

The livestream will take place on the evening of 18th February 8pm GMT on the BIFA Facebook and YouTube channels.