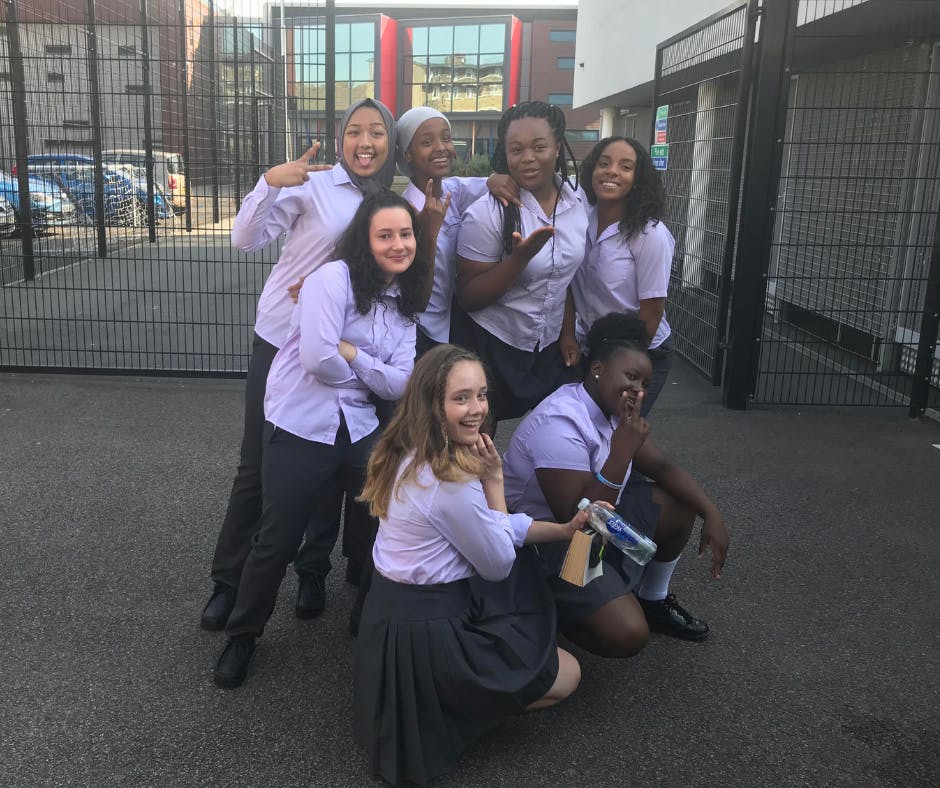 We sat down and had a chat with Rocks’ Costume Designer Ruka Johnson, to learn how the looks for the young cast were chosen.

BIFA: What are your favourite looks from the film? Why did you choose them?

RJ: I have so many looks from the film that I love – one of them is the scene where all the girls are on the rooftop looking over the horizon, it’s one of the shots that was used for the promo art work. I love it so much because I wanted to create a rainbow colour palette for the girls because to me that’s what they represent – colour & light, so every single colour is represented within their outfits in some way and it felt poetic the way they’re staring out over the sky all huddled together creating their own rainbow.

I also really love the scenes where Rocks & Emmanuel are staying at the B&B because I mirrored their costumes – they’re both in green tracksuits and it says a lot about their mental state, and the level of care Rocks is providing them (although she’s trying her best). 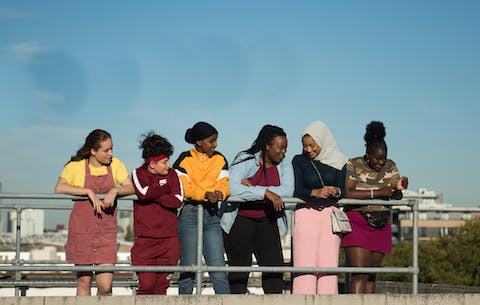 We see Emmanuel wearing his green pyjamas for the majority of the film (after their mum leaves) because Rocks isn’t enforcing him to change daily the way a mum would – then as things get more and more desperate, we see her slip into the same style of comfort. It was really important for me to mirror them in this scene because we see them bond and grow closer during their stay at the B&B to the point that they become one unit just trying to survive. So although it’s quite a sad section of the film, I really love this look because of what it represents. 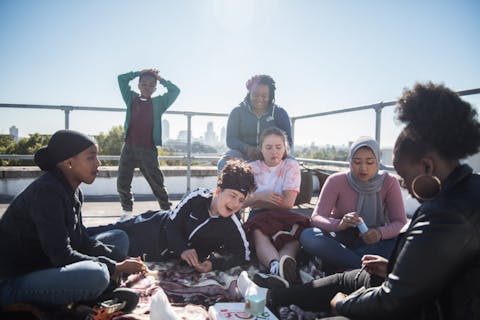 BIFA: Why did you want to tell this story?

RJ: I wanted to tell this story because the girls come from a similar background to me and I related to them in so many ways. I’m a big fan of coming age movies, but I feel like before this, young black London girls were very underrepresented onscreen – our coming of age movie didn’t really exist until now. And I knew I could bring a real authenticity to the cast and I’d be able to draw from my lived experience to make them real onscreen. So when I heard I was in the running to design this film, I jumped at the chance. 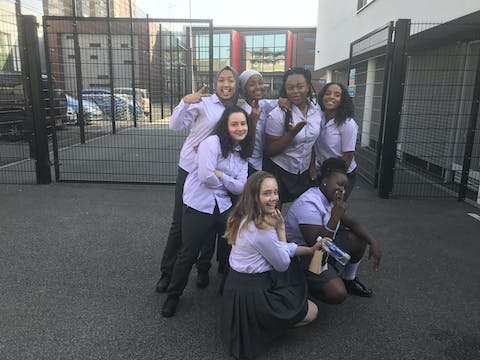 Rocks is out now in cinemas. Head over to watch.bifa.film to find a screening near you.