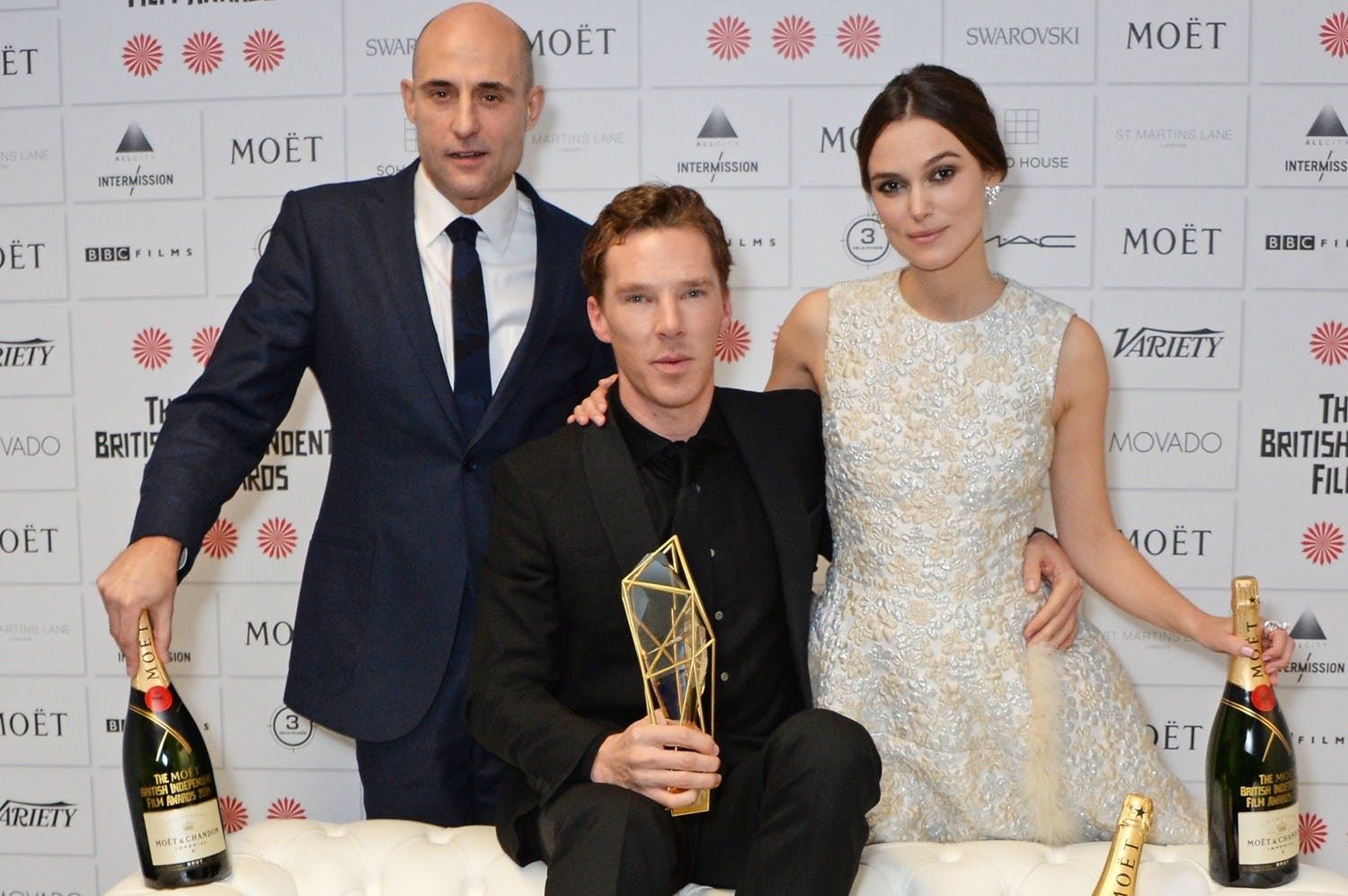 Monday 8 December 2014; Last night, at Old Billingsgate Market, the
stars of the British film industry braved the cold and arrived in hoards
for the 17th Moe¨t British Independent Film Awards. This glamorous
event, hosted by The Inbetweeners star Simon Bird, brought together
the cre`me de la cre`me of British cinema to celebrate the wealth of
independent British film this year.

The winners of best film, „Pride?, received a crystalised Jeroboam of Moe¨t & Chandon on stage when
they received their award which added to the celebratory spirit of the night.
All of the lucky winners took home the iconic award designed by Fredrikson Stallard, and created by
Swarovski as well as a personalised, Swarovski crystal encrusted magnum of Moe¨t & Chandon.

Benedict Cumberbatch, recipient of the prestigious Variety award, commented in his acceptance
speech “I?m a huge fan of independent cinema. And as a Brit it makes you very proud. That?s what it?s
about recognition wise. I?m very lucky”

In Moe¨t?s 5th year as title sponsor, guests were welcomed and invited to celebrate with Miniature Moe¨t
bottles, followed by Moe¨t & Chandon served from Magnums over the glamorous dinner.

During the after party Moe¨t & Chandon was served alongside Belvedere Vodka cocktails;

Apple Breeze – Vodka with Apple juice & Ginger beer, garnished with an apple slice (Belvedere). As
well as a delicious choice of Blackcurrant or Blackberry Bellini.

The Moe¨t & Chandon Pyramid also gave VIP guests the opportunity to try their hand at pouring
champagne in one of the most extraordinary and unique ways during the reception.

Music was provided by nine-piece The Incredibly Strange Film Band, who specialise in TV and film
themes from the 60?s to present day.

Images from the 2014 Awards ceremony are available to download from