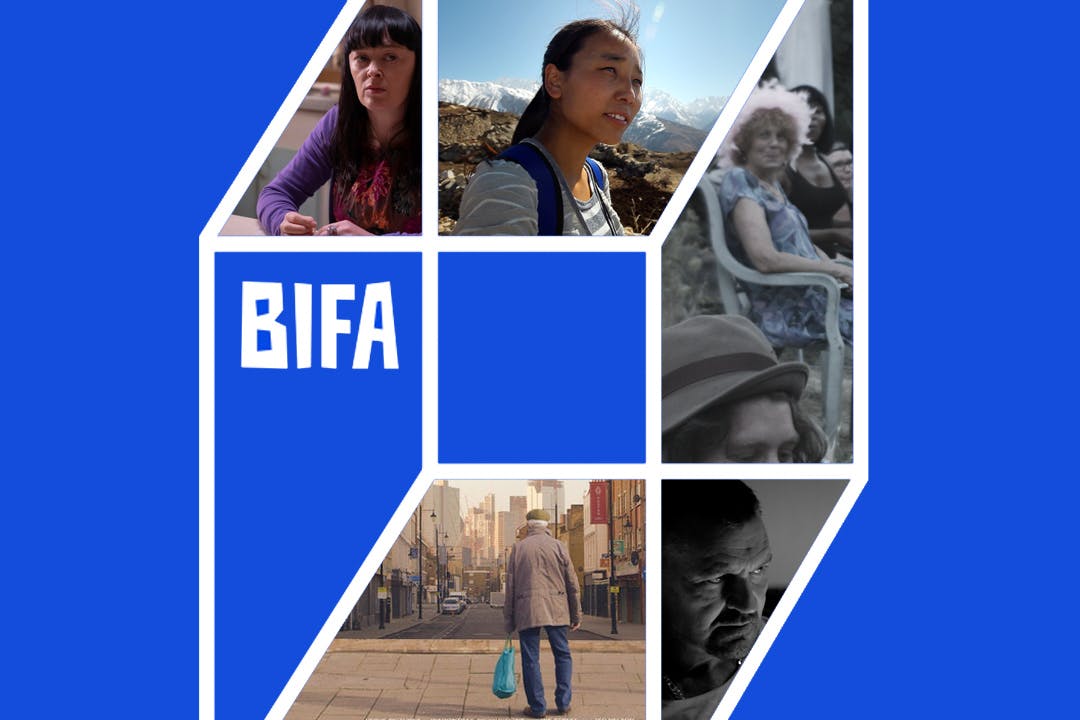 Since 1992, the Raindance Film Festival tagline has been “Discover. Be discovered.” This Raindance mantra inspired Elliot Grove and Suzanne Ballantyne of Raindance to launch BIFA in 1998 to celebrate emerging British talent.

The Raindance Discovery Award embodies the core component of independent film and all that Raindance and BIFA stand for. We look for films that not only display the technical creativity and flexibility that accompany a £500k budget, but innovation in the blending of forms, cultures and genres.

This category stands up for the underdogs, the outsiders, the rebels, the dreamers, and the poets. We look for films that ask all the hard questions, challenge every convention, and defy all authority. We want to give momentum to everyone who believes that a movie can propel a revolution. Over the years it has celebrated the debuts of some of the UK’s most exciting and unique filmmakers and artists: Ben Wheatley’s Down Terrace, Dave McKean’s Luna, Jeanie Finlay’s Orion: The Man Who Would be King and Jim Hosking’s The Greasy Strangler have all been honoured with this award.

Many of this year’s BIFA discoveries aptly reflect a time of political turmoil and displacement. They highlight the value of human connection and mutual support through periods of strife, and give voice to people whose lives face marginalisation. BIFA’s aim, and that of Raindance as founder, is to provide a platform for these new stories to shine their brightest and to defeat the silence of life on the margins.

The nominees for the 2019 Raindance Discovery Award are:

A Bump along the way

A Bump Along the Way is female-led, feel good, comedy drama set in Derry, Northern Ireland, about a middle-aged woman whose unexpected pregnancy after a one-night stand acts as the catalyst for her to finally take control of her life and become the role model her teenage daughter needs and craves.

Shelly Love, the film’s director, was particularly focused on giving an authentic account of the female experience in the making of this film. She also took care to treat the material with thoughtfulness and a light touch, avoiding the heavy-handed clichés that may have trapped a less insightful director. The film opened the 19th Belfast Film Festival, won the Best Irish Debut Feature award at Galway Film Fleadh and got a distribution deal for the UK and Ireland from Element Pictures. The film also screened in the Discovery section of the Toronto International Film Festival in 2019.

Children of the snow land

Children of the Snow Land tells the story of children born in High Himalayas of Nepal. At just 4 years old, they’re sent away by their parents to school in the city, in the hope that education will give them a better life. For twelve years they don’t see or speak to their parents. Now, aged 16, they trek home: a lengthy journey across mountains to an ancient place, where traditional parents are waiting to see children brought up in a modern world. Then the earthquake strikes. Children of the Snow Land documents their scary, funny, moving and humbling stories.

Zara Balfour and Marcus Stephenson’s filmmaking journey was exactly that – an actual journey. Over five years they gained the trust of local communities and children, trained them in filmmaking and filmed their lives and stories. With DOP Mark Hakansson, Zara walked 300 miles through the Himalayas to document the children on their journeys. With just two people on the crew, trekking to some of the most remote places on the planet, Zara and Mark had to innovate ways of filming and take great risks on the journey across treacherous mountain paths. The film has achieved over 60 cinema screenings and coverage across UK media – an incredible feat considering that it was made entirely independently, with no support from the industry and on a tiny budget.

Ten Londoners and a dog. An uncommon story on common ground. All have lives shaped by loss and love, trauma and bravery, struggle and resistance. They grapple with a system that is stacked against them. They dance together, steal together, eat together; agree and disagree, celebrate their differences and share their talents. They cycle, they play, they ride a horse. The lines between one person’s story and another’s performance are blurred and the borders between reality and fiction are porous. Eventually they come together on a makeshift stage in a place between two train tracks. They spark a debate about the world we live in, who has stolen what from whom, and how things might be fixed.

Here for Life, commissioned and produced by Artangel, depicts a hidden reality of London today; it is a collaboration between filmmaker Andrea Luka Zimmerman, theatre-maker Adrian Jackson and a troupe of displaced performers presenting a powerful and unusual portrait of urban life. This is ambitious filmmaking that takes risks in form and content.

From acclaimed writer-director Gerard Johnson comes a psychological thriller that’s dripping in sweat, tears, and testosterone. MUSCLE is the story of Simon, an unhappy, unambitious office worker whose life is gradually taken over by Terry, his new, very hands-on personal trainer who reveals himself to be more committed — and more dangerous — than Simon could have imagined.

Muscle was an unusually demanding micro-budget feature to shoot with a lot of considerations from the outset. The film was shot in black & white, in Newcastle, with many of the cast being non-professional actors. A lot of work went into making the film as authentic and as local as possible, from the gym to the out-of-control parties. The film was shot in two blocks, giving lead actor Cavan Clerkin a gruelling 12-week period in between to alter his physical appearance according to the demands of the script.

Focusing on one street and its inhabitants over a three-year period, the film charts the toxic collision of gentrification, austerity and the nation’s slide into Brexit.

The Street was a passion project for director, writer and producer Zed Nelson. Over four years (two of which he worked entirely alone), Zed gained the confidence of the residents and business owners of the street, personally meeting and interviewing 122 people (55 of whom appear in the finished film). As the film began to take shape, Zed won funding from the Museum of London, Arts Council England and the Alcea Foundation, and also managed to obtain the help of Academy Award-winning composer Rachel Portman to score the film. The Street is a testament to authentic, independent storytelling and premiered at the London Film Festival in October 2019.