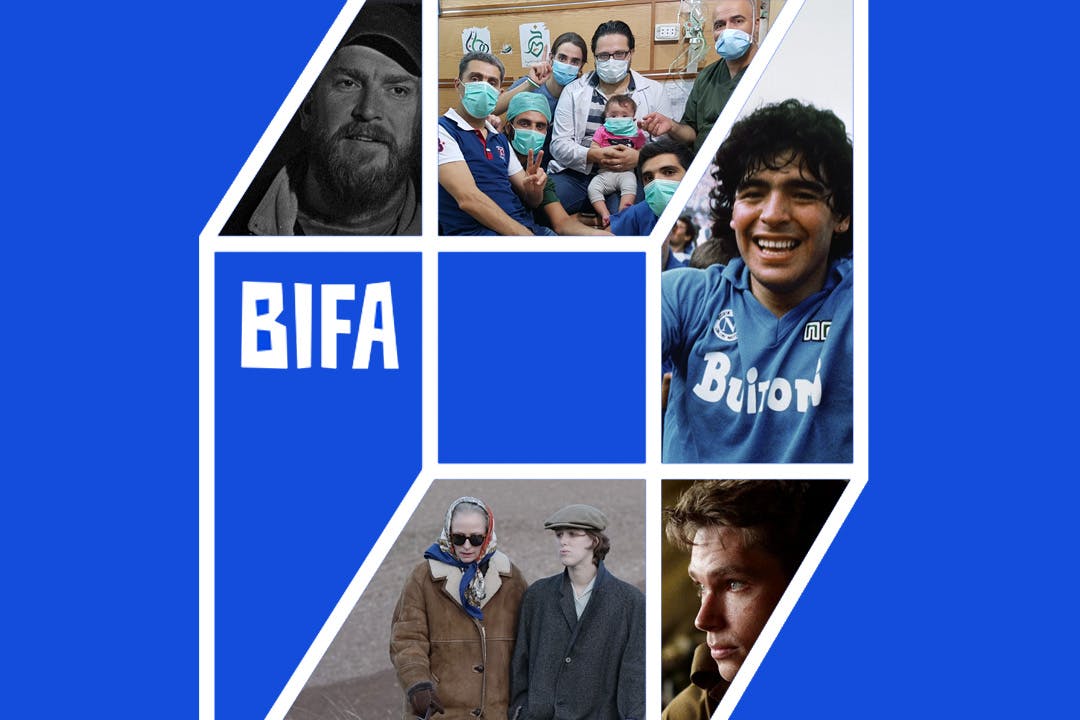 THE FIVE BEST DIRECTORS OF BRITISH FILMS OF 2019

In 2017 and 2018, the same five films were nominated across BIFA’s Best Director, Best Screenplay and Best British Independent Film awards. This year there are nine films nominated across those three categories, and only one common nominee between Best Screenplay and Best Director; make of that what you will, but we like to think that it shows that there are almost too many excellent films, directors and screenplays this year – our nominations are bursting at the seams.

The directors nominated for the BIFA 2019 Best Director award are hugely talented and the stories they tell are remarkable. It’s particularly exciting to have directors from two documentaries nominated, Asif Kapadia for Diego Maradona and Waad al-Kateab and Edward Watts for For Sama. For their part, the directors nominated for fiction film traverse time, space and style with their work: on the table are rural Cornwall done in ‘70s black & white 16mm (Bait), a love story set in ‘80s London (The Souvenir) and a story of a young man’s conscription into the South Africa’s military (Moffie).

Discover more about each nominated director – and how to watch their films – here:

Watch it on DVD and at some screenings

Martin Ward is a cove fisherman who can’t afford a boat. His brother Steven has re-purposed their father’s vessel as a tourist tripper, driving a wedge between the brothers. With their childhood home now a get-away for London money, Martin is displaced to the estate above the picturesque harbour. As his struggle to restore the family to their traditional place creates increasing friction with tourists and locals alike, a tragedy at the heart of the family changes his world.

Director (and also writer, composer, cinematographer and editor) Mark Jenkin shot the film on location in his native Cornwall with a 1970s 60mm wind-up Bolex camera on black and white film that he processed himself. His previous films, both shorts and features, have screened and won awards at festivals around the world. Jenkins is also an associate of Falmouth University, where he lectures Film.

Watch it on demand and at some screenings

The third film from the BIFA, Academy Award and BAFTA-winning team behind Senna and Amy, and producer Paul Martin, Diego Maradona is constructed from over 500 hours of never-before-seen footage from Maradona’s personal archive with the full support of the man himself. On 5th July 1984, Diego Maradona arrived in Naples for a world-record fee. For seven years all hell broke loose. The world’s most celebrated football icon and the most passionate but dangerous city in Europe were a perfect match for each other. On the pitch, Diego Maradona was a genius. Off the pitch, he was treated like a God. The charismatic Argentine loved a fight against the odds and led Napoli to their first-ever title. It was the stuff of dreams. But there was a price… Diego could do as he pleased while performing miracles on the pitch but, as time passed, darker days closed in.

Watch it now on Channel4

For Sama is both an intimate and epic journey into the female experience of war. A love letter from a young mother to her daughter, the film tells the story of Waad al-Kateab’s life through five years of the uprising in Aleppo, Syria as she falls in love, gets married and gives birth to Sama, all while cataclysmic conflict rises around her. Her camera captures incredible stories of loss, laughter and survival as Waad wrestles with an impossible choice– whether or not to flee the city to protect her daughter’s life, when leaving means abandoning the struggle for freedom for which she has already sacrificed so much.

For Sama is the first feature documentary by Emmy award-winning filmmakers Waad al-Kateab and Edward Watts. In January 2016, Waad al-Kateab started documenting the horrors of Aleppo for Channel 4 News in a series of devastating films simply titled Inside Aleppo. The reports she made for Channel 4 News on the conflict in Syria, and the most complex humanitarian crisis in the world, became the most watched pieces on the UK news programme – and received almost half a billion views online and won 24 awards – including the 2016 International Emmy for breaking news coverage. Edward Watts is an Emmy award-winning, BAFTA nominated filmmaker who has directed over twenty narrative and documentary films that tell true stories of courage, heroism and humour from across the world, covering everything from war crimes in the Congo to the colourful lives of residents in the favelas of Rio de Janeiro.

To be a moffie is to be weak, effeminate, illegal. The year is 1981 and South Africa’s white minority government is embroiled in a conflict on the southern Angolan border. Like all white boys over the age of 16, Nicholas Van der Swart must complete two years of compulsory military service to defend the Apartheid regime. The threat of communism and “die swart gevaar” (“the black danger”) is at an all-time high. But that’s not the only danger Nicholas faces. He must survive the brutality of the army – something that becomes even more difficult when a connection is sparked between him and a fellow recruit.

Julie is a young film student struggling to find a firm direction in life when she meets the seemingly unwavering and decisive Anthony. The two immediately take to one another and an intense romance blossoms between them. However, as the relationship develops it becomes clear that Anthony is not being honest about all aspects of himself and Julie slowly discovers that they could have potentially devastating consequences for them both.

Joanna Hogg is one of the UK’s most fiercely independent and unique filmmakers and has a knack for discovering and nurturing incredible performers and performances. She graduated from the NFTS in 1986 with a short film, Caprice, which starred Tilda Swinton in her first-ever on-screen role. Hogg initially worked in TV before turning her hand to feature films for the first time in 2007 with Unrelated – Tom Hiddleston’s first cinema credit. The Souvenir is her fourth feature to date, following Unrelated, Archipelago (2010) and Exhibition (2013). The Souvenir: Part II is in the works.