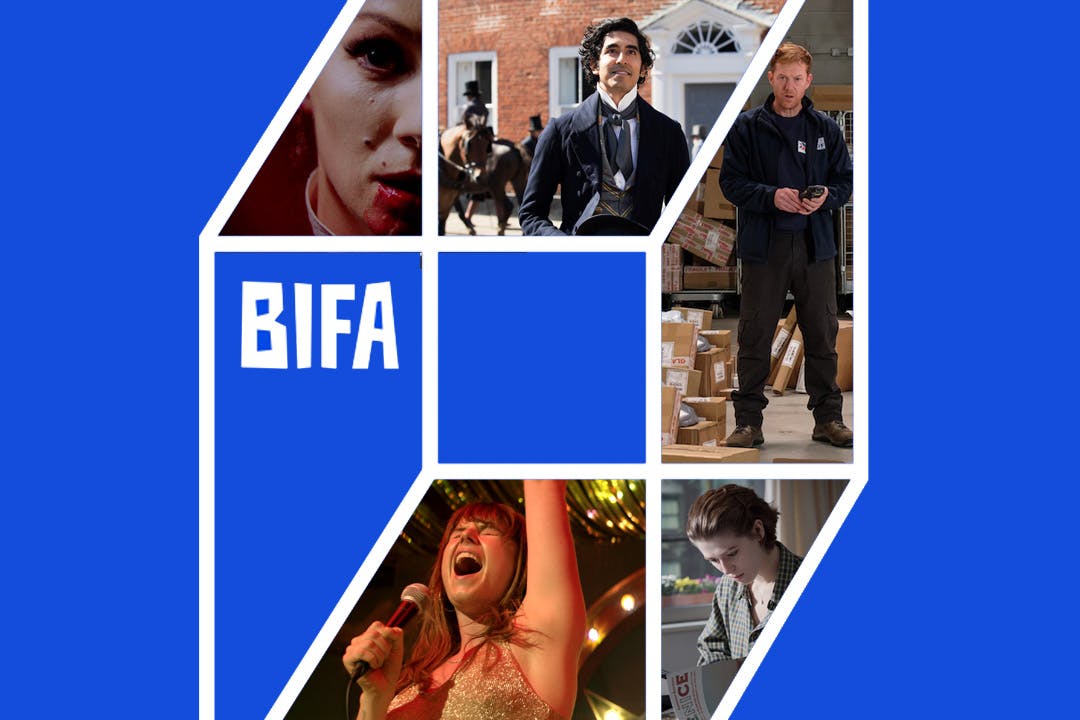 THE FIVE BEST BRITISH SCREENWRITERS OF 2019

The films nominated for the BIFA Best Screenplay award this year are testaments to their writers’ skills and creativity, and to the British film industry’s local roots and international outlook and success. Nominees include the transatlantic tale of a Glaswegian woman who dreams of being a country singer (Wild Rose by Nicole Taylor); a tense and unsettling romance set in ‘80s London (The Souvenir by Joanna Hogg); Ken Loach and Paul Laverty’s exploration of the effects of labour exploitation on a family (Sorry We Missed You by Paul Laverty); a ghost story about a cursed dress (In Fabric by Peter Strickland); and a retelling of a Charles Dickens classic by two of the UK’s most lauded comedy writers (The Personal History of David Copperfield by Armando Iannucci and Simon Blackwell).

All of these films are very worth your time – find out more about each and where you can watch them here:

Watch the film on digital & DVD/Blu-ray

Set during the January sales in a Thames Valley town, In Fabric follows the life of a cheap, cursed dress as it passes from person to person with devastating consequences.

Peter Strickland has previously been nominated at BIFA four times and won once. His first nomination came in 2009 for the Debut Director award for his first feature film, Katalin Varga (he had previously written and directed two short films). In 2012, he was nominated three times for Berberian Sound Studio, for Best Director, Best Screenplay and Best British Film, and walked away with the Best Director trophy.

THE PERSONAL HISTORY OF DAVID COPPERFIELD

Adapted from the classic novel by Charles Dickens, The Personal History of David Copperfield brings to life one of the author’s most cherished characters. From birth to infancy, from adolescence to adulthood, the good-hearted David Copperfield is surrounded by kindness, wickedness, poverty and wealth, as he meets an array of remarkable characters in Victorian England. As David sets out to be a writer, in his quest for family, friendship, romance and status, the story of his life is the most seductive tale of all.

Armando Iannucci and Simon Blackwell are both previous winners of the Best Screenplay award at BIFA, having taken a trophy home for In the Loop, 2009’s big-screen version of their hilarious TV show The Thick of It. Both were also nominated for the Best British Independent Film award for that film, and Iannucci has been nominated a further five times: for Best Director and Debut Director for In the Loop and for those two categories and Best Film for his previous film, The Death of Stalin.

sorry we missed you

Watch the film in cinemas now!

Ricky, Abby and their two children live in Newcastle. They are a strong family who care for each other. Ricky has skipped from one labouring job to another while Abby, who loves her work, cares for old people. Despite working longer and harder they realise they will never have independence or their own home. It’s now or never; the app revolution offers Ricky a golden opportunity. He and Abby make a bet. She sells her car so Ricky can buy a shiny new van and become a freelance driver, with his own business at last. The modern world impinges on these four souls in the privacy of their kitchen; the future beckons.

There are some heavy hitters in these nominations but perhaps none heavier than Paul Laverty (and his long-term directing partner Ken Loach). Laverty has been nominated for an astounding ten BIFAs for five different films in the past, from My Name is Joe to I, Daniel Blake. He has won the Best Screenplay award once before – the first time he was nominated, at BIFA’s very first ceremony in 1998, for My Name is Joe. Interestingly, Paul Laverty wrote another BIFA nominee this year – Yuli: The Carlos Acosta Story, for which Edlison Manuel Olbera Núñez is nominated in the Best Supporting Actor category.

Julie is a young film student struggling to find a firm direction in life when she meets the seemingly unwavering and decisive Anthony. The two immediately take to one another and an intense romance blossoms between them. However, as the relationship develops it becomes clear that Anthony is not being honest about all aspects of himself and Julie slowly discovers that they could have potentially devastating consequences for them both.

Joanna Hogg is one of the UK’s most fiercely independent and unique filmmakers and has a knack for discovering and nurturing incredible performers and performances. She graduated from the NFTS in 1986 with a short film, Caprice, which starred Tilda Swinton in her first-ever on-screen role. Hogg initially worked in TV before turning her hand to feature films for the first time in 2007 with Unrelated – Tom Hiddleston’s first cinema credit. The Souvenir is her fourth feature to date, following Unrelated, Archipelago (2010) and Exhibition (2013). The Souvenir: Part II is in the works.

Watch the film:  On digital & DVD/Blu-ray

Rose-Lynn Harlan, 24, is bursting with raw talent, charisma and cheek. She is also fresh out of jail and has two young kids to support. All she wants to do is get the hell out of Glasgow and make it as a country singer. Rose-Lynn thinks her only chance of happiness lies in the Country capital of the world – Nashville, Tennessee. Marion, Rose-Lynn’s mother wants her to settle down, accept her life, and take responsibility for herself, but when a chance encounter brings Rose-Lynn closer to her dreams of Nashville, she faces what she perceives as a choice between family and stardom.

Wild Rose marks Nicole Taylor’s first foray into filmmaking, though she has previously been a highly successful writer for TV with credits including Secret Diary of a Call Girl, Ashes to Ashes and The Hour. She won a BAFTA in 2018 for her BBC mini-series Three Girls and a BAFTA Scotland earlier this year for Wild Rose.