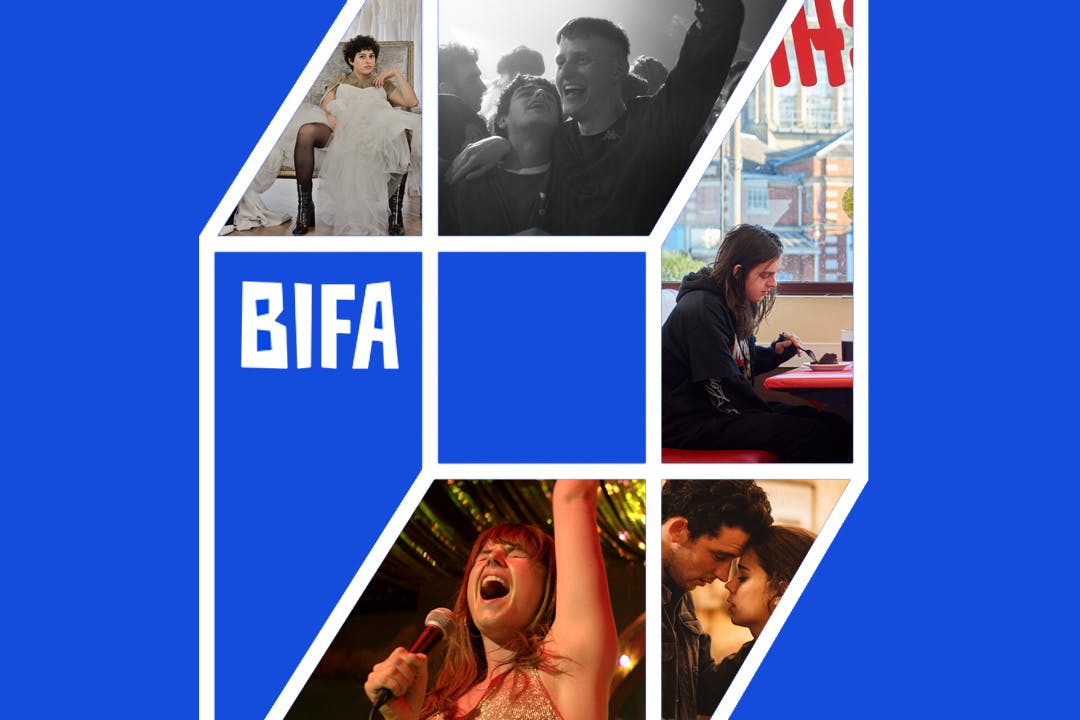 THE BEST NEW BRITISH SCREENWRITERS OF 2019

It’s hard to imagine that the Debut Screenwriter award, sponsored by Film4, has only been awarded three times at BIFA. The award was introduced in 2016, when it was given to Rachel Tunnard for her debut feature Adult Life Skills. Since then, it’s been awarded to Francis Lee (2017, God’s Own Country) and Bart Layton (2018, American Animals).

Hoping to join this exclusive club of exceptionally talented writers this year are five worthy contenders. Particularly pleasing is the fact that four of the five nominees are women; screenwriting is not a field which is traditionally as dominated by men as others (e.g. directing, cinematography) but there is certainly an imbalance that needs redressing and it is encouraging to see exciting new female talent rising through the competition at BIFA 2019.

Laura and Tyler are two girls who like to party – drink, drugs and general debauchery infuse their days while their careers and lives remain on hold. As they drift into their thirties, reality begins to bite, but Laura and Tyler will not be tamed so easily. A celebration of female friendship and the choices we make, Animals is an honest, unconventional and very funny snapshot of two very modern women.

Emma Jane Unsworth’s first novel was published in 2011 and won a Betty Trask Award from the Society of Authors. Her second novel, Animals, was published in 2014 and won a Jerwood Fiction Uncovered Prize and was shortlisted for the Portico Prize. Animals has been published in the US and Canada and has been translated into Spanish, French and German. Unsworth adapted the novel into a screenplay and the film, produced by Sarah Brocklehurst Productions, Closer Productions and Vico Films, directed by Sophie Hyde (52 Tuesdays) and starring Holliday Grainger (Great Expectations, The Borgias) and Alia Shawkat (Arrested Development, Search Party). Unsworth’s next two novels are due to be published by The Borough Press/HarperCollins in summer 2019 and 2020. Unsworth is also writing for television, with a drama series about a refuge for homeless women currently in development with Red Productions (Happy Valley) and Sarah Brocklehurst Productions. As a journalist, she writes regularly for various publications, including Guardian Weekend and The Pool.

Best mates Johnno and Spanner share a deep bond. Now on the cusp of adulthood, life is destined to take them in different directions – Johnno’s family are moving him to a new town and a better life, leaving Spanner behind to face a precarious future. But this summer is going to be different for them, and for the country. The explosion of the free party scene and the largest counter-cultural youth movement in recent history is happening across the UK. A universal coming of age story, set to a soundtrack as eclectic and electrifying as the scene it gave birth to, Beats is a story for our time.

Kieran Hurley is an award-winning writer, performer and theatre-maker whose work has been presented throughout the UK and internationally. Recent plays include Mouthpiece, Square Go, A Six-Inch Layer of Topsoil and the Fact It Rains, Heads Up and Rantin. Beats is Kieran’s debut screenplay, co-written with director Brian Welsh and adapted from his hit play of the same title.

Days of the Bagnold Summer

Adapted from the graphic novel by Joff Winterhart, Days of the Bagnold Summer is a tender, funny coming-of-age story about single parenting and heavy metal. Sue works in a library. Daniel eats crisps and listens to Metallica. This was the summer Daniel was due to spend with his dad and his dad’s new wife in Florida. But when they cancel his trip at the last minute, Sue and Daniel suddenly face the prospect of six long weeks together. An epic war of wills ensues in the unassuming battleground of their suburban home as they each reckon with private tragedies – and pursue their personal passions.

Lisa Owens is an author and screenwriter. Her debut novel Not Working was a BBC Radio Four Book at Bedtime, a Foyles book of the year, and has so far been translated into nine languages. Days of the Bagnold Summer is her first screenplay.

Elena, 35, and Jake, 26, meet by chance on New Years Eve, fighting for the same taxi. But, instead of going their separate ways after a shared ride, they start a passionate relationship. Within weeks they are living together, and not long after they talk about starting a family. But, as the seasons pass, reality catches up with them. Falling in love was the easy part, but can they remain in love when life doesn’t give them everything they hoped for?

Harry Wootliff was BAFTA-nominated for her debut short film, Nits, which was selected for Cannes Directors’ Fortnight in 2005. Her second short, Trip, followed in 2009, and was selected for the Berlinale as well as more than 30 other festivals worldwide. With her debut feature film, ONLY YOU, Wootliff affirms this early promise and offers an original, moving and vibrant take on the modern love story, featuring stellar performances by two rising stars in current European film.

Rose-Lynn Harlan, 24, is bursting with raw talent, charisma and cheek. She is also fresh out of jail and has two young kids to support. All she wants to do is get the hell out of Glasgow and make it as a country singer. Rose-Lynn thinks her only chance of happiness lies in the Country capital of the world – Nashville, Tennessee. Marion, Rose-Lynn’s mother wants her to settle down, accept her life, and take responsibility for herself, but when a chance encounter brings Rose-Lynn closer to her dreams of Nashville, she faces what she perceives as a choice between family and stardom.

Nicole Taylor wrote BBC One’s critically acclaimed Three Girls about the Rochdale grooming scandal. Prior to that Nicole’s BAFTA nominated single drama The C Word was produced for BBC One. Previously she has written on numerous series, including Indian Summers for Channel 4, The Hour for BBC Two and Ashes to Ashes for BBC One. Nicole is the Edinburgh International Film Festival’s screenwriter in residence for 2017-2018. She is currently writing an original series for BBC One and working on a feature adaptation for Fox Searchlight. A lifelong country music fan, Nicole co-wrote many of the songs on the film’s soundtrack. She was born and raised in Glasgow.