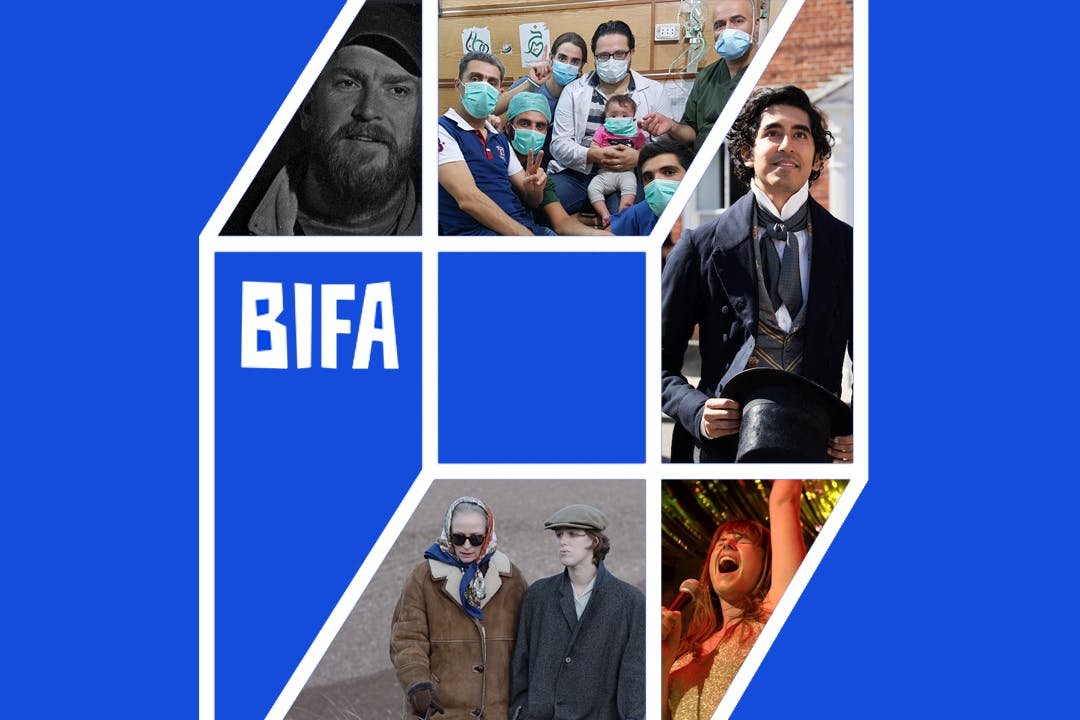 State of the Nation

The great French New Wave director François Truffaut once dismissed British cinema with an airy wave of the hand, opining snootily that the idea was “a contradiction in terms”. Truffaut passed away 35 years ago, in 1984, presumably with Vangelis’s synth score to Hugh Hudson’s 1981 tasteful heritage-cinema Oscar-winner Chariots Of Fire still ringing in his ears. Had Truffaut lived a little longer, however, he would have seen a big change in the landscape, starting the following year with Stephen Frears’ My Beautiful Laundrette, a film that might well be the Rosetta Stone of modern indie cinema, ushering in a new era of directors, producers and stars. OK, so Morons From Outer Space came out in 1985 too, but it’s likely that Cahiers Du Cinema didn’t cover that one.

The five films nominated for Best British Independent Film show just how far British film has travelled in that time – literally. Every one of the five shortlisted films began its life at a foreign film festival, starting with Johanna Hogg’s The Souvenir, which premiered at Sundance in January. Surprisingly, the film won the Grand Jury prize for World Cinema, despite being many things that typical Sundance fare is not. Indeed, one would be hard-pressed to find a film less achingly hip at this year’s festival, telling the story of a middle-class film student (Honor Swinton Byrne) who falls into a toxic co-dependent relationship with a controlling, heroin-addicted civil servant (Tom Burke). With its austere, formal elegance, Hogg’s film fit right into its next booking: the Berlin film festival.

Berlin is where you might also have caught Mark Jenkin’s Bait, perhaps the most ambitious and, paradoxically, the most lo-fi of this year’s contenders. The story might seem unremarkable – two fishermen are confronted with gentrification in their sleepy Cornish town – but the execution is anything but. Shot on black-and-white film with a Bolex camera, the film was hand-developed by the director in a way that was deliberately intended to maximise the vulnerability of celluloid, distressing it with glitches, jumps and scratches. The sound, too, was pushed for experimentation, using non-synch dialogue to create a hypnotic alternate reality. Small wonder that film festivals all over the world went crazy for it.

The one documentary on the list, For Sama, made a big impression when it made its debut at Cannes in May, in a Special Screenings slot. Co-directed by Waad al-Kateab and Edward Watts, the film follows the life of al-Kateab through five tumultuous years in Aleppo, Syria. After falling in love, getting married and having a baby, al-Kateab begins documenting her life for the child – the Sama of title – as she weighs up her choices: should she stay in a dangerous war zone in solidarity with her friends and family or abandon them to protect her daughter? This powerful, moving and often heartbreaking film went on to have a long and fruitful festival life, and is still hoovering up awards as we head into 2020.

But not all festivals cater to the austere, the experimental and the sobering: the annual Toronto film festival is very much an audience-facing festival that showcases the more feelgood qualities of contemporary British indie cinema. Toronto is where Oscar campaigns begin to form, and one of last year’s word-of-mouth hits was Tom Harper’s Wild Rose. Starring last year’s Most Promising Newcomer Jessie Buckley, the film tells the story of Glaswegian ex-con Rose Lynn, whose dreams of becoming a country and western singer are thwarted by the grim realities of her working-class single-mum existence. After screening the film to packed houses, Buckley blew the roof off her own premiere party with a private performance of blues classics, and continued to rock the house at later festivals – notably the hard-to-impress South By Southwest in Austin, Texas.

This year, TIFF was where Armando Iannucci chose to premiere his unexpectedly tender crowdpleaser The Personal History Of David Copperfield, starring Dev Patel. After waiting ten long years for a follow-up to 2009’s  foul-mouthed In The Loop – itself a surprise hit at the usually PC Sundance festival – audiences were surprised by the gentleness of Iannucci’s PG-rated adaptation of Charles Dickens’ classic novel. Anchored by Patel’s charismatic star turn and peppered with cameos from the likes of Tilda Swinton, Hugh Laurie and Peter Capaldi, The Personal History… paves the way for a new kind of British cinema, a new and inclusive world of colour-blind casting that ignores the dusty corset cinema of old and instead explores the past through the prism of the present.

Indeed, this year’s Bifa line-up tests the very idea of what a British film looks like, and not only are they expanding the boundaries, they are taking audiences with them too. It’s unlikely that François Truffaut would find much to argue with; British indie cinema has long since come of age, and is growing old gracefully.