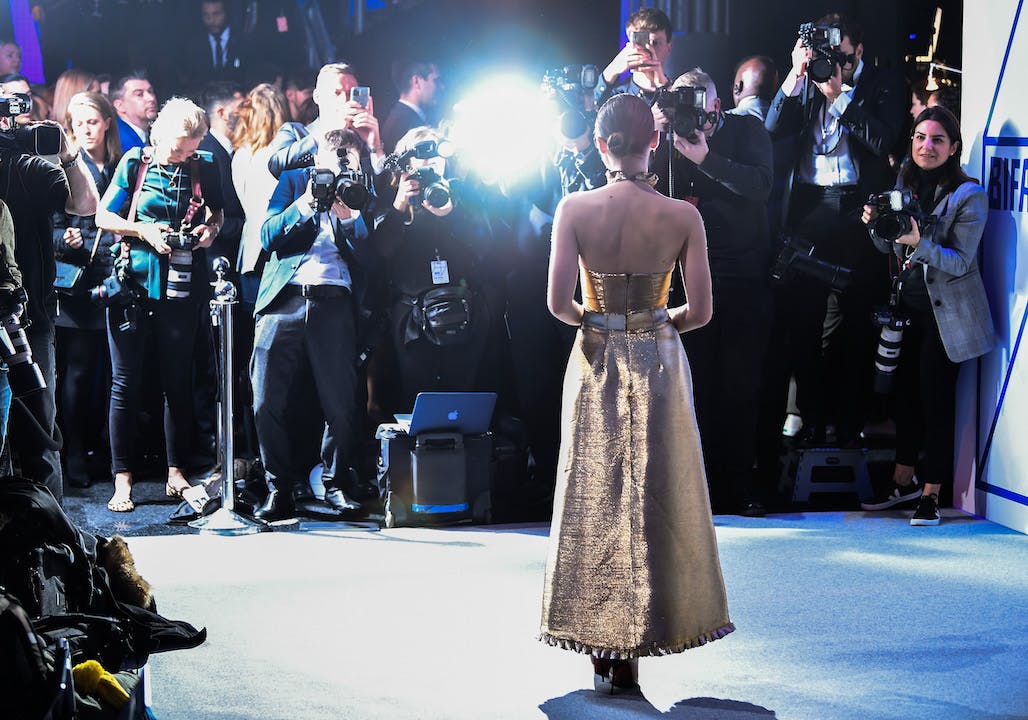 entries to the british independent film awards 2020 ARE NOW OPEN.
Here are key changes and updates to our rules and eligibility criteria that entrants should know about.

We are committed to ensuring that we continue to support the British independent film community. We have adapted the way we work to keep the BIFA team safe and sound whilst focusing on how we can respond to this incredibly challenging time in a meaningful and helpful way. We have developed a more flexible approach to our current activities in order to be as adaptable as possible through 2020 and into 2021.

We have decided that we should aim for our film entry and voting processes to take place on a similar timescale to previous years to ensure minimal disruption to our processes and to the wider film calendar: come winter, we plan to be ready to announce and celebrate the best in British independent filmmaking. Our industry and filmmakers deserve it.

This means making some changes to our eligibility criteria, especially our criteria around festival and theatrical releases that make films eligible for BIFA. Due to the effects of the Coronavirus pandemic, many films that were scheduled to screen at festivals or on general release over Spring/Summer 2020 (and perhaps later) are no longer able to do so and so may, according to our usual rules, be deemed ineligible for BIFA 2020 due to a lack of festival or general release screenings.

We are keen that this not be the case and that films that under normal circumstances would have been eligible for BIFA remain so. For this reason, if a film was programmed to play at a festival or to screen on general release but did not do so due to the impact of the pandemic, it will remain eligible for BIFA regardless of how its release strategy changed to accommodate the circumstances. Emails from festival programmers and distributors confirming screenings, as well as public listings of film screenings on festival websites and the FDA website, will be used as proof that a film was scheduled for screenings.

Update 26 June: Although some cinemas are planning to re-open, release schedules are still in flux. If many fewer films are released this year and therefore eligible for the Awards, it may make sense for us to reduce the number of nominations in each category (usually five in each category except for Effects, which is three) to reflect a lower number of entries. We’ll confirm this later in the process.

We’ll keep an eye on these rules and dates as the weeks go by and as (we hope) cinemas re-open. It’s possible that we may have to change deadlines and shift timelines if things change, so do follow us on (Twitter / Instagram / FB) for announcements. We’ll also keep those entrants who have already submitted a film informed of any changes, so do please give us permission to use your contact information to stay in touch.

There will be no entry fees for short films and feature films with production budgets under £1,000,000 before the Free Entry Deadline of Friday 14 August.

Thereafter, for the last few weeks of entries, a minimal entry fee will apply to all films being entered to BIFA at the following rates*:

In the event that an entrant cannot afford the entry fee, they are encouraged to contact BIFA on hello@bifa.film to discuss the possibility of a fee reduction or waiver.

Over the past two years we have been working to incorporate the BFI Diversity Standards into our entry criteria. Since 2018, British feature and short films that are entered to BIFA must be assessed against the Standards in order to be accepted.

From this year, British feature films must meet the BFI Diversity Standards in order to be accepted. This means completing an assessment and meeting two of the four Standards.

Short films do not need to meet the Standards but must be assessed against them in order to be accepted.

You can find out more about the BFI Diversity Standards here.

A new criterion is being added for the Raindance Discovery Award: films entered to this category must have no, or very limited, theatrical distribution deals in place. Films that have had, were scheduled to have, or will have theatrical distribution with a major, recognised distributor (see list below) will no longer be eligible to be entered to this category.

We are altering the rule that allows shorts that have not screened at a qualifying festival but have won any award to be entered.
Instead, in order to be eligible, short films must:

Short films that have won awards which are not on the qualifying festivals / awards list may still be entered but their acceptance to the BIFA competition is at the discretion of the Nomination Committee.

Two new festivals and one new awards body have been added to the list of qualifying festivals, awards bodies and online channels:

You can see the full list of qualifying festivals, awards bodies and online channels here.

We are changing who can be nominated for the Best Sound award. Previously, entrants could choose to either nominate the lead Sound Designer or the Sound Department as a whole (consisting of the Sound Designer, Supervising Sound Editor, Production Mixer and Re-recording Mixer).

From this year, entrants must nominate the Sound Department rather than an individual. BIFA will accept nominees with the following credits, up to a maximum of 5 nominees per film:

Please get in touch

We believe that the above changes improve how we celebrate the people and films of our industry, making BIFA a fairer ceremony for all. However, we also believe that our ethos this year should be about feedback and flexibility. If you have objections or think that you or your work would be disadvantaged in any way due to the changes we’re making, please do get in touch with us on hello@bifa.film.

Read our full rules & eligibility requirements, and get started with entering your film, here.