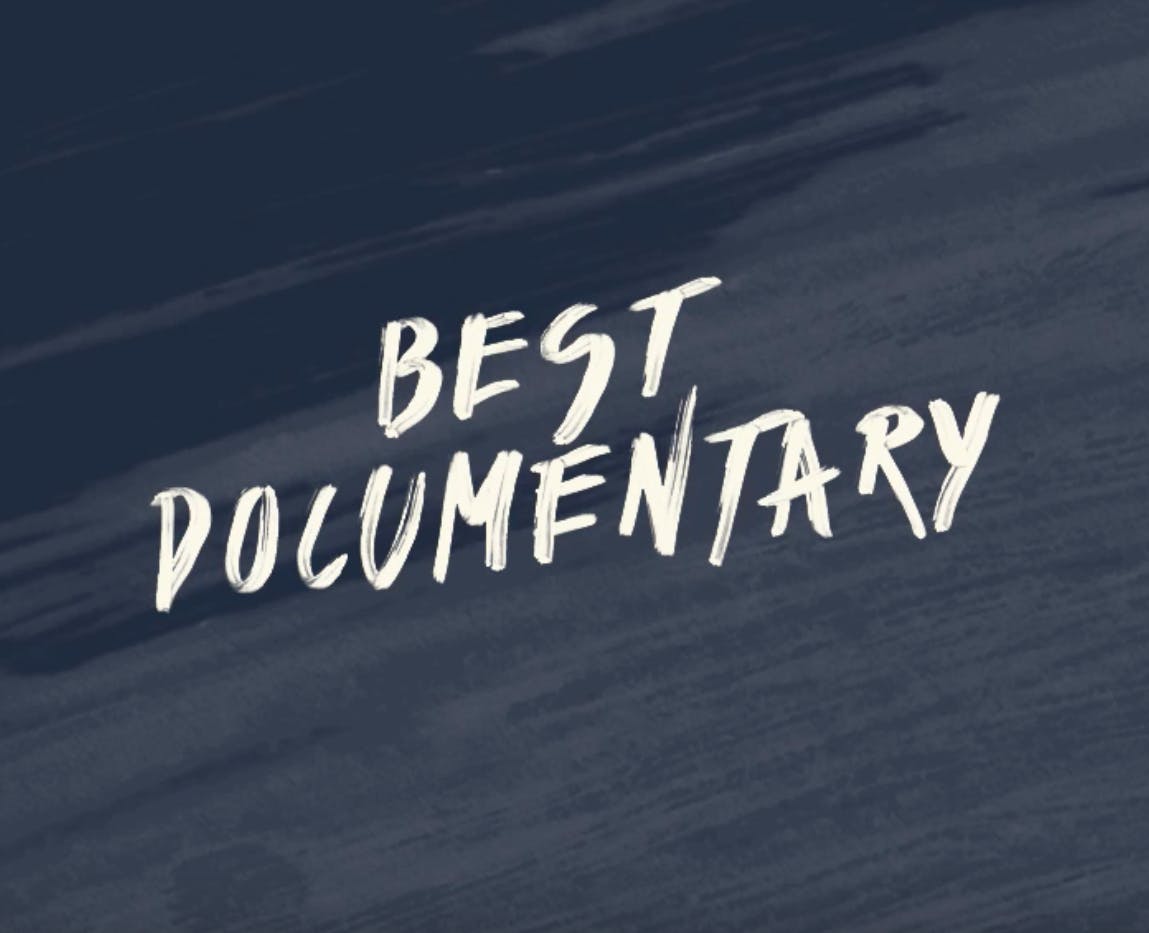 It is heartening to see documentary continue to have a strong presence in the UK, although as one sees the decline in ‘creative documentaries’ being supported and exhibited by our national broadcasters in favour of ‘factual entertainment’, it is perhaps not surprising that the genre continues to connect with cinema audiences.  What perhaps those broadcasters sometimes don’t acknowledge is that the audience for these films has never actually gone away, in fact it has grown as both experienced and novice filmmakers alike turn to the genre and use both innovative and artistic techniques to tell their stories (and after all, truth is often stranger than fiction). Nevertheless, it requires bravery and commitment on the part of the wider film industry to believe this is a worthwhile pursuit and 2016 thankfully shows this to be the case.

The diverse list of five contenders for this year’s Best British Documentary show the breadth of films being supported as such, but one cannot comment on this year’s ‘state of the nation’ without mentioning three specific films which don’t appear on the list but all of which have achieved significant commercial success at the box office to rival their fictional cousins. At the time of writing, John Dower’s Louis Theroux-starring My Scientology Movie had crossed £1 million at the domestic box office, a huge achievement for a documentary in any year (and only the seventh British documentary ever to do so), and both Supersonic and One More Time with Feeling used high-profile music subjects and ‘one night only’ launches to go on to reap strong financial rewards.

The fact that Notes on Blindness also makes the shortlist for Best British Independent Film tonight offers further proof that the genre demands to be as seriously considered as narrative fiction, and this is also demonstrated by the support of two of this year’s shortlist – Versus: The Life and Films of Ken Loach and Dancer – by one of the UK’s key financiers, BBC Films (who also backed My Scientology Movie). Such heavyweight support cannot be underestimated, and our final two nominees – The Confession: Living the War on Terror and The Hard Stop – were able to do what only documentaries can sometimes achieve, namely making urgent and important comments on the society we live in, largely with the backing of the BFI (who backed Notes on Blindness and Versus as well to make it an impressive four out five nominees who received their support).

So as long as documentary finds sources of investment beyond the traditional broadcasting routes of yore, so as long as our filmmakers are allowed to tell stories in ways where one accepts there are no rules in the genre, and so as long as distributors use savvy and innovative methods to connect these films with audiences, the UK can continue to pride itself as a world leader in this most important form of storytelling.

The Confession: Living the War on Terror

Moazzam Begg has experienced a generation of conflict. This is his first-hand account, a chronicle of the rise of modern jihad, its descent into terror and the disastrous reaction of the West.

Blessed with astonishing power and poise, Sergei Polunin took the dance world by storm and became the Royal ballet’s youngest ever principal. At the peak of his success, aged 25, he walked away, driven to the brink of self-destruction by stardom – his talent more a burden than a gift. Here is an unprecedented look into the life of a complex young man who has made ballet go viral. Urban rebel, iconoclast, airborne angel, Sergei is transforming the shape of ballet as we know it. But virtuosity comes with a high price. How can you be free to be yourself when you are ballet’s ‘hottest property’?

The Hard Stop is an intimate documentary revealing the story, away from all press coverage, of Mark Duggan’s friends and family following his death. He was shot and killed in a ‘Hard Stop’ police procedure in 2011, sparking the most violent riots in British history. For 28 months, director George Amponsah (The Fighting Spirit) filmed around Broadwater Farm in Tottenham, where Duggan grew up, capturing his family’s distress and focusing on two of his best friends, Marcus Knox and Kurtis Henville. We follow the men closely as they attempt to get on with their lives, look for a job, talk about the discrimination they experience on a daily basis and the impact Duggan’s death has had on the community. Duggan is present throughout, in peoples’ testimonies and news broadcasts. What emerges is a profoundly humane, thought-provoking and topical testament, which gives a voice to people who are rarely heard.

In the early 1980s, after decades of steady deterioration, writer and academic John Hull lost his sight. To help him make sense of the ensuing upheaval in his life, he began to keep an audio diary. Across three years, he created over 16 hours of material; these recordings would form a unique testimony of loss, rebirth and renewal, excavating the interior world of blindness. Based on these original recordings and his published diaries ‘Touching the Rock’, Notes on Blindness recreates Hull’s fascinating and deeply moving experiences through an immersive hybrid of documentary, dramatic reconstruction and highly sensory cinematic techniques and sound design. Sensitive, poetic and thought-provoking, the film charts Hull’s journey through emotional turmoil and spiritual crisis to a renewed perception of the world and the discovery of ‘a world beyond sight’. Premiering at Sundance Film Festival 2016 and winner of the best documentary prize at San Francisco International Film Festival 2016, Notes on Blindness is an ambitious and groundbreaking work – both affecting and innovative – and one of the most essential British documentaries of the year.

Versus: The Life and Films of Ken Loach

Versus is a funny, provocative and revealing account of the life and career of Ken Loach, one of Britain’s most celebrated and controversial film directors, as he turns eighty and looks back at his extraordinary fifty year career.