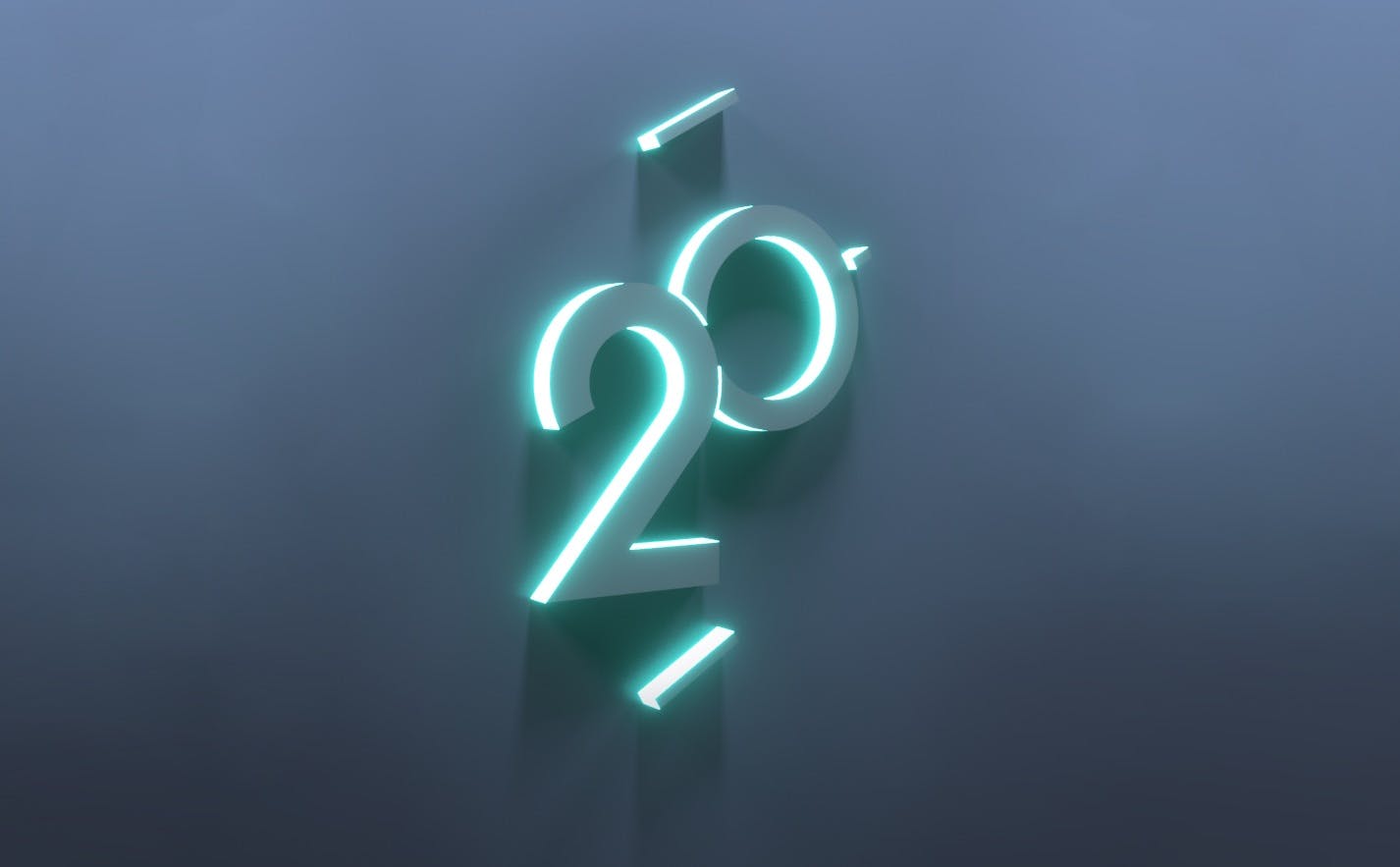 The Death of Stalin, I Am Not a Witch take 13 nominations apiece. God’s Own Country and Three Billboards Outside Ebbing, Missouri each nominated 11 times

Award-winning actor and writer Mark Gatiss will host the ceremony on Sunday 10 December, 2017

Lady Macbeth topped the list of nominations for the 2017 British Independent Film Awards (BIFA) announced this morning by Maisie Williams and Hayley Squires at The London EDITION.

Debut features dominate the nominations list, with the first-time writers, producers and directors of Lady Macbeth, I Am Not a Witch and God’s Own Country all recognised in the three newcomer categories – Debut Screenwriter, Breakthrough Producer sponsored by Creativity Media and The Douglas Hickox Award for Best Debut Director – as well as Best Screenplay sponsored by BBC Films, Best Director and Best British Independent Film.

Included in Lady Macbeth’s 15 nominations are nods for Florence Pugh, Naomi Ackie and Cosmo Jarvis for their performances; Naomi is nominated twice, for Best Supporting Actress and Most Promising Newcomer sponsored by The London EDITION. The film has also been nominated for five technical categories, newly introduced this year, including Best Cinematography sponsored by Blackmagic Design, Best Production Design and Best Casting.

I Am Not a Witch’s Margaret Mulubwa is nominated for Best Actress and the film has picked up six technical category nominations. God’s Own Country’s leads Josh O’Connor and Alec Secareanu are both nominated in Best Actor and the film also has nominations for Ian Hart for Best Supporting Actor as well as Best Casting and Best Sound.

Johnny Harris wrote and starred in Jawbone and has nominations for both Best Actor and Debut Screenwriter. The film’s director Thomas Napper is also recognized in the Best Debut Director category. The film has seven nominations in total, with four technical nods, including Best Music sponsored by Universal Music Publishing Group for its score by Paul Weller.

All five nominees for Best Actress sponsored by MAC this year are first-time BIFA nominees. Amongst them are Emily Beecham, nominated for Daphne and Ruth Wilson for Dark River. In Best Supporting Actress Kelly Macdonald receives her first BIFA nomination in for Goodbye Christopher Robin and Patricia Clarkson features at BIFA for the first time for her role in Sally Potter’s The Party.

Journeyman has three nominations, including Best Actor for Paddy Considine. This is Considine’s sixth BIFA nomination. He won Best Debut Director in 2011 for Tyrannosaur.

BIFA said, “This year’s nominations showcase the range and quality of British independent filmmaking. It’s a diverse and varied list, in terms of the teams making the films and also the kinds of stories being told. It is especially encouraging to see so much exciting work from so many new filmmakers; this points to a very bright future for British cinema and we’re proud to be at the heart of it, celebrating these exceptional films.”

As previously announced, Gary Oldman will receive The Variety Award at the ceremony.The Variety Award recognises a director, actor, writer or producer who has made a global impact and helped to focus the international spotlight on the UK. Past winners include Kate Winslet, Benedict Cumberbatch, Paul Greengrass, Jude Law, Kenneth Branagh, Liam Neeson, Sir Michael Caine, Naomie Harris, Daniel Craig, Helen Mirren and Richard Curtis. The recipient of this year’s Richard Harris Award, for outstanding contribution by an actor to British film, will be announced shortly.

Winners will be announced by host Mark Gatiss at the British Independent Film Awards Ceremony on Sunday 10 December at Old Billingsgate.

Mark said: “It’s a delight to take a break from my on-going experiments in the reanimation of dead tissue to present these awards which reflect the brightest talents in our industry.”

Mark has had a long and varied career as a writer and producer behind the camera, as well as being a critically-acclaimed actor and published author. He is the co-creator and executive producer of the hit BBC Series Sherlock and has written for all series to date of Doctor Who’s modern revival. His television acting roles include BBC’s Wolf Hall and HBO’s Game of Thrones, while on stage, he has starred in Coriolanus and Turgenev’s Three Days in the Country for which he received the Olivier Award.  Mark will also be appearing in forthcoming films The Favourite from director Yorgos Lanthimos alongside Emma Stone, Rachel Weisz and Olivia Colman and in Disney’s live action Christopher Robin with Ewan McGregor and Hayley Atwell both of which are due for release in 2018.

NOMINATIONS BY FILM 2017 (not including Shorts, International)

NOMINATIONS BY FILM 2017 (not including Shorts, International)

The British Independent Film Awards highlight and celebrate the best independent British film and filmmakers and the best future prospects. We shine a light on and provide access to the best British independent film audiences have and haven’t heard of.

Nominees and winners are selected by the industry – every eligible film is watched and discussed, making BIFA the only truly credible source for the best in British independent film.

The Awards in 2017 will see BIFA mark 20 years of celebrating the best in British independent film.

Gatiss’ early success on television was as part of the comedy troupe The League of Gentlemen, for which he both wrote and appeared onscreen as various characters. In 2017, it was announced that the show will return to BBC Two for three specials due to air in December.

He had a childhood passion for Doctor Who and like outgoing Showrunner Steven Moffat has written for all four Doctors (Christopher Eccleston, David Tennant, Matt Smith and Peter Capaldi) in the modern revival which was brought back to the BBC in 2005. He was also the writer and executive producer of An Adventure in Space and Time, a 90 minute dramatisation of the genesis of the series as part of the show’s 50th Anniversary celebrations in 2013. He will appear alongside Peter Capaldi as The Captain in the forthcoming Doctor Who Christmas Special Twice Upon a Time which will air on Christmas day.

Gatiss is the co-creator and executive producer of Sherlock, the hit BBC series starring Benedict Cumberbatch and Martin Freeman which has seen unprecedented global success and in which he also plays Sherlock’s brother Mycroft Holmes. The show has won a total of nine Emmys and twelve BAFTAs across its four series.

Mark’s other writing credits for television include episodes of Nighty Night, the ghost story miniseries Crooked House which he also executive produced, two episodes of Agatha Christie’s Poirot, his adaptation of HG Well’s The First Men in the Moon and all three episodes of the documentary series A History of Horror and its one-off sequel Horror Europa, all of which he presented as well.

In 2017, he curated and directed Queers – a series of eight monologues for BBC Four to mark the 50th Anniversary of the 1967 Sexual Offences Act which saw the partial decriminalisation of male homosexuality.

More recent acting roles include Stephen Gardiner in the BBC’s Wolf Hall, Peter Mandelson in James Graham’s Coalition for Channel Four, Tycho Nestoris in HBO’s Game of Thrones and Robert Cecil in BBC One’s Gunpowder. On stage, he has starred alongside Tom Hiddleston in Coriolanus, as Harold in Mart Crowley’s The Boys in the Band and as Doctor Shpigelsky in Patrick Marber’s adaptation of Turgenev’s Three Days in the Country for which he received the Olivier Award for Best Actor in a Supporting Role.