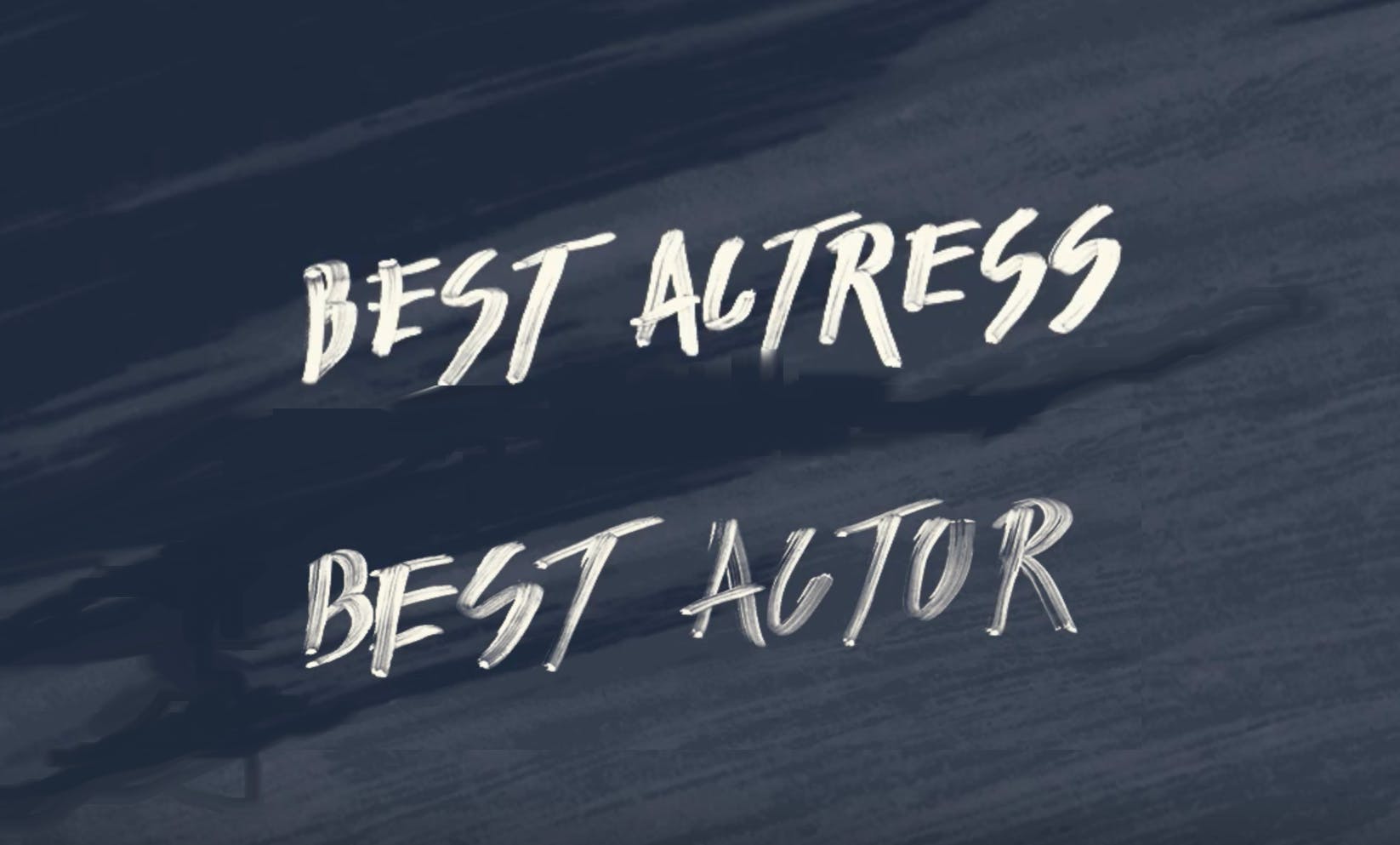 This year’s Best Actor and Best Actress BIFA nominations prove once again that there is no better place to look for outstanding performances, either from established superstars or complete neophytes, than British independent film. The ten actors nominated in these two categories display a level of ability and breadth of experience that you would be hard-pressed to find at another awards ceremony: nods have been given to veteran stars such as Kate Dickie (Couple in a Hole), Jodie Whittaker (Adult Life Skills), Michael Fassbender (Trespass Against Us) and Shia LaBeouf (American Honey), but the nominations also feature a wealth of scintillating fresh talent.

New faces nominated in the Best Actress category include Hayley Squires (I, Daniel Blake), Narges Rashidi (Under the Shadow) and Sasha Lane (American Honey). All three are nominated for breakout roles: Under the Shadow is Rashidi’s first major international hit, I, Daniel Blake is Squires’ third feature credit and American Honey is the first film Sasha Lane has ever been in. Despite being new to both the industry and to BIFA, Lane won’t be alone on the night: her director Andrea Arnold is also nominated (her third BIFA nomination), as are Kate Dickie, who won the 2006 Best Actress BIFA for her role in Arnold’s Red Road, and Michael Fassbender, who was BIFA-nominated in 2009 for his part in Arnold’s Fish Tank and has won twice before.

The most recognizable names in the Best Actor category are those of Michael Fassbender and Shia LaBeouf, nominated for their turns as troubled, troublesome ne’er-do-wells in Trespass Against Us and American Honey. Shortlisted alongside them are three newcomers whose films and roles could not be more different from each other. Dave Johns plays Daniel Blake in Ken Loach’s homonymous film, his first dramatic feature film appearance after years of performing comedy on stage and TV. Irish actor Max Records returns to feature filmmaking after a brief hiatus in the dark and dangerous I Am Not a Serial Killer, unrecognizable from his days as the sweet and inquisitive Max in 2009’s Where the Wild Things Are. Lastly there’s Steve Brandon, a young actor with Down’s syndrome who smashes all the stereotypes surrounding his abilities with an incredible performance in My Feral Heart.

Find out more about each of the nominees and the films they’re in below – and don’t forget to tune in to our Facebook Live event to watch as the winners are announced on Sunday 4th December!

Hayley Squires trained at Rose Bruford College, graduating in 2010. She is an actress and a playwright, and has been seen on TV in Call The Midwife, Southcliffe and Complicit. Her feature film debut was in Blood Cells, followed by a part in A Royal Night Out before her starring role in I, Daniel Blake. Her first play, Vera Vera Vera, was produced by the Royal Court Theatre in 2012.

In I, Daniel Blake, Squires plays Katie, a single mother with two children who’s forced to choose between a one-room hostel in London and a flat in a city she doesn’t know, some 300 miles away. During her journey she meets Daniel, a man who, following an illness, needs help from the state to get back on his feet. Daniel and Katie find themselves in no-man’s land, caught on the barbed-wire of welfare bureaucracy as played out against the rhetoric of ‘striver and skiver’ in modern-day Britain.

Jodie Whittaker first came to prominence in 2006 for her work in the film Venus, for which she was nominated for BIFA’s Most Promisining Newcomer award, and has since starred in films such as St Trinian’s, Good (2008) and Attack the Block. She has also had a highly successful career in TV, starring in series including Tess of the D’Urbervilles, Wired, Black Mirror and Broadchurch.

Whittaker plays the part of Anna in Adult Life Skills, a woman approaching 30 and having an early-mid life crisis – one that’s seen her regressing to a teenager, living like a hermit in her mum’s garden shed and wondering why the suffragettes ever bothered. A week before her birthday her Mum serves her an ultimatum – she needs to move out of the shed, get a haircut that doesn’t put her gender in question and stop dressing like a homeless teenager. Naturally, Anna tells her Mum to BACK THE F-OFF. However, when her school friend comes to visit, Anna’s self-imposed isolation becomes impossible to maintain.

Kate Dickie – Karen in Couple in a Hole

Kate Dickie is a Scottish actress known for her work across TV, stage and film. Her breakout role in Andrea Arnold’s Red Road in 2006 won her a number of Best Actress awards, including a BIFA and BAFTA Scotland award. Her extensive feature film credits include Ridley Scott’s Prometheus, multiple-BIFA nominee Catch Me Daddy and 2015’s Sundance hit The Witch. Dickie has also worked in TV since the late ‘90s and is perhaps best known for her role as Lysa Arryn in HBO’s Game of Thrones.

Couple in a Hole follows middle-aged couple Karen (Kate Dickie) and John (Paul Higgins), who take refuge in a forest after their isolated house is destroyed in a wildfire. In the forest, the couple eke out a feral existence, staying away from the villagers in the valley below. As their story unfolds, the reasons for their self-imposed isolation and deep grief become apparent. When overly concerned local farmer Andre (Jérôme Kircher) tries to help them, the couple’s relationship becomes ever more fragile and unstable leading to a violent and emotional climax.

Narges Rashidi – Shideh in Under the Shadow

Narges Rashidi was born in Iran before moving to Turkey in 1987, and Germany a year later. After graduation she moved to Berlin and studied acting. She has worked in TV and feature films for over 10 years and has garnered Best Actress awards from international festivals for her roles in A2Z and Under the Shadow.

Rashidi plays the role of Shideh, mother to Dorsa (Avin Manshadi, also BIFA-nominated for Best Supporting Actress) in Under the Shadow. The film is set in Tehran, 1988: the Iran-Iraq war rumbles into its eighth year. The bombing campaigns focused on the city, coupled with the country’s bloody revolution, slowly tear mother and daughter apart. As they struggle to stay together in the midst of these modern terrors, a mysterious evil stalks through their apartment, threatening their grip on reality.

Sasha Lane, 20, makes her debut as Star in American Honey. She was formerly an outstanding college freshman in her home state of Texas.  She has relocated to Los Angeles where she will continue her acting career.

American Honey follows Star, an adolescent girl from a troubled home, as she runs away with a traveling sales crew who drive across the American Midwest, selling subscriptions door-to-door. Finding her feet in this gang of teenagers, one of whom is Jake (BIFA-nominated Shia LaBeouf), she soon gets into the group’s lifestyle of hard-partying nights, law-bending days, and young love.

Dave Johns is an English stand-up comedian, writer and actor. You may have seen him on TV on Never Mind the Buzzcocks, 8 Out of 10 Cats, Rob Brydon’s Annually Retentive and 28 Acts in 28 Minutes, and as God on Harry Hill. In 2009, Dave Johns and Owen O’Neill dramatised Stephen King’s Rita Hayworth and Shawshank Redemption for the Gaiety Theatre, Dublin.

Johns plays the titular character in I, Daniel Blake, a man who has worked as a joiner most of his life in Newcastle. Now, for the first time ever, following an illness, he needs help from the State. He crosses paths with single mother Katie and her two young children, Daisy and Dylan. Katie’s only chance to escape a one-roomed homeless hostel in London is to accept a flat in a city she doesn’t know, some 300 miles away. Daniel and Katie find themselves in no-man’s land, caught on the barbed-wire of welfare bureaucracy as played out against the rhetoric of ‘striver and skiver’ in modern-day Britain.

In I Am Not a Serial Killer, Records plays the role of John Wayne Cleaver, a troubled teen from a small Midwestern town. John has to contend with much more than your regular teenager: he nurses an unhealthy fascination for serial killers and must set himself strict rules to avoid becoming one himself. When people in his town begin dying in mysterious circumstances, John must hunt down and destroy a supernatural killer whilst keeping his own inner demons at bay.

Michael Fassbender – Chad Cutler in Trespass Against Us

German-born Fassbender is best known for his roles in Tarantino’s Inglourious Basterds, the X-Men movies, Steve Jobs and his work with Steve McQueen in Hunger and Shame, both of which he won Best Actor BIFAs for, and 12 Years a Slave. In 2015 he was nominated for our Best Actor award for his starring role in Justin Kurzel’s Macbeth. As well as acting, Fassbender has recently turned his hand to producing, beginning with 2015’s Slow West and this year’s Assassin’s Creed.

In Trespass Against Us, Michael Fassbender stars as Chad, a man trying to get by in a notorious family of criminals. As the law closes in, Chad must decide between loyalty to his father (another multiple-BIFA nominee, Brendan Gleeson) or a better life for his young children.

Shia LaBeouf was most recently seen starring in the action war drama Fury. In 2013, he starred in Lars von Trier’s Nymphomaniac and the suspense drama Charlie Countryman. LaBeouf starred in Transformers: Dark of the Moon in 2011, marking his third and final turn as the enterprising and heroic Sam Witwicky in the highly successful trilogy. Other credits include Robert Redford’s The Company You Keep; Indiana Jones and the Kingdom of the Crystal Skull; the Oscar nominated Surf’s Up; Emilio Estevez’s acclaimed drama Bobby; I, Robot and Holes. LaBeouf will next be seen in the post-apocalyptic thriller Man Down.

LaBeouf plays the Jake in American Honey, a wild and carefree teenager who travels the country with his sales crew, selling door-to-door subscriptions. Into his life comes Star (fellow BIFA nominee Sasha Lane), an adolescent girl who’s run away from a troubled home and who falls in love with Jake and his crew’s lifestyle of hard-partying nights, law-bending days and young love.

My Feral Heart is Steven’s debut performance in a film. He was first discovered through a series of workshops at the Mushroom Theatre Company in Essex, undertaken by My Feral Heart director Jane Gull. Steven’s performance in the film has already garnered attention and praise from festivals and press around the world.

In the film, Brandon plays Luke, an independent young man with Down’s syndrome, forced to live in a care home after his elderly mother dies. He struggles to settle there, frustrated at having his wings clipped by its rules, and totally unimpressed by his new housemates. His disappointment with his new home soon turns to wonder when Luke discovers a way out and begins to explore the surrounding countryside. When he is caught sneaking out by Pete, a troubled youth who tends the gardens at the home, the two strike up an unlikely rapport: Pete covers for Luke when he sneaks out and, in return, Luke helps Pete clear the garden. It’s on one such illicit excursion to the adjoining field that Luke discovers a young injured girl in desperate need of his help…