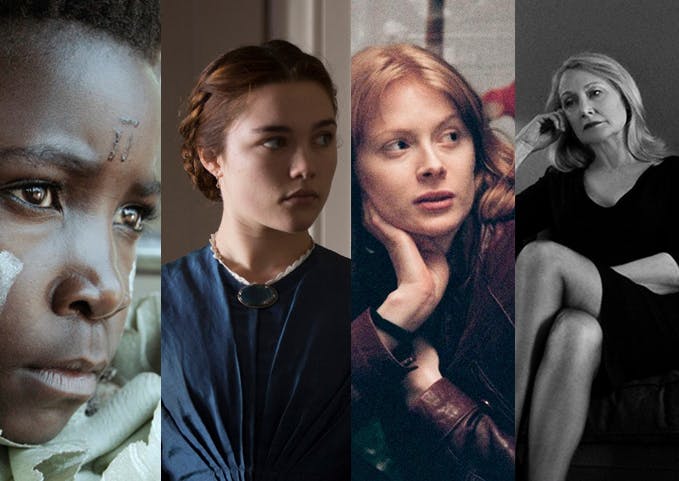 Journalist and critic Anna Smith looks at some of the exceptional female talent nominated for this year’s BIFAs.

It’s been quite a year for women in film. Wonder Woman director Patty Jenkins took her female superhero to the top of the box office, making it the most successful live-action film ever directed by a woman and ushering in a sequel. Gender-bending twists on classic films have been announced, from Ocean’s Eleven to What Men Want. Offscreen, actresses have banded together and supported each other amid allegations of sexual misconduct. And yet still, only a tiny proportion of studio films are directed by women.

In independent cinema, we hope that things are changing. There is long way to go, but with nearly 50 women nominated for BIFAs outside of the acting categories (and some more than once), we’re heading in the right direction. Zambian-born, Cardiff raised Rungano Nyoni has been nominated in the Best Director, Debut Director and Screenwriter categories for the stunning I Am Not A Witch, an inventive and thought-provoking feminist tale about a young African girl accused of sorcery. Both political and entertaining, it marks Nyoni as a talent to watch and she shares a Best British Independent Film nomination for the film with her producers Juliette Grandmont and Emily Morgan.

The Best Documentary category sees a very healthy representation of female directors, with all five films either directed or co-directed by women, including Daisy-May Hudson for Half-Way and Carol Salter for Almost Heaven. Salter thinks there is a reason for these encouraging numbers. “Documentary can give you more freedom to bypass the hierarchy within the mainstream film industry – so it is possible for a woman to realise an idea by picking up a camera and making a film happen. In my experience, I have needed to be self sufficient and work without the support or backing of the mainstream industry. I feel this would be less possible in drama features.” She points to a rise in self-distribution, too. “The biggest shift I have seen in my time in the industry is the growth of self-distribution/direct distribution; and how this is more and more seen as a legitimate approach for women filmmakers to reach an audience with their work.”

Also in the Best British Independent Film category is the lauded gay love story Gods Own Country, produced by Manon Ardisson, while up for Best Debut Director is Deborah Haywood for Pin Cushion. Nyoni’s fellow Debut Screenwriter nominees include Gaby Chiappe for Their Finest (a film directed by a woman, Lone Scherfig), and Alice Birch of Lady Macbeth.

The most nominated film of the BIFAs, Lady Macbeth is a thrilling, unpredictable period drama with a fascinatingly complex heroine at its centre (Best Actress nominee Florence Pugh). It also boasts many women among its talented crew. Alice Birch and Fodhla Cronin O’Reilly share a nomination for the Best British Independent Film, which, like last year, names six women in the line-up. Other nominations for Lady Macbeth include Shaheen Baig for casting, Holly Waddington for Costume Design, Sian Wilson for Make-up and Hair Design, Jacqueline Abrahams for Production Design and Ari Wegner for Cinematography.

One of nine new craft categories at BIFA, the latter feels particularly significant. In the entire history of the Academy Awards, not one woman has ever been nominated for Best Cinematography, despite a growing number in the trade. How wonderful, then, for BIFA’s inaugural Cinematography shortlist to recognise Wegner’s terrific work. Hearteningly, Wegner recently told Variety that her gender had never hampered her in her career: “I’ve never felt any blatant discrimination… I feel blessed to be an emerging cinematographer at this time in history.”