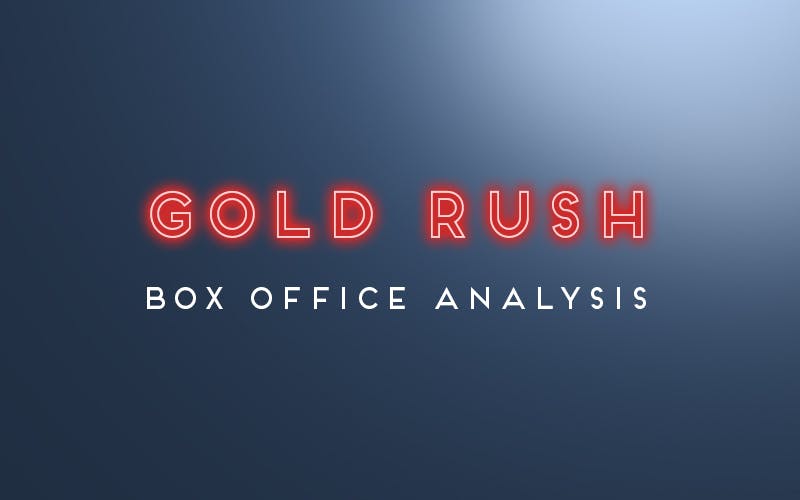 When the British Independent Film Awards nominations were announced on November 1, the achievement of three films in particular was obviously apparent. Many titles scored multiple nominations, but only Lady Macbeth, God’s Own Country and I Am Not a Witch pulled off the coup of earning nods in all six of the key filmmaking categories: British Independent Film, Director, Screenplay, Breakthrough Producer, Debut Screenplay and the Douglas Hickox Award for Debut Director. This was an unprecedented event in the history of the BIFAs.

This news is exciting not just for those filmmakers and their industry backers – the British Film Institute, for example, was involved in the financing of all three titles – but for us all. And that’s because the nominations are arriving at a time when there has arguably never been so much confidence around British indie film, and debut talent in particular.

For context, the five films nominated for Debut Director at the BIFAs in 2016 – Adult Life Skills, Notes on Blindness, Prevenge, Trespass Against Us and winner Under the Shadow – grossed less than £400,000 combined at UK and Ireland cinemas. No film directed by acclaimed BIFA-winning directors such as Andrea Arnold, Peter Strickland, Paddy Considine and Clio Barnard has achieved higher box office than Oldroyd and Lee’s debuts.

Speaking to Screen International this summer, after the success of Lady Macbeth but before the release of God’s Own Country, BFI Film Fund director Ben Roberts enthused, “It’s very exciting. What’s gratifying about Lady Macbeth is that an original approach towards the genre of the period film has got the attention of audiences. And when you see success, it instills confidence in others. It’s important to us. The point in developing talent is so that talent can thrive and grow in terms of what they want to do.”

Damian Spandley, director of programme at Curzon Cinemas, concurs. “I think that a moment of momentum has been created,” he says. “These films are good, people are talking about them, and people are more willing right at this particular moment to take a chance on a British film that doesn’t have a known director or a known cast: ‘We saw Lady Macbeth earlier this year, let’s go and see God’s Own Country.’”

Spandley points to two recent festival premieres – Michael Pearce’s Beast, and Dan Kokotajlo’s Apostasy – as British debuts likely to continue the momentum when they reach cinemas next year, respectively via Altitude and Curzon Artificial Eye. And don’t bet against either featuring prominently in the next round of BIFA nominations, when announced next November. Beast, incidentally, joins I Am Not a Witch and Armando Iannucci’s multiple-BIFA-nominated The Death of Stalin in the Spotlight section at next January’s Sundance Film Festival, which celebrates highlights from 2017. Also selected for Sundance 2018 are Idris Elba’s Yardie, Wash Westmoreland’s Collette, Rupert Everett’s The Happy Prince, Jim Hosking’s An Evening with Beverly Luff Lin, Lorna Tucker’s Westwood and Claire McCarthy’s Ophelia – an exceptionally strong showing for British films.

Altitude chairman and co-CEO Will Clarke believes that the success of recent British low-budget indie titles is spilling upwards and outwards from the cinema box office tills to distributors to film financiers and producers. “There was quite a lot of competition to get Beast, in terms of other companies bidding to distribute it,” he says. “We are a victim of our own success, in that regard. The prices have been inflated because we’ve done so well with Lady Macbeth – but good, it’s healthy for the industry. There’s an appetite for unusual films, films that say something but also are marketable. We’ve acquired and are acquiring a hell of a lot of British movies, from £500,000 budget to £2m. We’re looking for a lot more of those opportunities.”

I Am Not a Witch / Jawbone

The danger with this success, of course, is that £800,000 UK box office becomes the new bar against which other low-budget British films are judged, and that would be an error that would prove dispiriting for many filmmakers and ultimately stifling to creativity. Both Rungano Nyoni’s I Am Not a Witch and fellow Douglas Hickox Award nominee Thomas Napper’s Jawbone achieved comparatively modest box office. (The fifth nominee in this category, Deborah Haywood’s Pin Cushion, has yet to be released.)

And success, argues Ben Roberts, comes not by chasing it but by sticking to your guns, and staying true to your creative instincts. “We’re saying: you can come to us with original ideas. You can be thought-provoking, you can take chances, you don’t have to think first and foremost about your box office, the idea being that you will deliver original work that audiences respond to. Because the market isn’t second-guessable. Hits are normally surprises, especially outside the studio model. On that basis, I think it’s a better hand for us to play to go for broke.”

Grosses to December 3; * still on release