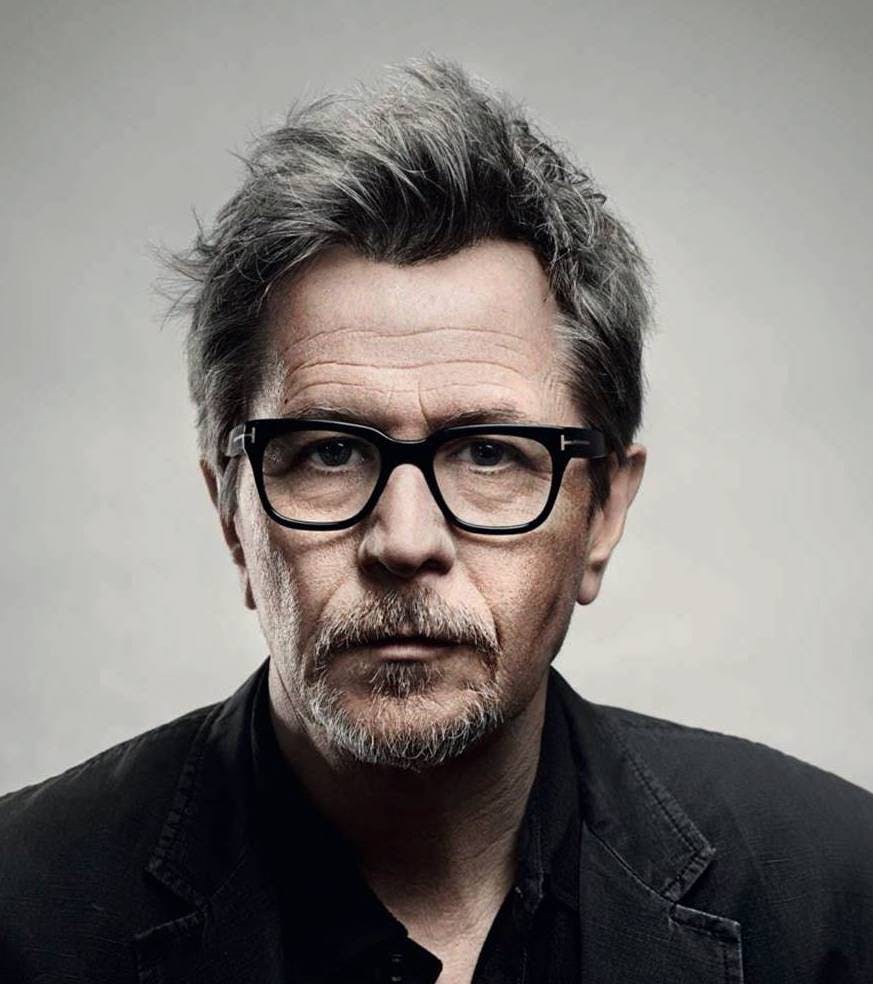 The British Independent Film Awards (BIFA) announced today that Gary Oldman will receive this year’s Variety Award at the ceremony on Sunday 10 December.

The Variety Award recognises a director, actor, writer or producer who has made a global impact and helped to focus the international spotlight on the UK. Previous recipients of the award include Benedict Cumberbatch, Jude Law, Kenneth Branagh, Keira Knightley, Liam Neeson, Paul Greengrass, Daniel Craig, Helen Mirren, Kate Winslet and in 2016, Naomie Harris.

Steven Gaydos, Vice President, Executive Editor, Variety commented: “In the 30 years since Gary Oldman galvanized global film audiences with his portrayal of punk rocker Sid Vicious in Sid and Nancy, Oldman has blazed a path as one of international cinema’s most versatile and valued actors. From blockbusters to American indie classics and U.K. masterworks, Oldman has been a force of nature who’s brought life to a stunning variety of characters across all genres of film.”

An acclaimed presence in motion pictures for 30 years, Gary Oldman is widely regarded as one of the greatest actors of his generation. His most recent role is that of Winston Churchill in Joe Wright’s highly anticipated Darkest Hour. The biographical film charting the appointment of Winston Churchill as Prime Minister during the early days of World War II premiered to critical acclaim at both the Telluride and Toronto International Film Festival earlier this year, and will be released in the UK by Universal Pictures on 12 January, 2018. Gary’s portrayal of the iconic Churchill has been widely praised with one critic commenting that he “delivers one of the greatest performances of his career”.

He is known to millions the world over for his iconic characterizations of Sirius Black (Harry Potter’s godfather), Commissioner Jim Gordon (Batman/Bruce Wayne’s crime-fighting partner), Dracula, Beethoven, Pontius Pilate, Lee Harvey Oswald, Joe Orton, Sid Vicious, and George Smiley. The latter portrayal, in Tomas Alfredson’s Tinker, Tailor, Soldier, Spy, brought him accolades worldwide including BAFTA Award, British Independent Film Award, European Film Award, and Academy Award nominations for Best Actor. In 2011, he was honored with the Empire Awards’ Icon Award for Achievement and with a Career Tribute at the Gotham Independent Film Awards. At the 2014 London Critics’ Circle Film Awards, he was honored with the Dilys Powell Award for Excellence in Film. Gary has starred in 13 movies that have opened in the #1 position at the box office and has been part of the two most successful franchises in movie history, Harry Potter and Batman.

Gary’s acting career began in 1979, and for several years he worked exclusively in the theatre; from 1985 through 1989, he alternated film work with stage work at London’s Royal Court Theatre. Among his early telefilms were Mike Leigh’s Meantime and the late Alan Clarke’s The Firm. His film credits include Sid and Nancy, Stephen Frears’ Prick Up Your Ears, Rosencrantz & Guildenstern Are Dead, Oliver Stone’s JFK, Francis Ford Coppola’s Bram Stoker’s Dracula, True Romance, Luc Besson’s Leon and The Fifth Element, Air Force One, Hannibal, The Book of Eli, Child 44, and Dawn of the Planet of the Apes.

With Douglas Urbanski, Oldman produced the feature Nil by Mouth. The film marked his screenwriting and directing debut, and was selected to world premiere as the opening-night film of the 1997 Cannes International Film Festival, at which the film’s leading lady Kathy Burke won the Best Actress award. Subsequent honors for Nil by Mouth included the prestigious Channel Four Director’s Prize, at the Edinburgh International Film Festival; six BIFA nominations, and three wins; the BAFTA Award for Best Original Screenplay as well as BAFTA’s Alexander Korda Award for the Outstanding British Film of the Year, the latter shared by Oldman and Urbanski. The team’s subsequent productions have included The Contender, starring Joan Allen and Jeff Bridges. The film received two Academy Award, two Golden Globe Awards and three Screen Actors Guild Award nominations, including one for Best Supporting Actor (Oldman); and the ensemble and the writer/director were honored with the Broadcast Film Critics Association’s Alan J. Pakula Award.

BIFA 2017 nominations will be announced on Wednesday 1 November by Maisie Williams and Hayley Squires. The winners will be unveiled at the ceremony on Sunday 10 December at Old Billingsgate, which will mark the 20th anniversary of the awards.