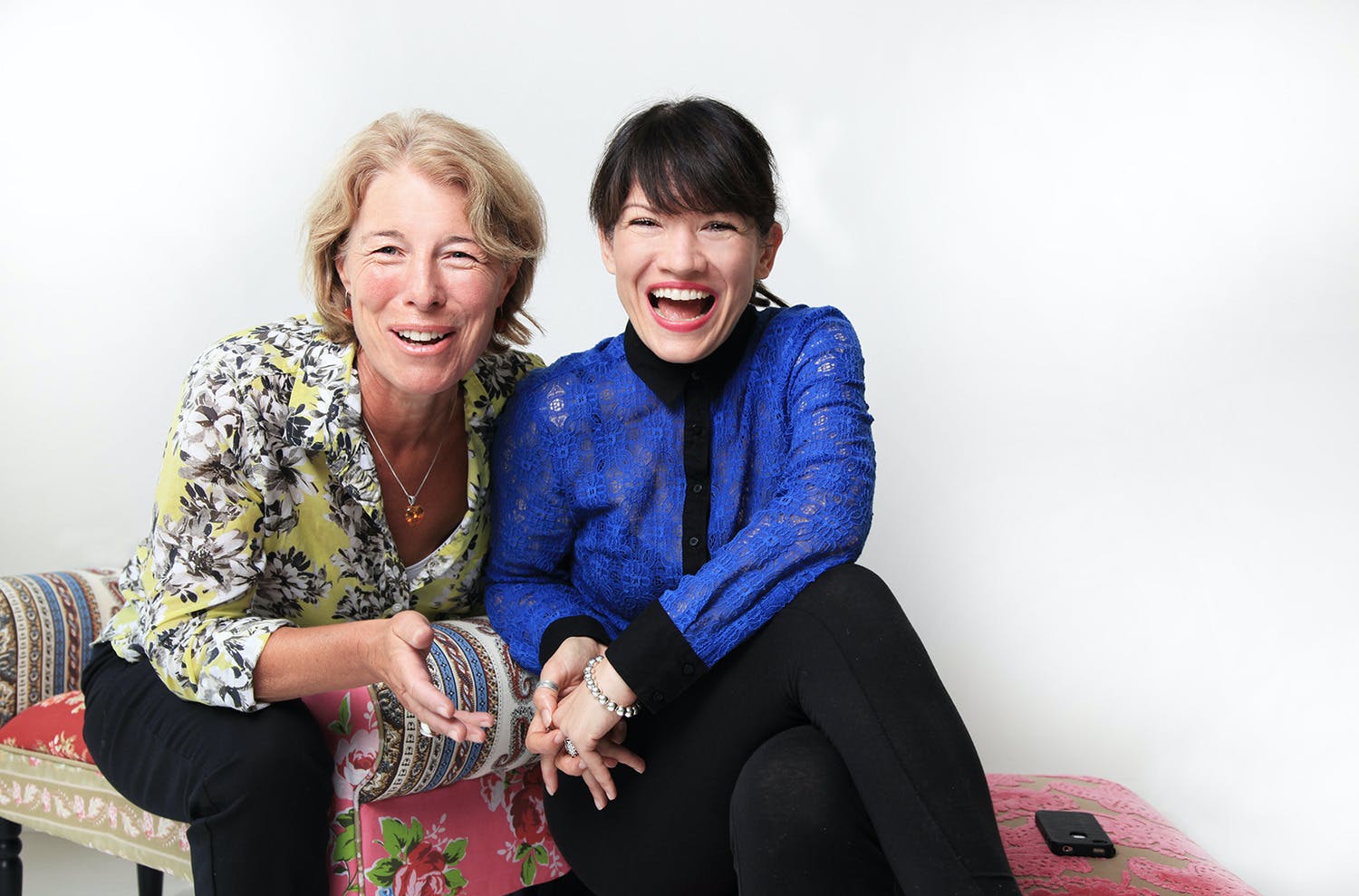 JOHANNA VON FISCHER AND TESSA
COLLINSON TO STEP DOWN AS

AT THE END OF THE YEAR.

Tuesday
23rd September 2014: Johanna von Fischer and Tessa Collinson, the long standing
Directors of the British Independent Film Awards will be jointly stepping down
at the end of the year following the 17th Annual Awards Ceremony to
be held on 7th December 2014.

The Awards were founded by
Raindance in 1998 and run under the Raindance umbrella until 2006 when Tessa
and Johanna became joint Directors of the Awards. Between them they have
produced the Awards since 2001.   The Awards will now return to
Raindance and the new structure is to be announced later
in the year.

Von Fischer and Collinson
commented:   “It has been a tough decision to move on from BIFA but we
are ready to take on new challenges and excited about embarking on a fresh
chapter in our careers.  We are extremely proud of how BIFA has developed
over the years and have been fortunate to have the incredible support of the
film industry, our Advisory Committee, our partners and a loyal team who have
helped to raise the profile of BIFA and without whom we could never have pulled
off so many fantastic Awards Ceremonies.  For now we are currently
focused on the selection process and it certainly looks as if 2014 will be a
year to remember.”

Raindance
and BIFA founder Elliot Grove commented: “Tessa and Johanna have become
synonymous with BIFA. Through their great work the Awards have risen to new
heights. We look forward to working with the industry and stakeholders to
develop the next era for the British Independent Film Awards.”

Now in its 17th year, the Awards were created by Raindance in 1998 and set out to celebrate
merit and achievement in independently funded British filmmaking, to honour new
talent, and to promote British films and filmmaking to a wider public.

In recognition of Moët & Chandon’s
generous contribution as headline sponsor, the 2014 event is referred to as The MOËT
British Independent Film Awards.

Recognised for its
quality and prestige, Moët & Chandon is the champagne of choice for
celebration at international film festivals. The venerable house has captured
the attention of Hollywood’s brightest stars since the birth of the film
industry. Generations of legendary actors, actresses, producers and directors
have celebrated their achievements with Moët & Chandon at the most
significant and exclusive cinema events, including the Oscars® &
Golden Globes® celebrations.

Images from the 2013 Awards ceremony are available
to download from

All films
must be submitted for consideration by September 19th 2014.

A feature
film will be eligible for an Award if:

It is
intended for theatrical release, AND has had a public screening to a paying
audience either on general release in the UK OR has screened at a British-based
film festival between 1st December 2013 and 30th November 2014.

Where
there is any major studio substantially funding a film, the total budget must
not exceed $20M. Films are not defined as “independent” strictly on the terms
of financing.

A feature
film must be no less than 70 minutes in length.

Best
British Feature Documentary. In 2003 the British Independent Film Awards
introduced this new award. Eligible films must be non-fiction. They should
be photographed in actual occurrence, or employ partial re-enactment, stock
footage, stills, animation, stop-motion or other techniques, as long as the
emphasis is on fact and not on fiction. (Further eligibility criteria as with
other feature films above).

British
Short Film Award submissions: Any British short film that has been accepted as
part of the Official Selection at one of BIFAs recognised film festivals [See
bifa.org.uk] OR has won an award during the eligibility period. Any
variations are at the sole discretion of BIFA. A short film must be no longer
than 40 minutes (including credits).

All
eligible films submitted for consideration will be viewed by the BIFA
Pre-Selection Committee.  Members vote by secret ballot firstly to draw up
a long list then again to determine the nominations. All nominated films are
then viewed by an independent Jury appointed each year. The winners are
announced during the evening of the Awards Ceremony.  [See Voting Policy]

The
Special Jury Prize will be decided entirely at the Jury’s discretion.

Variety
Award recognises an actor, director, writer or producer who has helped to
focus the international spotlight on the UK

The
Richard Harris Award for Outstanding Contribution to British Film by an Actor
(male/female) to be decided by the Advisory Committee with the input of the
Harris family.

Under
exceptional circumstances, inclusion and consideration of films which do not
strictly comply with the above criteria will be subject to the discretion of
the British Independent Film Awards Advisory Committee.

All
decisions made by BIFA and its members are final and no correspondence will be
entered into as to why particular entries were or were not nominated.