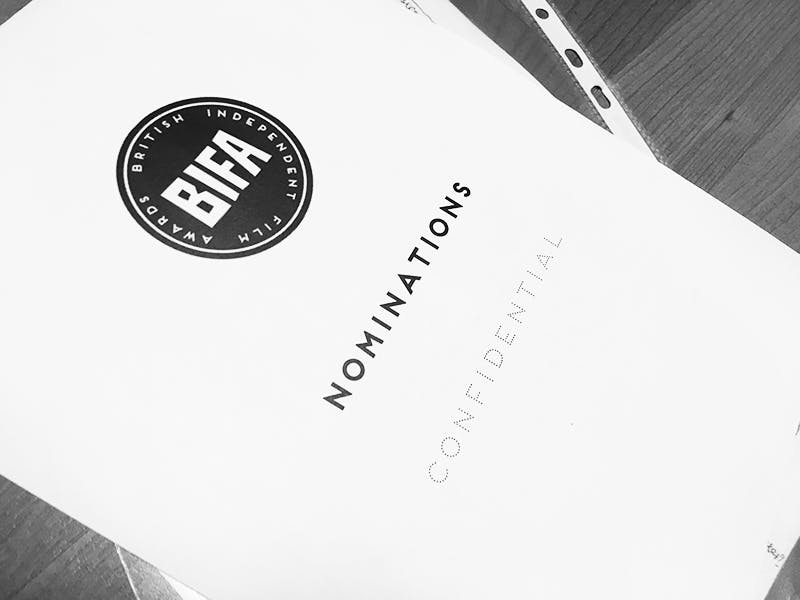 Diary of a BIFA voter

…There are more of us than you think!…

This has been my first year as a BIFA voter, and I’m so excited to have been part of this process of supporting independent British film. I was on the Best Director and Best Screenplay subgroup; for anonymity I won’t divulge my demographic, but I was pleasantly surprised to discover such a diverse group of colleagues on the panel with me. There were university lecturers, costume designers, recent graduates and seasoned professionals. What I enjoyed and appreciated is that your opinion is respected and valued without prejudice or judgement. Everyone’s comments are valid, and it’s a constructive, collaborative process. We empathise with the blood, sweat and tears that go into making an indie film, whether on a shoe-string or a £20million budget. It’s a team effort, much like the voting process. There was plenty of sweat in that Craven Street basement during the summer, thankfully few tears, and the blood was left on screen; I won’t forget Double Date in a hurry!

Now to the process. BIFA provided different options for watching the films in our category; some via streaming links, some on DVD screeners and some in special screenings. Call me old-fashioned but rather than stream over 100 films slumped alone at my laptop, I endeavoured to attend as many private screenings as possible. Sharing the viewing experience with fellow voters contributed to my appreciation of the films, whether it be the contagious belly laughs in The Death of Stalin or the uncomfortable silence during the shockingly violent performances in Three Billboards Outside Ebbing, Missouri. Audience response influences the way I vote; their reaction can confirm my instincts. When an audience connects to a film you can feel it in the room. It doesn’t matter if you’ve worked in film your whole life or you only see one film a year. BIFA is such a great representation of British film because it promotes films made for audience; I am honoured to be a part of such a dedicated, hard-working, passionate team.

I have to admit, we weren’t always harmoniously in-sync in those sub group meetings! We locked ourselves in a room, were plied with sugar and didn’t emerge until all the entered films had been discussed. I remember confidently recommending a film for everyone to watch, only to discover that I was the only one championing it. Challenged to defend my opinion, I really had to interrogate and consider my reaction. I can say without a doubt it has made me a better voter – and a sugar addict! Film is so subjective, which is why it is so important to have such a diverse group of panellists to give every submission a fair chance.

The grand moment came when we discovered the final selection of nominees. There were a couple of films that surprised me in not making the final cut, but my favourites are up there! I was particularly delighted to see more parts being written with women in the leading role this year, from Florence Pugh’s formidable characterisation of Katherine In Lady Macbeth to Frances McDormand’s muscular and resilient Mildred Hayes.

I can’t wait to see where independent film will take us next year!

Want to vote for BIFA? Find out more and register here.