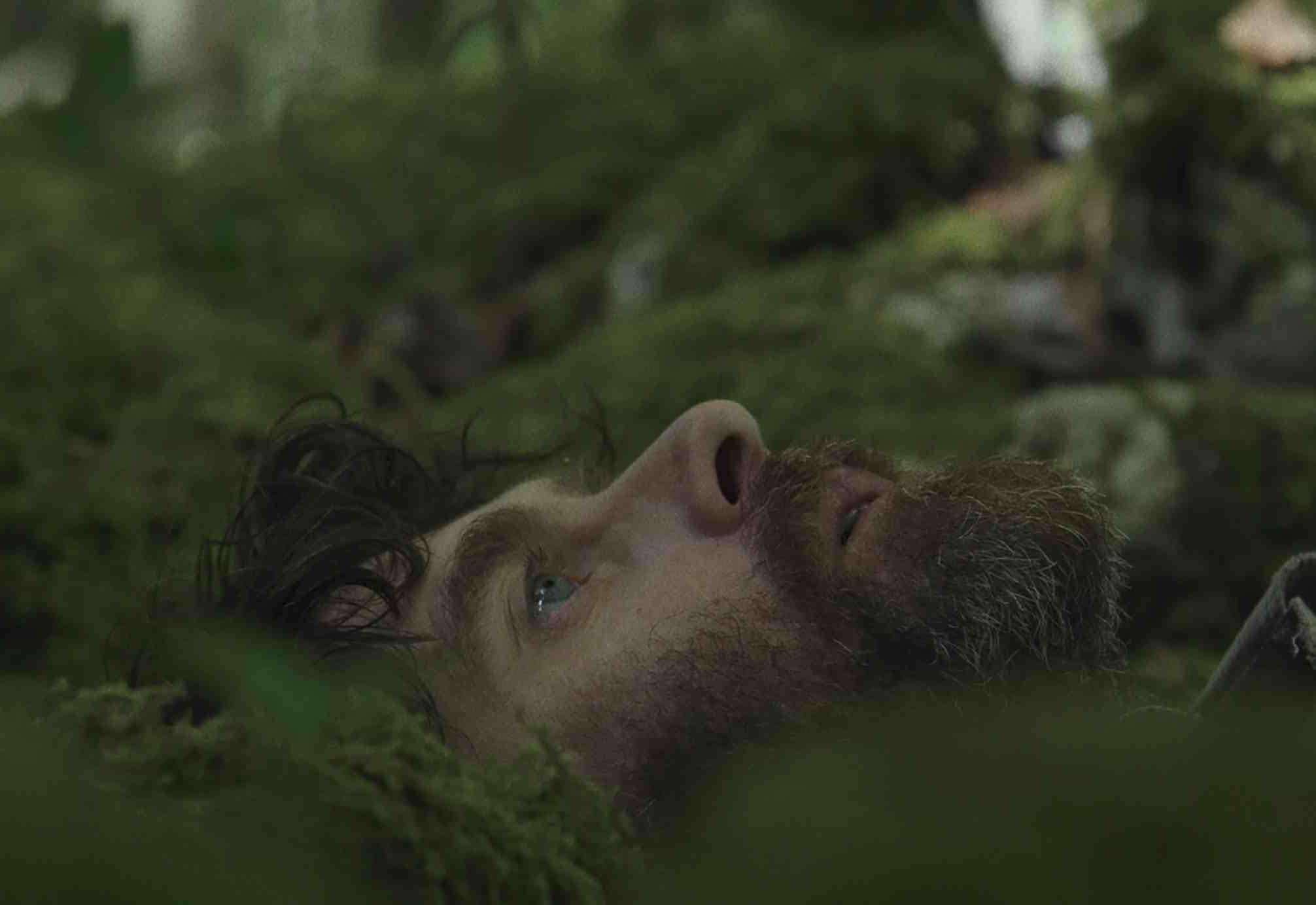 When the Belgian-born writer-director Tom Geens conceived of Couple in a Hole, it began with a single image that wouldn’t leave him. As he puts it: ‘A very middle class couple stuck in a hole in the middle of a vast forest, living the life of savages in their middle class clothes.’ It’s a potent idea and one that dominates the early part of this stark, minimalist drama that drip-feeds information as we watch and wonder just who these people are.

Set in the French Pyrenees, we discover that John (Paul Higgins) and Karen (Kate Dickie, who won a Best Actress BIFA for Andrea Arnold’s Red Road in 2006) are a Scottish husband and wife that have gone feral, foraging for food in the woods and dwelling underneath a fallen tree like hermits. The agoraphobic Karen is barely able to leave the relative safety of this rural hideaway, while John plays hunter-gatherer, trapping small animals to keep them from starvation.

Gradually, the couple’s back-story is revealed: a fire destroyed their isolated house, also killing their 10 year-old son. If this tragedy has left them in emotional stasis, unable to move on, their fragile equilibrium is broken when Karen is bitten by a spider and John is forced to head to the nearby town for medical supplies. There, he meets Andre (Jérôme Kircher), a local farmer who appears all too keen to help, much to the chagrin of his wife Celine (Corinne Masiero).

Scored with unsettling compositions by BEAK> – featuring Portishead’s Geoff Barrow – Couple in a Hole emerges as a fascinating exploration of grief, stripped back to the bare essentials, leaving its characters’ souls bared to the elements. ‘I could have set this all in suburbia with a couple who suffer a tragedy and as a result isolate themselves from the rest of their community,’ says Geens. ‘But the prospect of putting them in a hole in a forest was a lot more exciting to me.’

Exciting it may have been, but shooting in the mid-Pyrenees was anything but easy for a low-budget production. Brutal and unpredictable weather – ‘four seasons in one hour’, describes Geens – was bad enough. But the cast and crew also had to deal with rampaging wild boars (one in particular headed straight for the camera team during the shoot) whilst Higgins unfortunately broke his ankle four days in. Thankfully, insurance allowed the team to reconvene two months later.

If the climate and the conditions contributed, beautifully captured by the film’s cinematographer Sam Care, then so did the actors. Reuniting from their time on Red Road, Higgins and Dickie are thoroughly committed. Both endured low-carb, high-protein diets to shed body fat and look as if they’ve been living off the land. Wallowing in the mud is one thing, but Higgins and Dickie psychologically delve into the recesses of their characters’ minds in a way that doesn’t leave you.

A co-production between the UK, Belgium and France, Couple in a Hole has a European flavour to it in its rigor and its intent. ‘This is a really ambitious, serious, intelligent film for adults,’ says Higgins, ‘and I just don’t think there are enough of them, and certainly not enough of them made in Britain. This film was a chance to do something that we need more of.’ A daring risk-taker of a movie, it more than merits its nomination for Best British Independent Film at this year’s BIFAs.