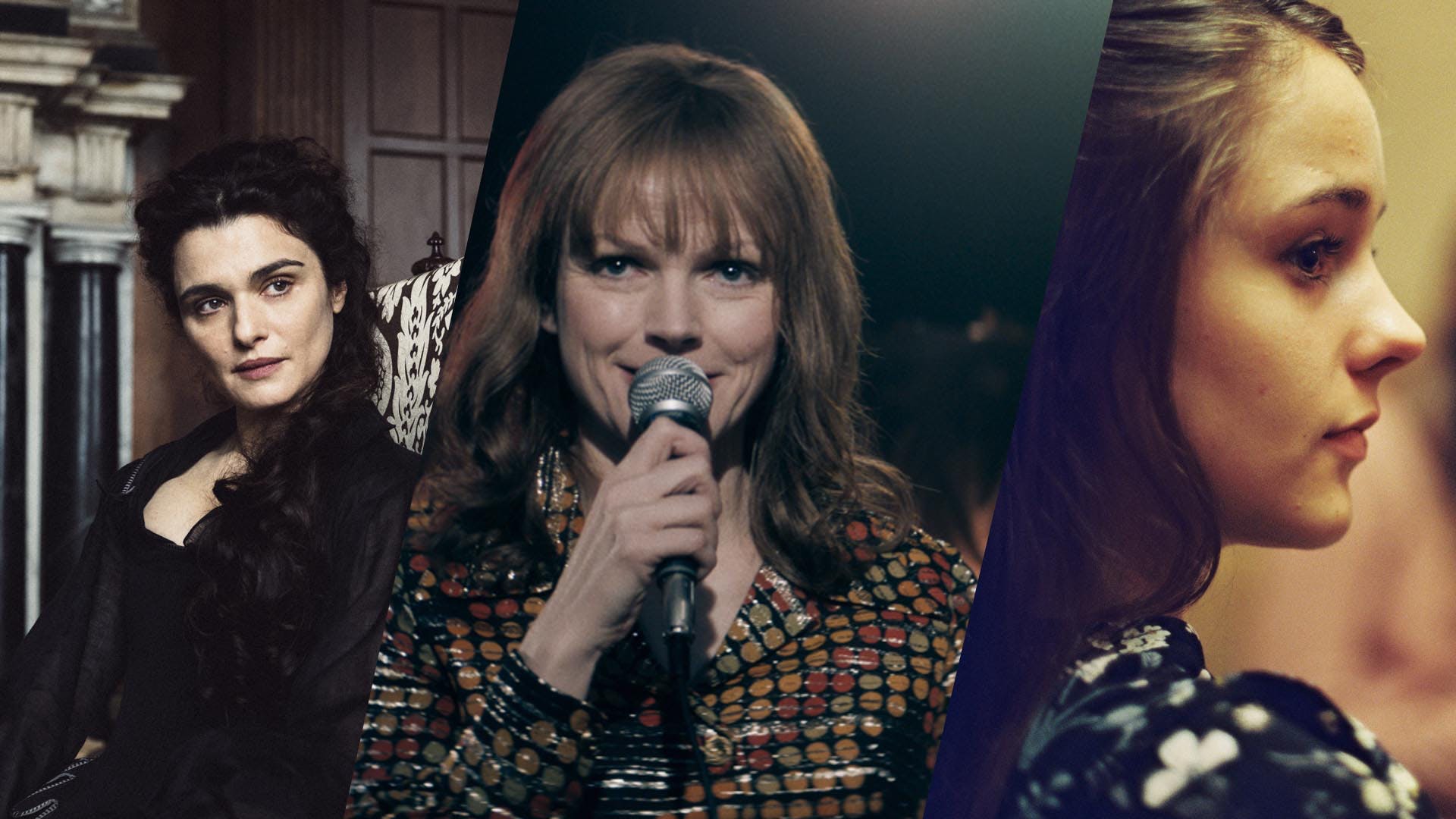 It’s official: ‘strong women’ are out, ‘complex women’ are in. Over the past year, many actresses have been speaking out about their love of roles that are complicated, flawed, messy, human – not necessarily ‘strong’, just relatable. And this year’s BIFA nominations are the perfect example of just that.

First up, The Favourite, leading the way with 13 noms. Yorgos Lanthimos’ startlingly brilliant and original period drama features Best Actress nominee Olivia Colman as Queen Anne, a troubled, gout-ridden ruler who’s struggling to manage her relationships with lovers, political advisors, courtiers and those who embody all three, such as Sarah Churchill (Supporting Actress nominee Rachel Weisz). Along with the also-nominated Emma Stone, these women are fascinatingly ambiguous and refuse to fall into any kind of archetype we’ve seen before. The audience is constantly asked to question the motivations of each of them as they undulate between kindness and selfishness; reason and madness – just like real people. The tone of The Favourite may be darkly comic and absurdist in parts, but there is nothing fanciful about these relatable, conflicted characters.

Rachel Weisz also has a very deserving place in the Best Actress category for Disobedience, the sensitive, absorbing account of two Jewish women who are reunited with dramatic consequences. Supporting Actress nominee Rachel McAdams is terrific as both characters grapple with a mutual attraction and moral dilemmas.

Maxine Peake thoroughly earns her Actress nod for the titular turn in Funny Cow, a whipsmart portrait of a blossoming stand-up who’s determined to make it in the weird world of Working Men’s Clubs. Another woman with a troubled past, her character channels her fury at domestic abuse into biting comedy that shines a light on sexism throughout the ages. Nina Arianda also puts in a wonderfully comic turn in Stan & Ollie, arguably beating the boys at their own game.

Jessie Buckley wins a Best Actress nomination for her stunning turn in Beast, playing another morally ambiguous heroine who is all the more compelling for it. Moll is a vibrant young woman who feels trapped by her home life with a conservative family, and longs for escape – possibly via Pascal (Johnny Flynn), who comes under suspicion of a series of local murders. Moll is never defined by her relationship with Pascal: her relationships with her mother, sister and former school mates all play an important part in colouring a character that will keep you guessing.

Buckley is also nominated in the Most Promising Newcomer category, thanks to Beast and her spirited turn in Wild Rose, the story of an aspiring country singer in Glasgow. Rose-Lynn is many things we rarely see in central roles on screen: she’s a cleaner, an ex-convict and an ambitious young woman whose key relationship is with her female employer (Sophie Okonedo) rather than her on-off boyfriend.

Also to be applauded is Molly Wright’s breakout turn in the thought-provoking Jehovah’s Witness drama Apostasy, Michaela Coel’s boundary-breaking role in Been So Long, Liv Hill’s feisty teen in Jellyfish… all these actresses play women with depth, intelligence, humour, heart and plenty of real-world problems to grapple with. Complex women, BIFA loves you: warts and all.

Check out my new podcast Girls On Film, featuring movie reviews from a female perspective: https://itunes.apple.com/gb/podcast/girls-on-film/id1439182513?mt=2