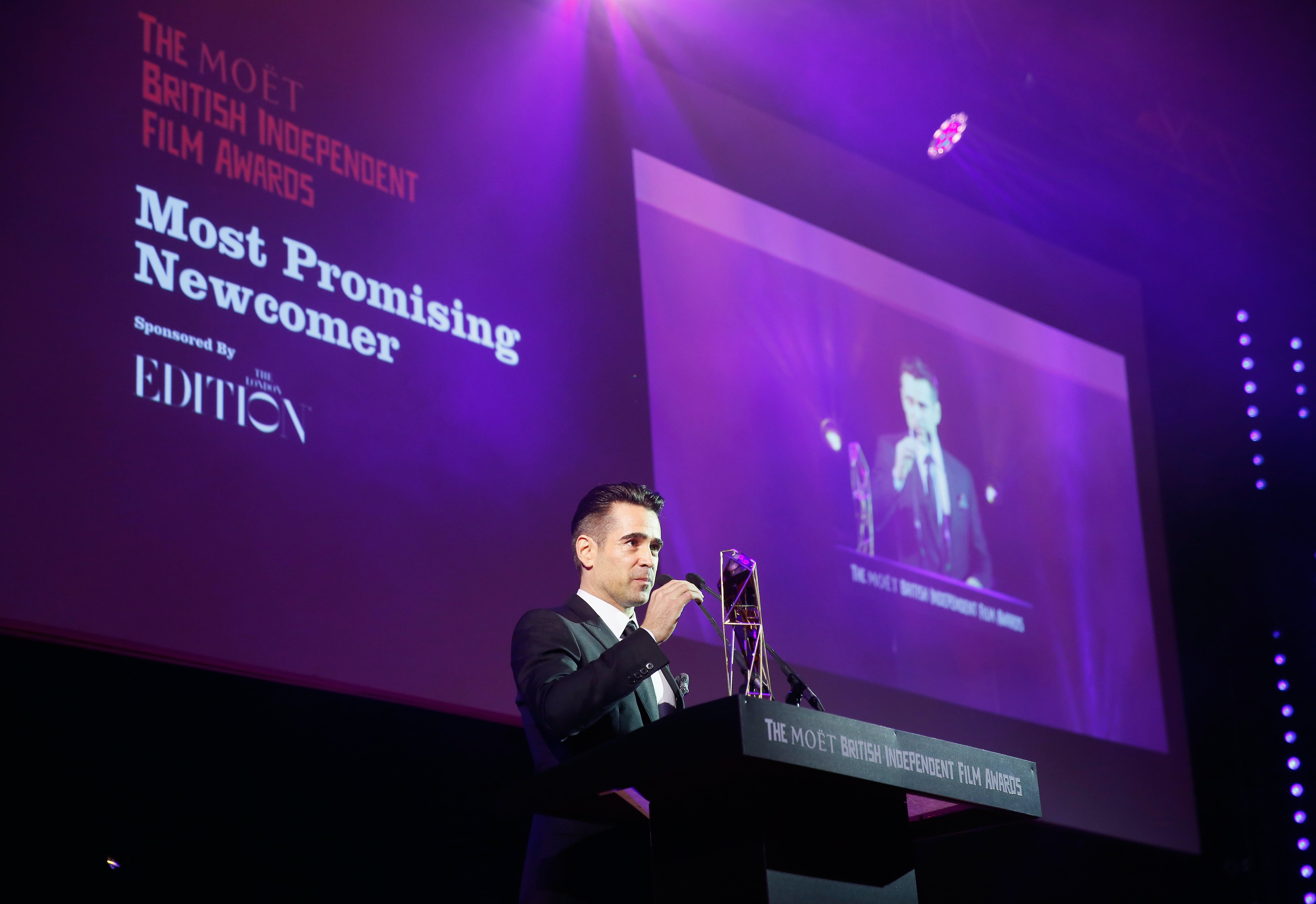 On the 6th December 2015, Colin Farrell presented the Most Promising Newcomer award at the BIFA ceremony. The nominees were Abigail Hardingham for Nina Forever, Agyness Deyn for Sunset Song, Bel Powley for A Royal Night Out, Mia Goth for The Survivalist and Milo Parker for Mr. Holmes. The trophy was taken home by Abigail Hardingham for her striking performance as Holly in the Blaine brothers’ Nina Forever.

Not all good things come to an end, however, and that was not the end of the story for the Most Promising Newcomer award. The 5 nominees were chosen from a pool of 17 longlisted performers, who were in turn picked out from the hundreds of newcomer actors amongst BIFA’s many film submissions. Our voters spotted a ton of captivating new performers this year and the longlist was incredibly difficult to pare down to the nominations, testament to the incredible acting talent this country produces.

Here are the 12 performers who were longlisted alongside Abigail, Agyness, Bel, Mia and Milo:

Fin in The Lesson

Evan began his career in 2011 after he was spotted by director Ruth Platt, and worked with Platt on a music video and short film. In 2013 he was cast in his first feature film supporting role in Let The Die Be Cast. He is currently studying performing arts.

Laura graduated from the Old Vic Theatre School in 2007. In 2010, Laura began her on-screen career when she was hired for the part of Lady Edith Crawley in the BBC’s Downton Abbey. Her leading part in Burn Burn Burn is only her 2nd feature film role.

Scott Chambers is a 24-year-old actor from London who has been active in the film industry, mostly in shorts and TV, since 2007. Chicken was his debut in feature films, and he has since completed filming on two more indie feature projects.

Following TV appearances in Holby City, Skins and The Thick of It from, Joe’s film career kicked off with a number of short film and feature roles. He was cast in Carol Morley’s The Falling in 2014 and, since playing the part of Jones in Pressure, has completed filming on the
acclaimed Green Room and Secret In Their Eyes.

Jack in The Return

One of the freshest talents on the list, Sam Donnelly had acted in a short film before being picked to play the lead role of Jack in Oliver Nias’ BIFA-nominated The Return.

Alex played Yevgeny Ivanovich in TV series Space Cadets in 2005, moving in to short and feature films a few years later. Mile End was his first lead role in a feature film.

Jonny Labey graduated from the Bird College of Dance, Music and Theatre Performance in 2014. His first professional credit was as David in Soft Lad. He has since been cast as Paul Coker in the latest series of Eastenders.

Shelly in The Violators

Seen on TV since 2012 in series such as 4 O’Clock Club and Ordinary Lies, Lauren has since moved in to film. Her role on The Violators was her first feature film lead, and she has since completed filming on feature film The Wasting.

Lara’s performance as Helen in Bypass must have impressed somebody: her first-ever feature film role (and first-ever TV / film appearance, if you believe IMDB) has been followed up with roles in the upcoming How to Talk to Girls at Parties and Spaceship.

Following stints on stage, TV and in short films, Mark got the part of Grenn in Game of Thrones in 2014. After his role in Kajaki, he was cast in the new Star Wars and in the BBC’s series Dickensian. In 2016 he can be seen alongside Ewan McGregor & Damian Lewis in Our Kind of Traitor.

Ben’s all-singing, all-dancing role in Meet Pursuit Delange was only his 2nd feature film role, following a couple of years performing on TV. He has since been cast in the BBC’s Dickensian.

Nathanael wrote, co-directed and starred in My Hero after his debut film Hackney’s Finest came out nationwide in March 2015, where he played functioning heroin addict Cyrus in the gangster comedy.
The sequel, London’s Finest, is shooting in 2016.