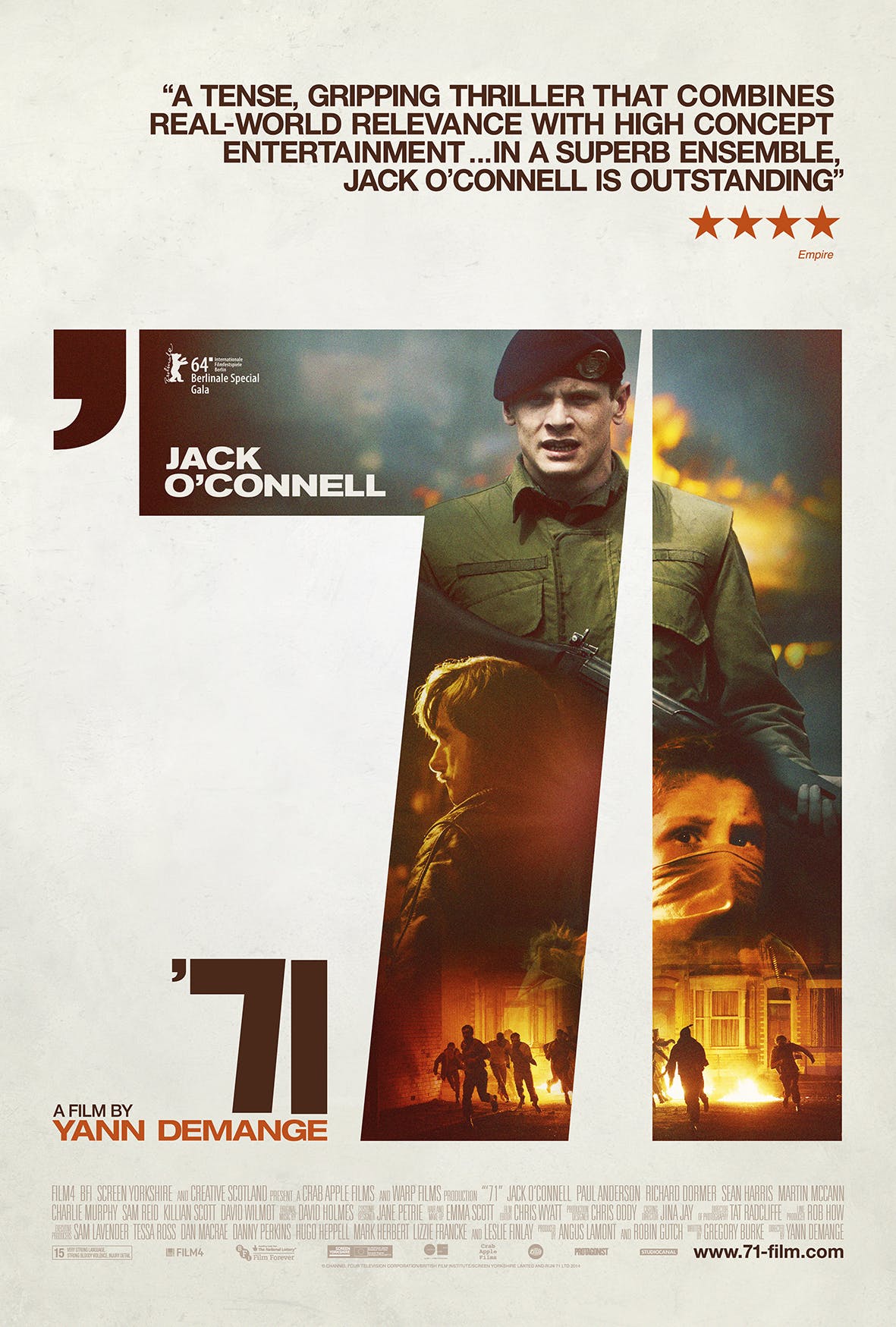 July 2015, London: The British Independent Film Awards (BIFA) has announced its first events programme. Supported by Creative Skillset, the BIFA Insider series will give recent graduates or those in their final year at university or film school an insight into the skills and creativity behind the best in British independent film.

Six sessions will run from September 2015 to June 2016, with the first participating films and filmmakers confirmed as follows:

·       Chris Wyatt on editing ’71 – Chris was nominated for his editing on the film, one of nine nominations for the film, which won Best Director in 2014

·       Amy Hubbard on casting The Selfish Giant – Amy won the Best Technical Achievement BIFA. The film was nominated for seven other awards

·       Frank composer Stephen Rennicks – one of two BIFA wins for Frank, which was nominated five times in all

Students and graduates can register their interest here: Register

BIFA exists to help British filmmaking and film-going thrive. Part of our role is to identify and encourage emerging talent, support and celebrate the independent film community, and promote British film and talent to the public.

BIFA Insider will promote British films, filmmakers and film industry to those studying for a career in film and the creative industries. It will help to inspire the next generation of filmmakers, craftspeople and film-goers.

Creative Skillset’s Gavin Humphries says “The BIFAs are a key date in the awards calendar spotlighting the brightest and best British films and talent. BIFA Insider will give the next generation – who may be future nominees themselves – unique insights from world class practitioners.”

This scheme is supported by Creative Skillset’s Film Skills Fund, which is funded by the BFI with National Lottery funds, through the Skills Investment Funds. Live stream production services provided by Upbeat, with further support from the BFI Player, StudioCanal, Soda Pictures, Curzon Artificial Eye.