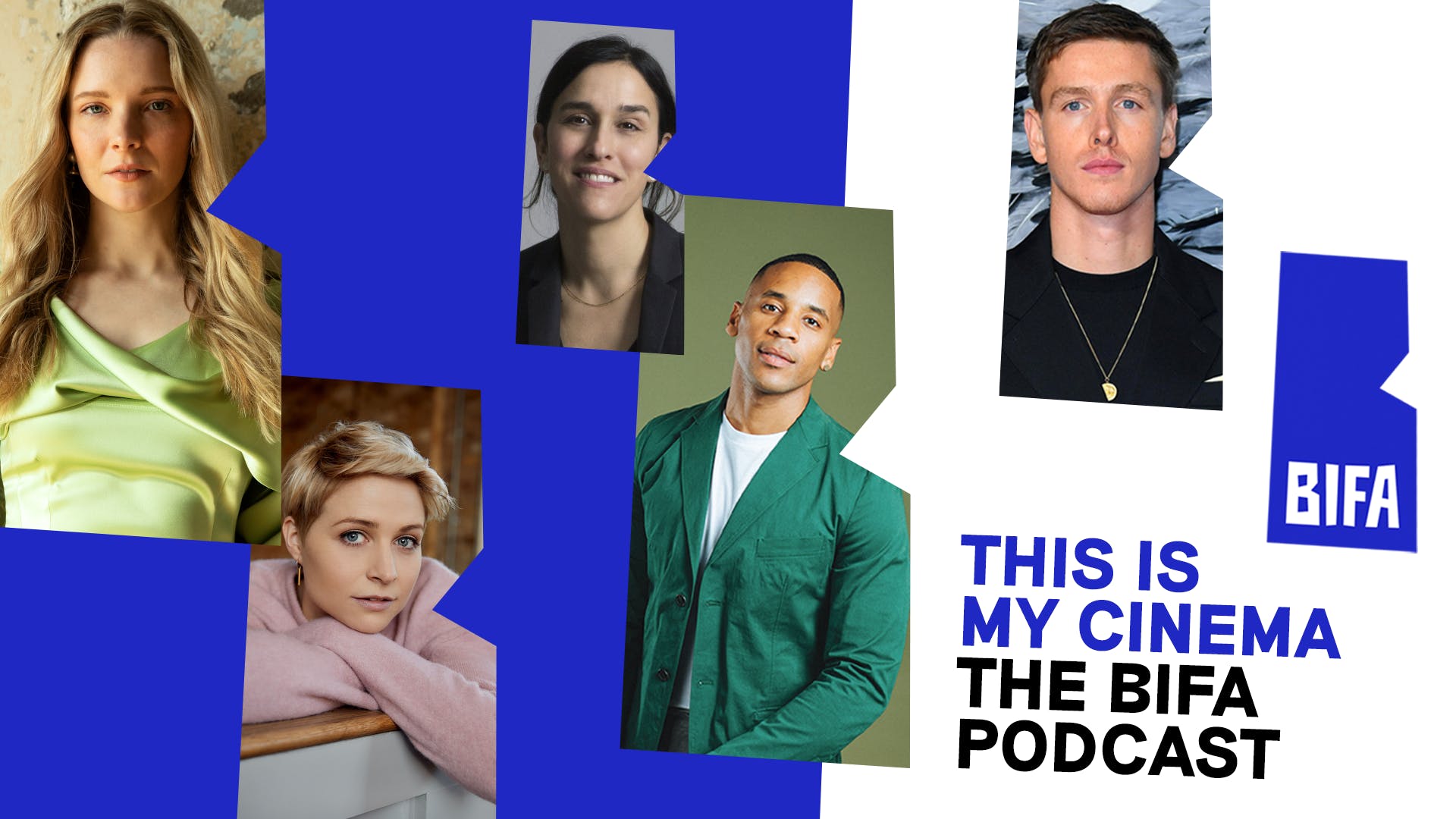 BIFA LAUNCH THIS IS MY CINEMA | THE BIFA PODCAST

This Is My Cinema is an audio exploration into the cinematic haunts, memories and experiences of some of the very best talent in the British film community and the cinema experiences that made them who they are today.

Guests include Morfydd Clark (Saint Maud, The Personal History of David Copperfield), Sarah Gavron (Rocks, Suffragette), Harris Dickinson (County Lines), Niamh Algar (Calm With Horses) and Reggie Yates (writer/director and BIFA Juror) discussing their origins in filmmaking, their inspirations, memories of the cinemas they grew up visiting and of course whether they take their popcorn salty, sweet – or wouldn’t dream of taking food to a film at all.

These special guests will be joined by hosts Michael Leader (Ghibliotheque, Little White Lies Podcast) and Rhianna Dhillon (BBC 6 Music) as their audio ushers through dream palaces past and present.

Episode one of This Is My Cinema, with Harris Dickinson, is available now wherever you find your podcasts.

This Is My Cinema launches in companion to the British Independent Film Awards which airs on Thursday 18 February 8pm GMT. Hosted by Tom Felton, the awards go digital for the first time, airing on Facebook and YouTube in a fun and freewheeling 45 minutes, featuring glittering guest appearances from British and international film.

For details of how to watch the nominated and winning films, visit watch.bifa.film