We are excited to announce the long list for the BIFA Best British Short Film award.

These 16 films have been selected from over 120 shorts entered for the 2016 awards. To be eligible, short films must be under 40 minutes in length and have screened at one of our qualifying festivals or have won an award in 2016.

Celine Haddad, Senior Executive at Creative England and chair of the Best British Short voter subgroup at BIFA, commented: “Every year, watching and debating over 100 short films is a thrilling treasure hunt for the BIFA short film committee. The breadth of talent we come across never ceases to amaze and inspire us. We are honoured to be able to cast a light on this very talented group of filmmakers and can’t wait to see them progress to their first features in the future”.

Coal has long gone from Coalville. Left of this once thriving Leicestershire village are young men like Stevie, who dreams of glory in a now economically crippled community. Once a hardened criminal, Stevie Gold finds redemption and celebrity status through bare knuckle boxing, but when he breaks his hand, loses the love of his life, and is challenged to a rematch against a far more experienced boxer, he has only his family and himself to lead him to victory.

I Used to Be Famous

‘Two worlds collide on a bench in Peckham’. Vince Denman is a former pop star (now has-been) relentlessly trying to forge a comeback. Day in, day out, he roams the streets of Peckham trying to sell his CD of unfinished songs to anyone and everyone. After hitting rock bottom, he meets Stevie, a young talented man with an incredible ear for music. Stevie helps show Vince the power and beauty of true music for the first time. From this one meeting, both Vince and Stevie’s lives are changed forever.

Waylen and Russell steal cars. Each one reveals something about the personality of its owner. When they discover something of immense personal value, they find themselves in a moral dilemma: as they listen to the old audio cassettes, they hear the last words of a dying man to his family. Waylen wants to take the car back, which causes an argument between the two friends. A raw, candid portrait of youth in the mean streets of East London, of friendship, loss and loneliness.

Markku has schizophrenia and has lived in various mental care facilities over the last ten years. He feels abandoned by his older brother Lauri, who he partly blames for his illness. Lauri returns to Finland in the hope of gaining a better understanding of his brother’s condition and to try and rebuild their relationship. He suggests they could film together, as they had often done in their childhood. Told through the eyes of the filmmaker, Markku & Me explores the impact of a mental health condition on the relationship between two brothers.

Despite being in the last stages of pregnancy, Mia must undertake an emergency trip back to her roots. On this journey, she will give birth to a baby girl. Determined to keep moving forward Mia must continue on while learning how to deal with her new child. A special creature that complicates Mia’s goal as she grows up at an unusually fast pace.

One day, Edwin comes home to find his mother dead on the living room carpet. Scarred and bereaved, he reaches out to his extended family for support – all two of them. However, the trip to the crematorium is only the start of Edwin’s mum’s post-mortem adventure. Deeply unsettling, dark and funny.

Mr Madila or The Colour of Nothing documents a series of conversations between the film-maker and a gifted spiritual healer, exploring the inner mind, the fabric of the universe, and the nature of reality itself, through the sacred art of animation.

A short documentary following Welsh artist Osi Rhys Osmond as he creates his last work, during the late stages of advanced terminal cancer. Osi explores the power of art: its role and significance in his life; its value in coping and living with cancer. He contemplates art as a prism for capturing the experience of being alive and the creative process as a metaphor for life and death. With insightful testimony, beautiful images of his natural environment and working practice, My Brief Eternity is an intimate portrait of the artist’s mindset, thoughts and feelings as he faces his own mortality.

It’s 1982. Twelve-year old Doug’s father has mysteriously vanished. With his mother distraught, Doug investigates, leading him to discover his dad’s secret collection of illicit video nasties. Determined these videos will help him find his dad, Doug embarks on a desperate quest, infiltrating the strange world of video nasties in an attempt to reunite his family through a patchwork of horror.

Over presents a crime scene. During the course of nine wide shots told in reverse order, we witness an intriguing story unfold. What has happened in this quiet neighbourhood? A murder, a hit-and-run, an accident? The reality is profound and deeply unexpected.

A portrait of teenage escort, ʻCocoʼ.

A Short Guide to Re-Entry

Khalid has recently been released from a young offenders’ institute. He attends a job workshop with the promise of rehabilitation and a place within the community. The job officer’s platitudes soon fall on deaf ears as the young adults on parole see through his vain attempts to steer them in the right direction. This is viciously intercut with the difficulties Khalid faces in pledging to the social contract. Without the required skills or know how. His frustrations soon boil to the surface and with nowhere to go, his pessimistic view of change inevitably leads him to a familiar place.

A Six and Two Threes

Sean arrives in Stockton convinced he is about to meet his father, Mick. When his search hits a dead end, he is forced to rely on the help of Mack, a young boy who drifts around the estate looking for company. Over the course of the day, the two kids come to realise they have more in common than they originally thought.

15-year-old Maddie Stone rules her school yard under the protection of her family name. But after discovering her notorious father has been arrested, she has to make his bail money or lose the yard. The more Maddie fights, the more her world spirals out of control – and the closer she gets to becoming the man she’s trying to save.

The Voice in the Head

Psychologist David Rosenhan Ph.D – ‘If sanity and insanity exist, how shall we know them?’

Watch a short extract of the film here

The Wrong End of the Stick

Malcolm Fetcher is a neurotic, middle-aged teacher lost in a dull marriage with his wife of twenty years, Beverly. As he faces an all-consuming identity crisis, their marriage disintegrates and he is forced to express a deep, hidden desire… 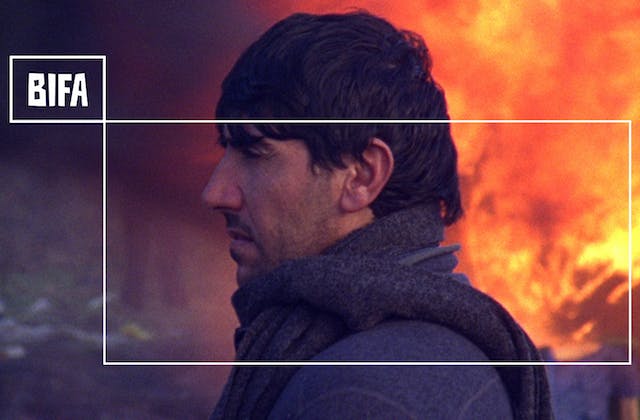 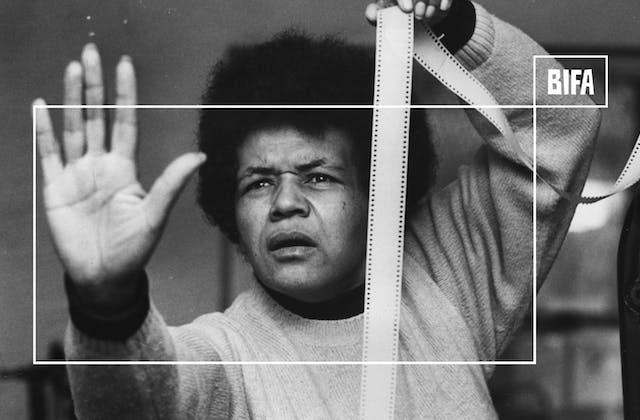