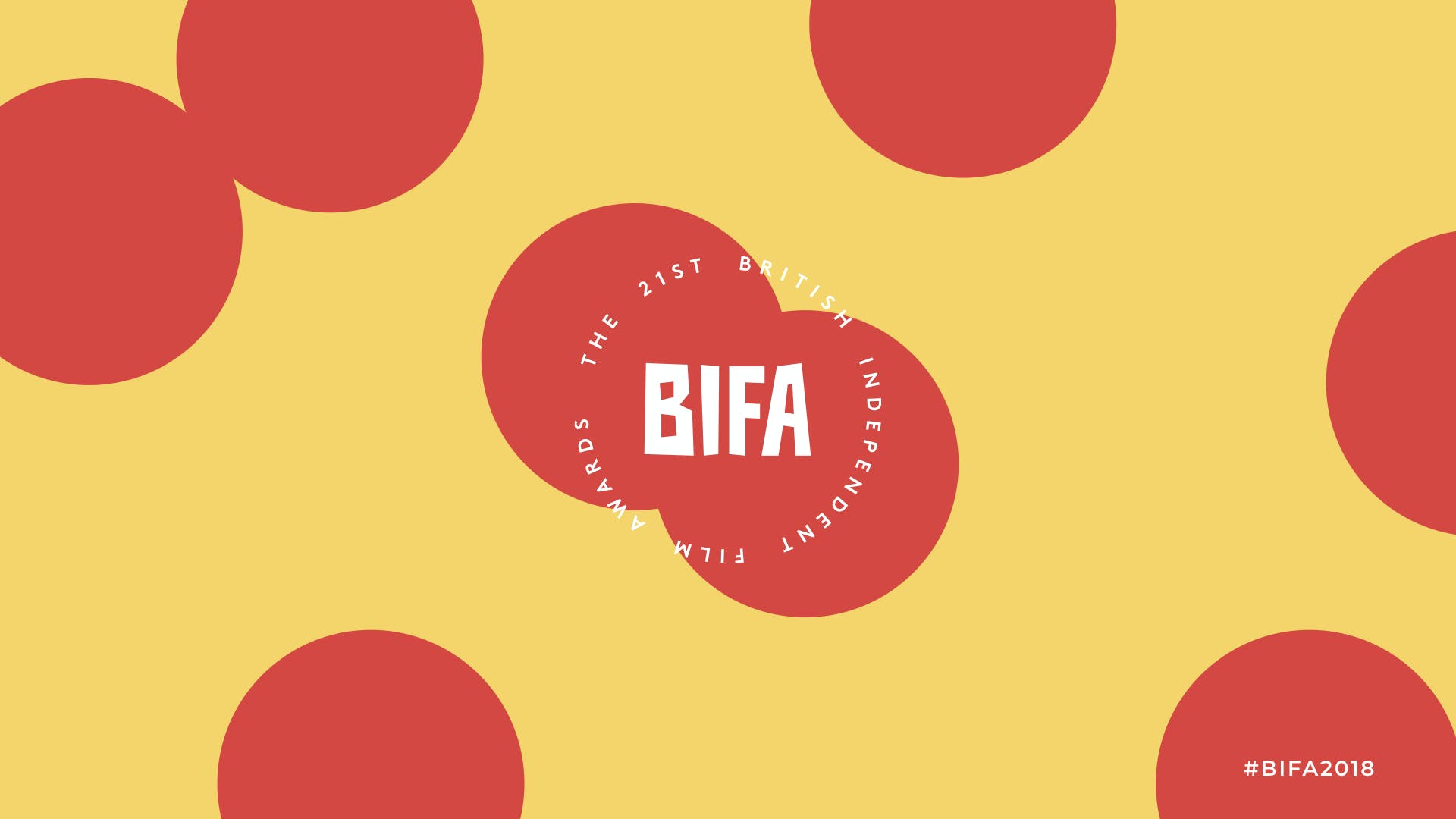 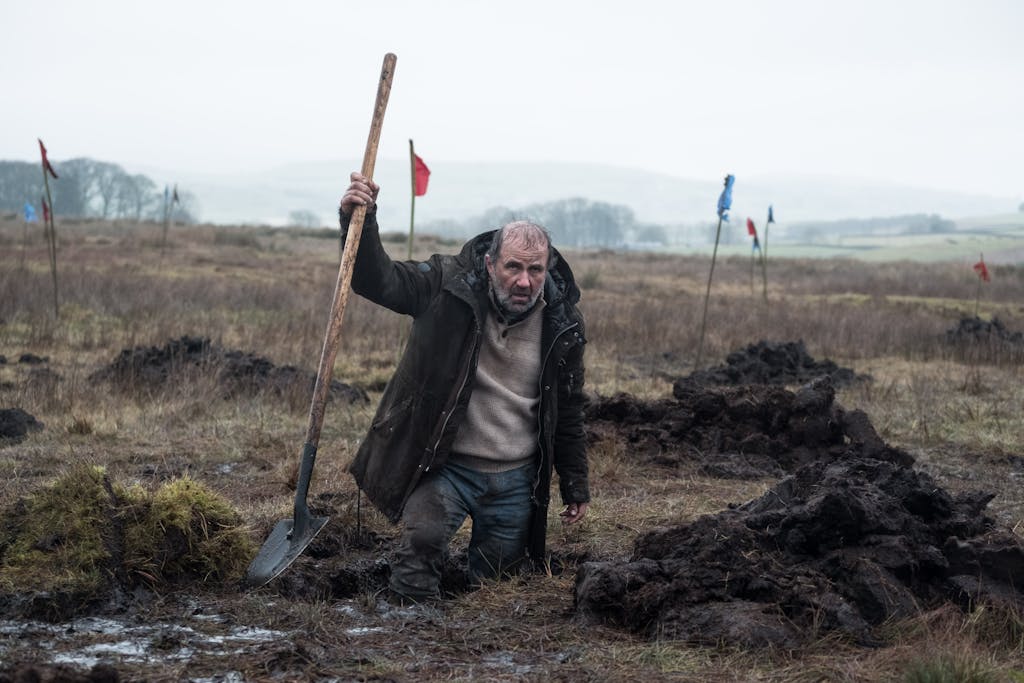 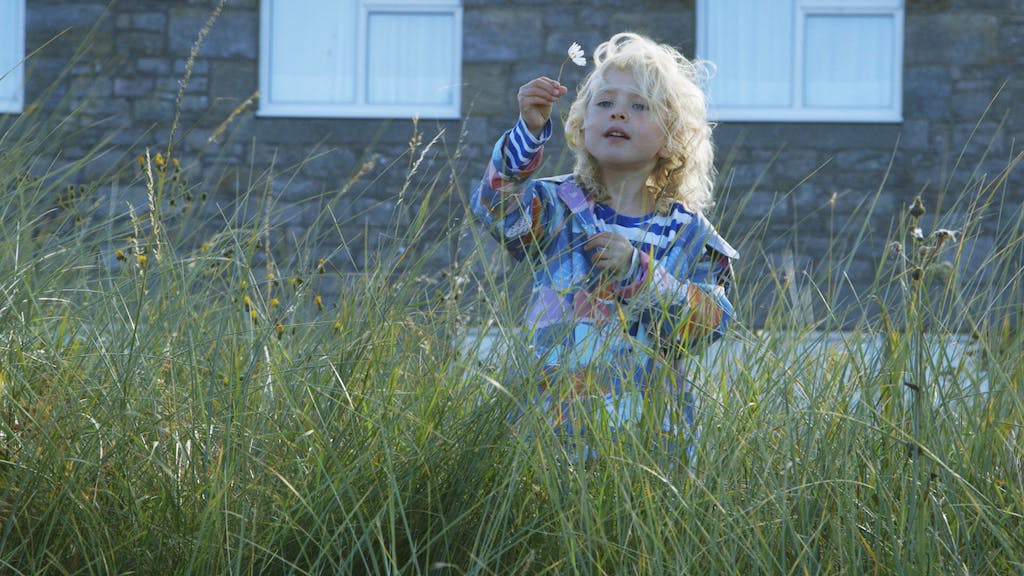 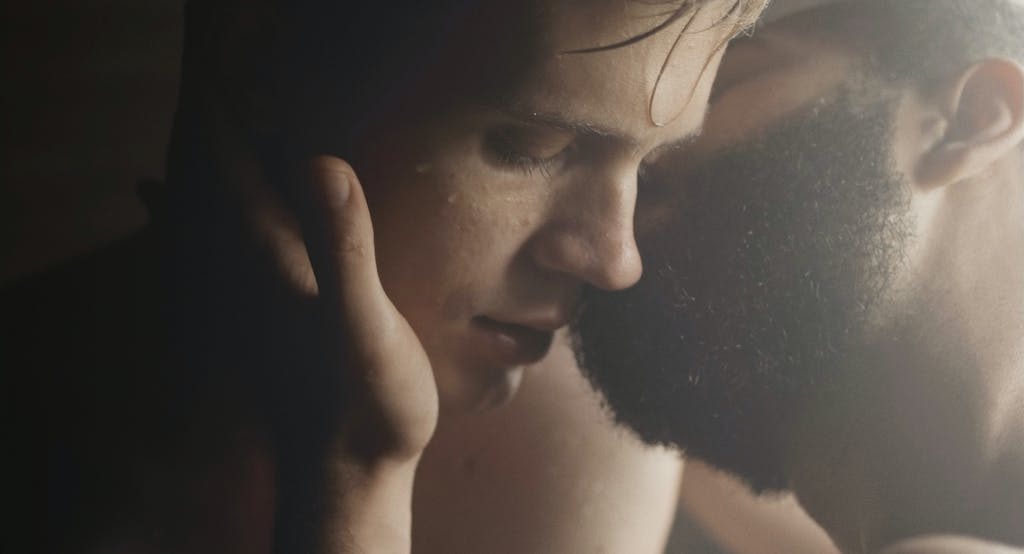 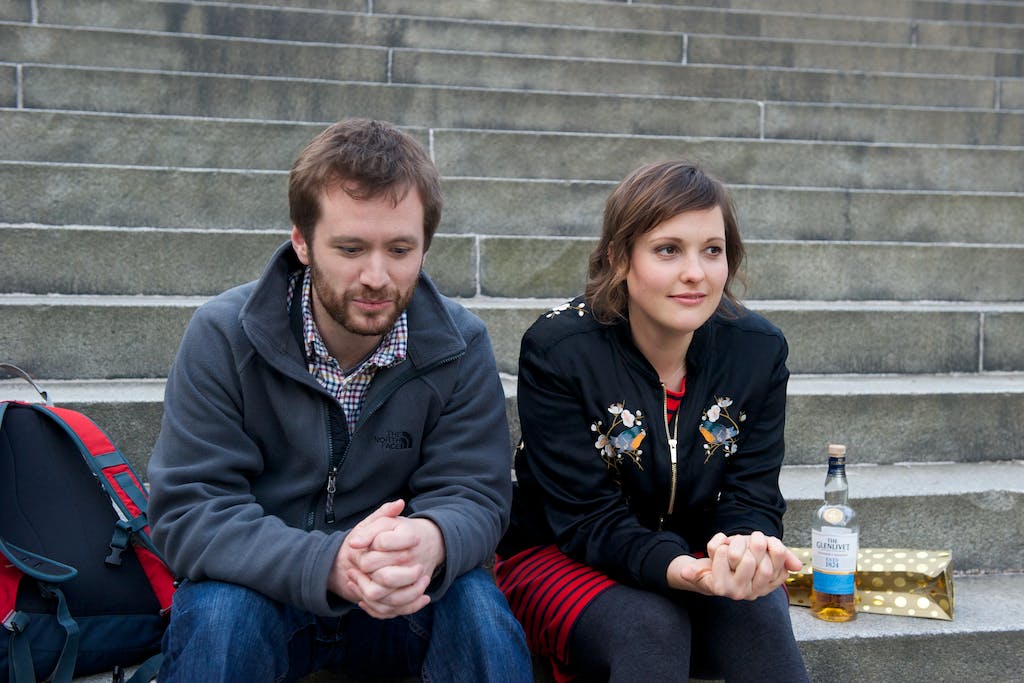 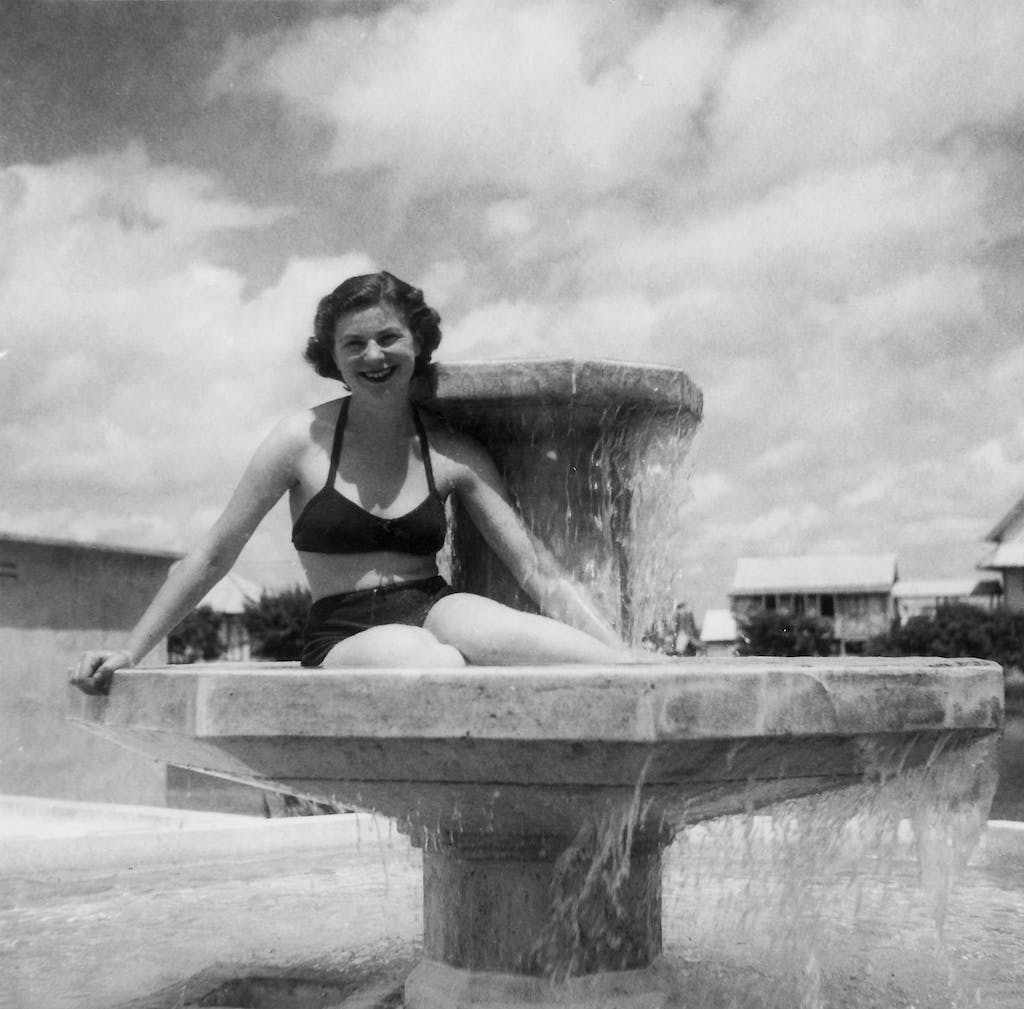 The Discovery Award, sponsored by Raindance, embodies the core component of independent film and all that it stands for. We look for films that not only display the technical creativity and flexibility that accompany a 500k budget, but innovation in the blending of forms, cultures and genres. This category stands up for the underdogs, the outsiders, the rebels, the dreamers, and the poets.

We look for films that ask all the hard questions, challenge every convention, and defy all authority. We want to give momentum to everyone who believes that a movie can propel a revolution.

Many of this year’s BIFA discoveries aptly reflect a time of political turmoil and displacement. They highlight the value of human connection and mutual support through periods of strife, and give voice to people whose lives face marginalisation.

BIFA’s aim, and that of Raindance as a sponsor and founder, is to provide a platform for these stories to shine their brightest, and to defeat the silence of life on the margins.

After serving 15 years in prison for murder, Callahan returns home to find the victim’s father digging for his daughter’s body. Callahan soon realises that the only way to avoid discovery as the perpetrator is to join him in his dig. As a debut feature film from the Tohill Brothers, The Dig is an Irish Western full of twists and turns to excite audiences and lure them in to the gritty narrative and the derelict, gloomy settings.

By no mean feat, writer Stuart Drennan pulled off a remarkable turnaround in a 21-day intensive development period to ensure every aspect of the script was flawless and was suited to their low-budget working conditions (with one location and four actors) before presenting the new draft to NI Screen. This ultimately led to the film being approved and greenlit by the National Screen Agency– an infeasible accomplishment for any writer. Working with a low budget, the filmmakers had to adapt the script and shooting schedule to accommodate for limited daylight. Through this, the tenacious director duo remained determined and tirelessly guided the actors to deliver stunning performances. Ultimately, Brian got the project to NIScreen and within 15 months delivered the film with a production value that highly exceeds its actual budget; a triumphant accomplishment for a low-budget production.

This captivating documentary follows a son in search of his mother who he never knew. A heartwarming story that takes us through making sense of the past in order to move on with the present.

The documentary blends both animation and filmed footage in the same shots which provides a distinctive visual style whilst acting as a source of drama. This combination of footage brings the filmed realities together in a unique fashion that seamlessly transports the spectator into the mind of a character more easily than other documentaries that adopt a traditional approach.

Alongside this, the film’s marketing will take the opportunity to raise awareness of maternal mental health issues: structuring the campaigning around Mental Health Week, talking with women who battle with mental health, and partnering with several Mental Health charities to further raise awareness of the cause whilst helping promote the film. Also, there will be a VR experience for audience members to enjoy at the screenings.

A MOMENT IN THE REEDS:

The film follows two men: a young Finnish man who returns to his hometown for a summer, and an asylum seeker from Syria, who embark upon an unlikely partnership during the Finnish summertime when helping renovate an old lakehouse. The film deals with identity politics by boldly exploring what it’s like to be sexually or ethnically marginalised in modern day society.

The film is highly regarded as one of the first independent films to come from Finland (the film is a UK-Finland co-production with majority UK involvement) but also the first Finnish queer feature film. Despite disregarding the traditional route of finding funding from the Finnish Film Foundation, the filmmakers managed to create an intimate story that resonates around the world, as it has been chosen to screen at 50 festivals worldwide and has been successful in finding distribution in Europe and Australasia.

This feature follows on in the same universe as writer Josie Long’s short films and Radio 4 sitcom using all the same characters and settings. The film revolves around librarian Josie who believes she has found her soulmate in Mikey. Yet, cut to six months later, things are very different, living in a country that has plummeted into political crises, with riots in the streets. The life that they once lived seems like a distant reality.

Working on a low-to-no-budget of £3,500, King worked tirelessly to get this film made, devoting all his time and resources to this project. The film is unique through its experimentation with genre and shooting schedule. By fusing a mumblecore romantic comedy with a dystopian backdrop, this creates a highly comedic, thrilling, and politically aware film that fits in well with contemporary society. Additionally, shooting in both Spring and Winter was an interesting strategy that created a mirror-like structure which helped enhance the changing of genres – a truly unique aspect of the film.

This fascinating film focuses on Erica Thomas’ legacy after she died in 2004, leaving behind a collection of family photos, films, documents and objects dating back to the 1910s. The film delves into Erica’s history, revealing unexpected events her children were unaware of.  Whilst containing themes of romance, science and conspiracy in the 20th Century, Voyageuse draws upon childhood, work, love, loss and grief in this moving reveal of a woman’s life.

A one woman masterpiece – May Miles Thomas was all hands on deck: writing, directing, photographing, editing, sound-designing and basically putting every ounce of her energy into this project. As her fourth feature, it is also remarkable that she managed to complete the film as statistics calculate that only 0.4% of female directors make a fourth film. An exceptional achievement for any woman working in this industry!