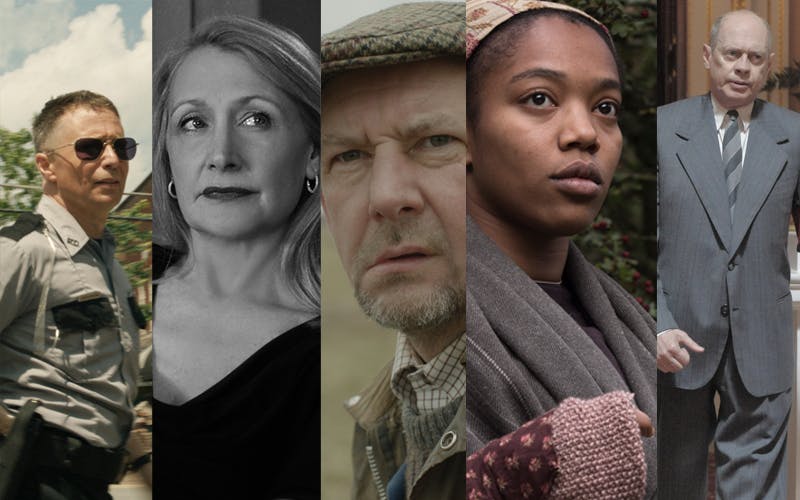 What constitutes a supporting performance is a point of contention in film conversations. Is it screen time? Effect on the narrative? Perspective? At BIFA we believe supporting performances are fully-fledged characters in their own right, that do not take centre stage for the majority of the film but still give us an understanding of a different personality from one at the middle. Our BIFA 2017 Best Supporting Actor and Actress nominees exemplify this; all of them make vital contributions to their films that elevate the work to a greater level and provide us with a lasting impression of their role.

It’s a transatlantic affair in the supporting nominations this year; with the exception of Malaysian-born Simon Russell Beale, all the nominees hail from either the UK or the United States. It’s great to see that representatives of these two countries can work together in a mature and productive manner – are you watching, Theresa and Donald? Equally pleasing is the diversity of talent within the UK itself; we have performers from Newcastle, Liverpool, Glasgow, Birmingham, central AND east London.

There’s a telling correlation between the Supporting nominations and our one of our inaugural Craft awards – Best Casting. All five Best Casting nominees are represented across the Supporting Actor & Actress categories, with winner Sarah Crowe for The Death of Stalin having cast three of the ten nominations. This throws a deserving light not only on the essential skill of casting directors but on the shared understanding of a project, which is essential to independent film. All of these nominees were cast because they had a strong idea of the character they would play, and shared that vision with the casting team and wider film crew.

Geordie girl Andrea Riseborough fulfils a demanding role as Uncle Joe’s daughter in The Death of Stalin. As the hilariously incompetent party vultures circle around her, she not only fends them off with vigour but makes us laugh, too. British acting royalty Julie Walters has different family troubles in Film Stars Don’t Die in Liverpool, but as Peter Turner’s mother Bella she embodies scouse wit and warmth towards the frail Gloria Grahame. The tone is rather more satirical in Sally Potter’s The Party, but Patricia Clarkson finds it perfectly, her zingy one-liners landing on anyone who steps near.

There are shadows of both war and fame in the background of Goodbye Christopher Robin; it is the kindness of Kelly Macdonald as Nanny Olive that helps keep them at bay, providing a brilliant real companion amongst the imaginary friends for the young eponymous Christopher. In Lady Macbeth, Naomi Ackie’s Anna is a woman all alone; trapped in a house of secrets, her scared servitude reduces her to near-silence, and it is through Ackie’s astonishing performance that we understand the struggle of this working woman. Also nominated in Most Promising Newcomer, Ackie soon appears in Idris Elba’s directorial debut Yardie – expect to hear a lot more about her soon…

The Supporting Actor nominees take on a 2-2-1 formation. The Death of Stalin sees Simon Russell Beale and Steve Buscemi in contention, both at BIFA and in the film. Russell Beale’s Lavrentiy Beria is belligerent and brutal, making his designs on the vacant Leader’s seat very clear. This contrasts delightfully with Buscemi’s Nikita Khrushchev, who is fatigued and unsure of himself – but no less dangerous. In a cast so good it’s frankly embarrassing, both men stand out for the schadenfreude they show and their engagement with a great script.

In Three Billboards Outside Ebbing, Missouri, Woody Harrelson takes the recognisable figure of a near-retirement police chief and makes him his own; not just with his loveable Harrison humour, but with an unexpected and crushing pathos. Sam Rockwell’s Officer Dixon is seemingly less sympathetic; a racist cop whose first thought is always anger, it is Rockwell’s layered performance that gives us an insight into Dixon’s torment, and says much about contemporary America. Rounding off this group is a man with his own turmoil; as farmer Martin Saxby in God’s Own Country, Ian Hart provides a stony indifference to his son’s troubles, but develops the character into someone far more complex when tragedy strikes.

What do you make of our Supporting Actor/Actress nominees? Whose film have you seen – and whose are you dying to see? Let us know your thoughts at @BIFA_Film on Twitter & Instagram, and BIFA.Film on Facebook!