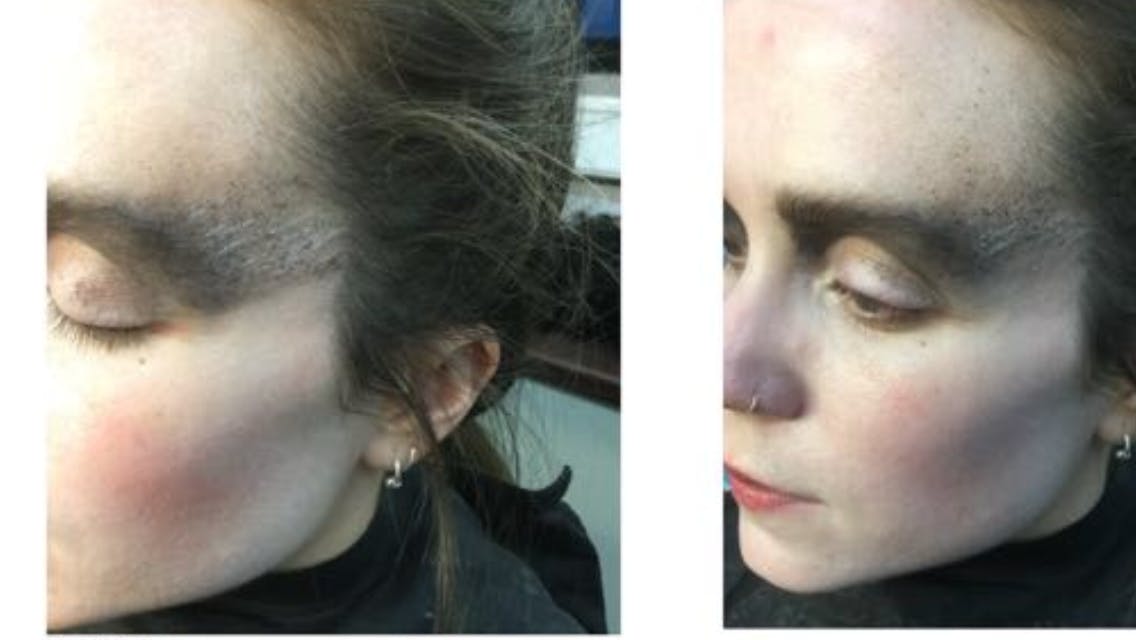 What influenced your decision to work on The Favourite?

I would have begged to work on this project!  I was a fan of Yorgos’ work anyway and then read the amazing script and was so blown away by these incredible female characters.  The period isn’t done very often so the scope was huge for a hair and makeup designer plus I knew that if Yorgos was doing this is wouldn’t be a standard period piece.

What research shaped the historical makeup looks and hairstyles of the characters?

I researched meticulously as I think you have to know the rules to be able to break them. Yorgos wanted a stripped back look for the women and an exaggerated look for the men but with our own take on things and so I worked around the correct silhouette of the time but then played with colour and shape to create something more stylised but really natural.  I worked closely with Sandy (costume) and Fiona (production design) also to spark ideas.

You used M·A·C makeup on the characters. When did your relationship with M·A·C begin? Why has it endured?

The painted faces at the court all started with a white base that then had mixing medium and powders worked into it to achieve this heavy cracking skin and rouged cheeks and bands of black across the eyes which were all M·A·C products. M·A·C have been so incredibly supportive to me from my first design job Tyrannosaur and I have attended the BIFAs as their guest many times. Their range covers everything I need no matter what the job requires and their products are consistently the best. They are also incredibly nice to deal with.

Why are the British Independent Film Awards special to you?

I love the BIFAs! They are such a support to new talent and so encouraging to film makers. Coming from a background in independent film I have been lucky enough to be involved with lots of films celebrated by the awards. I love the voting process and seeing new talent coming through. I feel blessed to have been nominated two years running and as ever am looking forward to the party! 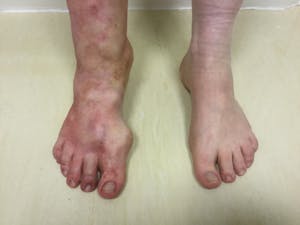 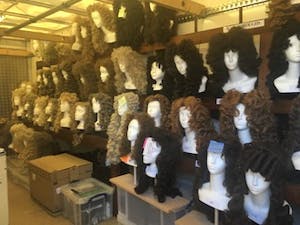 Left: Queen Anne’s (Olivia Colman) prostethic Leg; Right: The array of wigs used on the set of The Favourite 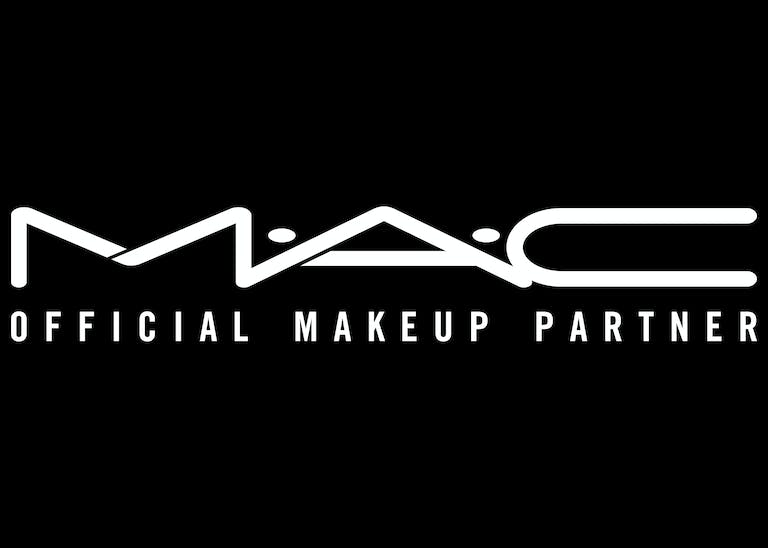