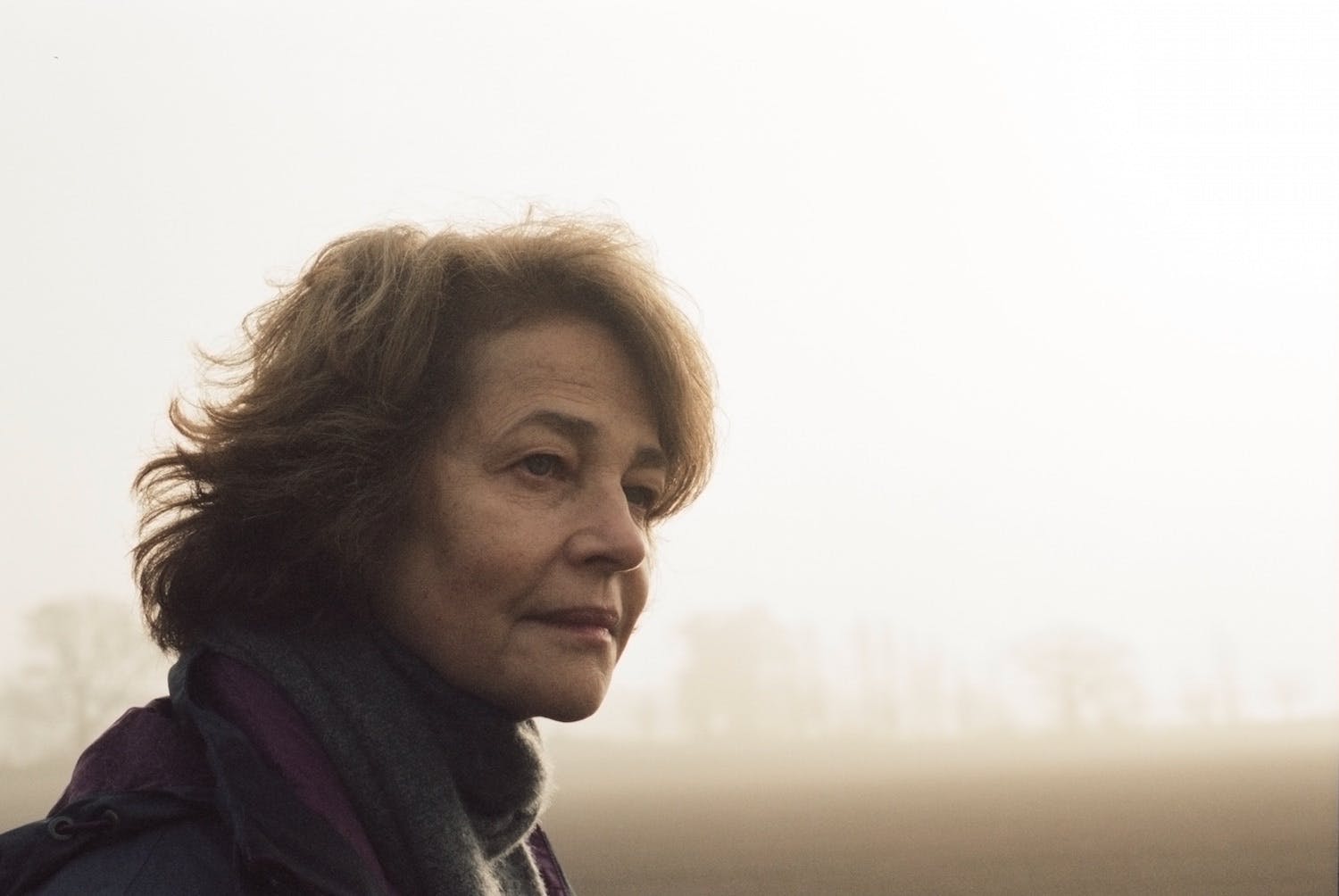 ‘There was something heartbreaking to me about the story of a relationship faltering at its final hurdle… It was as if this reminder of the past, this preserved body in ice, had been waiting for its moment to throw everything into chaos.’ A fresh take on old age, love and jealousy adapted from David Constantine’s short story In Another Country, Andrew Haigh’s 45 Years examines the myth of the happy old couple with a keen eye and sharp wit.

In the week leading up to Kate and Geoff Mercer’s 45th wedding anniversary, a letter arrives. The body of Geoff’s first love has been discovered, frozen and preserved in the glaciers of the Swiss Alps. Five days later, with the party just around the corner, there may not be a marriage left to celebrate.

‘I wanted the story of Kate and Geoff to feel very present tense,’ explains Haigh. ‘I didn’t want it to be about the choices of an older generation now gone, but a story about the choices we all have to make.’ In the sphere of romantic love, longevity tends to be praised as an achievement in itself, while films about older age that don’t sentimentalise or patronise are few and far between. Cheery news items circulate periodically about unions that have endured over many decades and attract gushing comments about how adorable it is for love to last so long.

45 Years treats its characters as people still in the thick of life and still vulnerable to its emotional slings and arrows: Geoff and Kate are not yet in decrepitude, adorable or otherwise. The couple remain intellectually vital and physically well – theirs seems a sturdy union. But Haigh’s film captures, with haunting acuity, just how vulnerable their marriage becomes when past pain surfaces and past jealousy reawakened. Although Kate and Geoff are as one in many ways, the discovery of Katya’s frozen body emphasizes remorselessly the emotional differences between them. ‘A fissure, I suppose you’d call it – like a narrow crack in the rock,’ says Geoff of the fault that claimed Katya’s life, little suspecting that he’s naming exactly what’s happening to his marriage in the moment.

Haigh’s previous feature film, 2011’s Weekend, took the opposite track and depicted a barely-begun relationship over a titular two-day span. ‘Both films are interested in the complexities of intimacy between two people; the risks involved in exposing yourself emotionally to someone else; the difficulty of being truly honest about your fears,’ says Haigh. ‘I’m very interested in how our romantic relationships speak a bigger truth about who we are and how we want the world to see us.’

45 Years has received six BIFA nominations, including Best British Independent Film and performance nods for stars Tom Courtenay and Charlotte Rampling. Remarkable in its scope and achievement, it offers two of our best performers their most compelling roles in years and confirms Haigh as a writer/director of uncommon insight.

The Story Behind the Story: Rocks | Casting