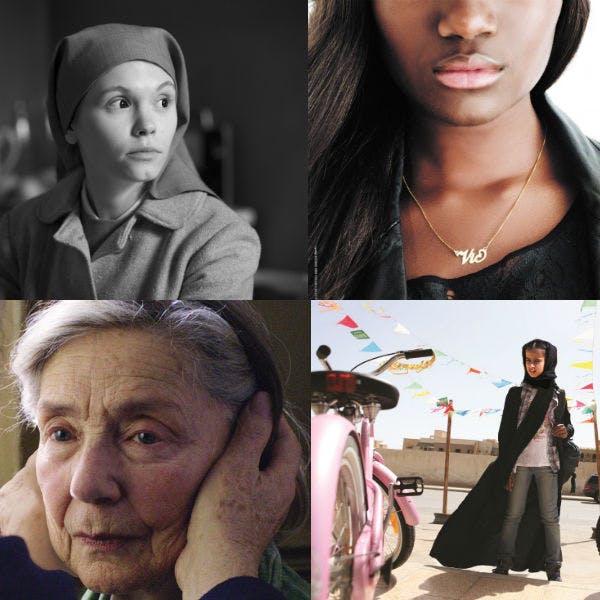 If there’s one thing that the British Independent Film Awards can do, it’s award British independent films. But other countries also make films (yes, it’s true) so we use our experienced voters to scour the globe for the best international films on offer, and award those films their very own category at the BIFA ceremony.

Here are 11 recent international films that have been nominated for BIFAs, ranging from the first film ever made in Saudi Arabia to an Academy Award winner from Poland. They are, above all, distinct and diverse productions that share one notable commonality: a strong, independent voice.

This wickedly funny and precisely observed psychodrama tells the story of a model Swedish family on a skiing holiday in the French Alps. The sun is shining and the slopes are spectacular, but during a lunch at a mountainside restaurant, an avalanche suddenly bears down on the happy diners. With people fleeing in all directions and his wife and children in a state of panic, father Tomas makes a decision that will shake his marriage to its core and leave him struggling to reclaim his role as family patriarch.

Fed up with her abusive family situation, lack of school prospects and “boys’ law” in the neighborhood, Marieme starts a new life after meeting a group of three free-spirited girls. She changes her name, her style, drops out of school and starts stealing to be accepted into the gang. When her home situation becomes unbearable, Marieme seeks solace in an older man who promises her money and protection. Realizing this sort of lifestyle will never result in the freedom and independence she truly desires, she finally decides to take matters into her own hands.

In 1944 Auschwitz, Saul Ausländer is a Hungarian member of the Sonderkommando, the group of Jewish prisoners isolated from the camp and forced to assist the Nazis in the machinery of large-scale extermination. While working in one of the crematoriums, Saul discovers the body of a boy he takes for his son. As the Sonderkommando plans a rebellion, Saul decides to carry out an impossible task: save the child’s body from the flames, find a rabbi to recite the mourner’s Kaddish and offer the boy a proper burial.

In Poland, 1962, Anna is a novice, an orphan brought up by nuns in the convent. She has to see Wanda, her only living relative, before she takes her vows. During their meeting, Wanda tells Anna that Anna is Jewish. Both women then start a journey not only to find their family’s tragic story, but who they really are and where they belong. They begin to question their religions and ideas they believed in. Both are trying to go on living but only one of them can.

5. Blue is the Warmest Colour (France)

Frances lives in New York, but she doesn’t really have an apartment. Frances is an apprentice for a dance company, but not really a dancer. Frances has a best friend named Sophie, but they aren’t really speaking anymore. Frances throws herself headlong into her dreams, even as their possible reality dwindles. Frances wants so much more than she has but lives her life with unaccountable joy and lightness. Frances Ha is a modern comic fable that explores New York, friendship, class, ambition, failure and redemption.

10-year-old Wadjda challenges deep-rooted Saudi traditions in a determined quest to buy a bicycle. When everything goes against her plans, she sees one last chance in her school’s Koran recitation competition and the large cash prize for first place. The first film ever shot entirely in Saudi Arabia, Wadjda is the story of a girl determined to fight for her dreams.

Journalist Jep Gambardella has charmed and seduced his way through the lavish nightlife of Rome for decades. Since the legendary success of his one and only novel, he has been a permanent fixture in the city’s literary and social circles, but when his sixty-fifth birthday coincides with a shock from the past, Jep finds himself unexpectedly taking stock of his life, turning his cutting wit on himself and his contemporaries, and looking past the extravagant nightclubs, parties, and cafés to find Rome in all its glory: a timeless landscape of absurd, exquisite beauty.

Georges and Anne are an octogenarian couple. They are cultivated, retired music teachers. Their daughter, also a musician, lives in Britain with her family. One day, Anne has a stroke, and the couple’s bond of love is severely tested.

Ali finds himself with a five-year-old child on his hands, but he hardly knows him. Homeless, penniless and friendless, Ali takes refuge with his sister Anna in Antibes, in the south of France. There, things improve immediately. She puts them up in her garage and takes the child under her wing. Ali gets a job as a bouncer in a nightclub. He comes to the aid of Stephanie during a brawl. Aloof and beautiful, Stephanie seems unattainable, but in his frank manner Ali leaves her his phone number anyway. When he sees her next, Stephanie is confined to a wheelchair after a horrible accident causes her to lose her legs. Ali’s direct, unpitying physicality becomes Stephanie’s lifeline, but Ali too is transformed by Stephanie’s tough resilience, even as she begins to come alive again. As their stories intersect and diverge, they navigate a world where strength, beauty, youth and blood are commodities-but where trust, truth, loyalty and love cannot be bought and sold, and courage comes in many forms.

Lucas, a highly regarded school teacher, has been forced to start over having overcome a tough divorce. Just as things are starting to go his way, his life is shattered. An untruthful remark throws the small community into a collective state of hysteria. The lie is spreading and Lucas is forced to fight a lonely fight for his life and dignity.

Find out more about our awards & winners here: https://www.bifa.film/awards