Have a diligent, detailed and scrutinised voting process for determining the winners.
Maintain a large pool of engaged industry professionals to act as voters and jurors.
Ensure that active voters and jurors are diverse and representative of the demographics of the UK.

Build relationships with organisations that teach and foster new talent (eg, film schools).
Encourage new and young filmmakers to participate in the BIFA awards, and other initiatives.
Be open, accessible and communicative with new filmmakers and those starting off in the field.

Remain a tentpole event of the British film industry calendar and increase consumer awareness.
Support nominated and winning films year-round, not just on the night of the awards.
Create opportunities for emerging talent to expand their contacts and further their careers.

4. Encourage conversation and be curious

Keep a finger on the pulse of British film and be a leading contributor to conversations about it.
Explore new ways to reach audiences and deliver messages across different platforms.

Be honest and transparent about BIFA’s work.
Be accessible and communicative to all enquirers.

6. Work for the industry, towards a better industry

Ensure that BIFA’s voice is the industry’s voice through strong representation of leading industry figures in the voters, committees and board.
Reward best practice and work to make the British film industry a more inclusive, less intimidating place to work.

Actively encourage the valuable collective experience of the cinema.
Support independent filmmakers in showing their work in the medium for which it was intended. 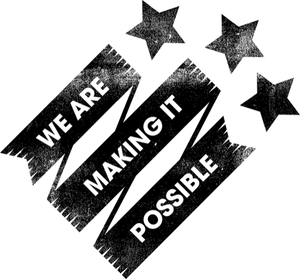 In August 2019, BIFA received the Raising Films Ribbon. Behind the scenes, BIFA has adopted a number of practices that mean current employees can work flexibly around caring obligations. While all new employees are offered flexible working patterns and BIFA also covers the additional costs of childcare for work away from home.

Raising Films is a community interest company with the aim to challenge, at a structural level, the demands the film and TV industry makes of its employees, while providing a communal voice for people working in the film and television industry though surveys, reports, lobbying and interventions.

The ribbon awards form part of Raising Films’ on going commitment to address the findings from its industry surveys (most recently We Need To Talk About Caring); that there is a clear desire from carers working in the screen industry for more awareness, flexibility and support. Raising Films calls on the film industry to serve its parent and carer members better, to increase their number, and to aspire to the best possible practice, to make it possible for all voices to be heard.

The Raising Films ribbon award is available to production companies, festivals and conferences, training schemes and educational institutions. Through the ribbon awards Raising Films celebrates and acknowledges activity and endeavours that take into the account the needs of parents and carers working across film and TV.