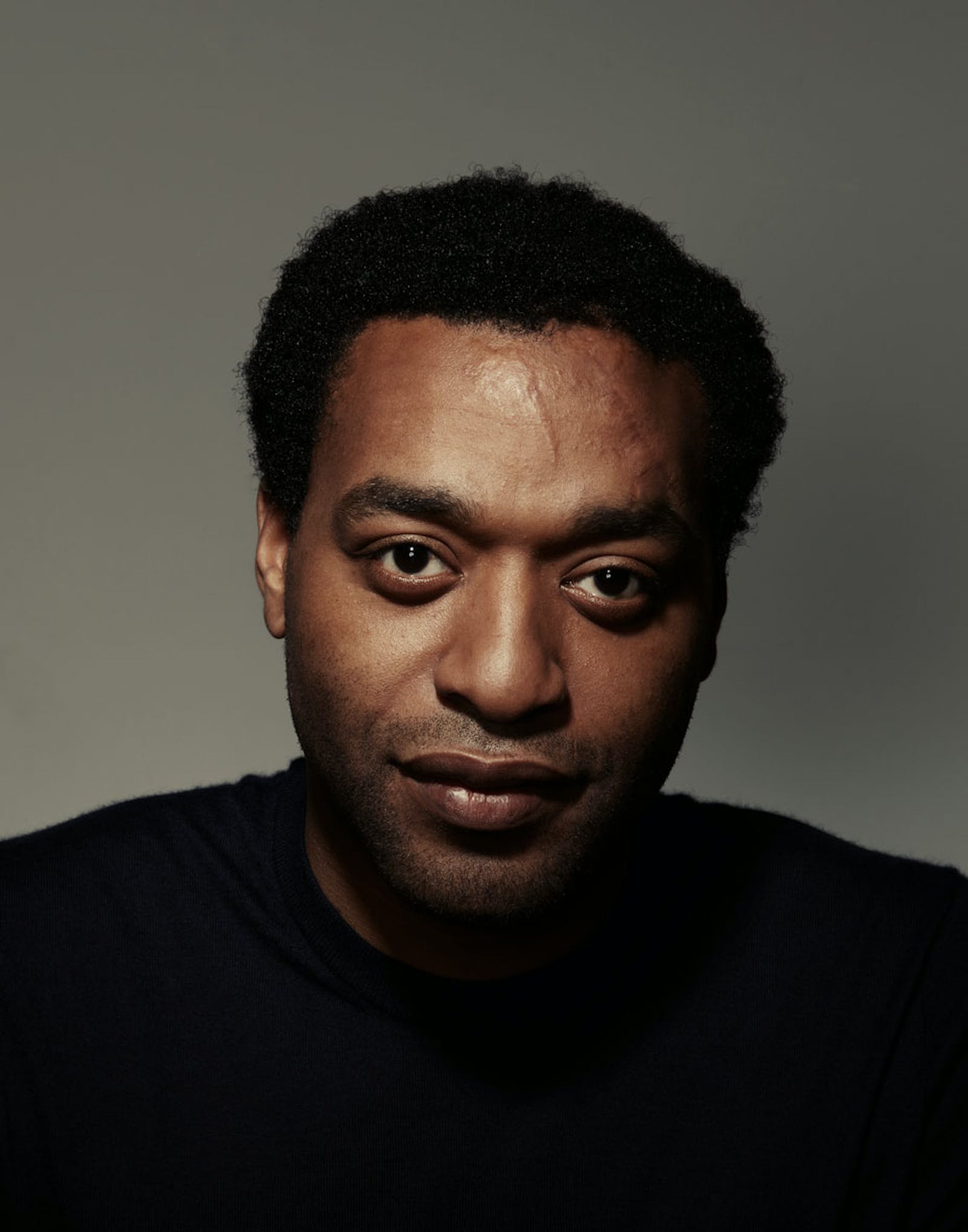 The start of 2018 saw Chiwetel in MARY MAGDALENE alongside Rooney Mara and Joaquin Phoenix. The film is directed by Garth Davis and explores the life of Mary and how she came to be a pinnacle figure of Christianity. Chiwetel can also be seen in Netflix’s COME SUNDAY alongside Lakeith Stanfield, Jason Segel and Martin Sheen. Directed by Joshua Marston, the story concerns Evangelist Carlton Pearson (played by Chiwetel), ostracized by his church for preaching that there is no Hell. March saw Chiwetel lend his voice in SHERLOCK GNOMES, alongside Emily Blunt, Johnny Depp, James McAvoy, Dame Maggie Smith and Sir Michael Caine. The story centres upon Garden gnomes, Gnomeo & Juliet, recruiting renowned detective Sherlock Gnomes to investigate the mysterious disappearance of other garden ornaments.

In 2019 we will hear Chiwetel voice the infamous character of ‘Scar’ in Disney’s THE LION KING – a CG animated re- imagining of the 1994 Walt Disney classic. Directed by Jon Faveau (The Jungle Book), Chiwetel will star alongside Seth Rogen, Donald Glover, Alfre Woodard and Beyonce Knowles. Ejiofor will also appear in MALEFICENT 2, the sequel to the 2014 film MALEFICENT, alongside Angelina Jolie, Elle Fanning and Michelle Pfeiffer.

March 2019 will see Chiwetel’s directorial debut THE BOY WHO HARNESSED THE WIND, which he has adapted from the book of the same name, written by William Kamkwamba and Bryan Mealer. Chiwetel will also star in the film, which follows 13-year-old William Kamkwamba (Maxwell Simba) who is thrown out of the school he loves when his family can no longer afford the fees. Sneaking back into the school library, he finds a way, using the bones of the bicycle belonging to his father Trywell (Chiwetel), to build a windmill which then saves his village from famine. Joseph Marcell, Aïssa Maïga, Noma Dumezweni, Lemogang Tsipa also star.

In 2016, Chiwetel was seen in the much anticipated Marvel film DOCTOR STRANGE. The film saw Chiwetel take on the role of Baron Mordo opposite Benedict Cumberbatch, Tilda Swinton, Mads Mikkelsen and Rachel McAdams and was directed by Scott Derickson. Prior to this, Chiwetel was seen in John Hillcoat’s crime thriller TRIPLE 9. He was supported by a stellar cast including Kate Winslet, Casey Affleck, Gal Gadot, Aaron Paul and Norman Reedus.

Chiwetel was awarded a CBE for services to drama and also starred in a number of films and returned to the stage in EVERYMAN; Rufus Norris’ inaugural play as Artistic Director of The National Theatre. 2015 saw Chiwetel in the award winning sci-fi drama THE MARTIAN alongside Matt Damon, Jessica Chastain, and Kate Mara. The film was hugely successful at the box office, taking over $300m worldwide and receiving 7 Oscar nominations. Chiwetel was also seen in Craig Zobel’s thriller Z FOR ZACHARIAH alongside Chris Pine and Margot Robbie, which premiered at Sundance Film Festival. The story centered on the last three remaining survivors of a nuclear holocaust. Chiwetel starred in another thriller – SECRET IN THEIR EYES – directed by Billy Ray and co-starring Julia Roberts and Nicole Kidman. The film is adapted from Juan Jose Campanella’s Oscar winning Argentinean film, El Secreto De Sus Ojos.

2014 was another memorable year for Chiwetel and saw him star in Steve McQueen’s Oscar winning TWELVE YEARS A SLAVE. Chiwetel played the role of ‘Solomon Northup’ which gained him Oscar, Golden Globe and SAG nominations and won him a Best Actor BAFTA. Later in the year Chiwetel also starred in HALF OF A YELLOW SUN based on the highly acclaimed novel of the same title, the film also starred Thandie Newton and Joseph Mawle.

2013 saw Chiwetel star in Stephen Poliakoff’s BBC series DANCING ON THE EDGE which gained him a Golden Globe nomination for Best Actor in a Mini Series and an Emmy Award nomination. Chiwetel also returned to the stage in the Young Vic’s adaptation of A Season in the Congo, directed by Joe Wright. His performance, as Patrice Lumumba, received critical acclaim.

In 2011 television audiences saw him in the award winning THE SHADOW LINE, a thrilling drama for the BBC in which he played lead character ‘Jonah Gabriel’ alongside a superb cast including Christopher Eccleston, Lesley Sharp and Rafe Spall.

Chiwetel has also appeared in a number of films including SALT, alongside Angelina Jolie and Liev Schreiber and in 2009 he starred in Roland Emmerich’s action feature, 2012 opposite John Cusack, Danny Glover and Thandie Newton. The same year his performance in ENDGAME, Channel 4’s moving drama set in South Africa, earned him a Golden Globe nomination for the ‘best performance by an actor in a mini-series or a motion picture made for television’.

Chiwetel balances his film and television commitments with his theatre work. In 2008 he was seen in three very different roles; his performance in the title role of Michael Grandage’s OTHELLO at the Donmar Warehouse alongside Kelly Reilly and Ewan McGregor was unanimously commended, and won him the 2008 Olivier Award for ‘Best Actor’, the Evening Standard Theatre Award for ‘Best Actor’, as well as nominations for the South Bank Show Awards 2009 and the What’s On Stage Theatregoers’ Choice Awards. His other stage credits include Roger Michell’s BLUE/ORANGE in 2000 which received an Olivier Award for Best Play, and the same year Tim Supple’s ROMEO AND JULIET in which Chiwetel took the title role.

In 1996, Chiwetel caught the attention of Stephen Spielberg who cast him in the critically acclaimed AMISTAD, starring alongside Morgan Freeman and Anthony Hopkins. He returned to the big screen in Stephen Frears’ 2001 thriller DIRTY PRETTY THINGS for which his performance as ‘Okwe’ won him the Best Actor Award at the British Independent Film Awards, the Evening Standard Film Awards, and the San Diego Film Critics Society Awards. In 2003, he co-starred in three films: Richard Curtis’ LOVE ACTUALLY, SLOW BURN and Woody Allen’s MELINDA AND MELINDA. 2008 saw Chiwetel star in Ridley Scott’s AMERICAN GANGSTER, opposite Don Cheadle in TALK TO ME, and in David Mamet’s REDBELT. Chiwetel’s other film credits include KINKY BOOTS (2005) in which he played the loveable drag queen ‘Lola’, the urban drama FOUR BROTHERS alongside Mark Whalberg, Spike Lee’s heist film INSIDE MAN alongside Clive Owen, Jodie Foster and Denzel Washington, and the Oscar nominated CHILDREN OF MEN, again alongside Clive Owen.