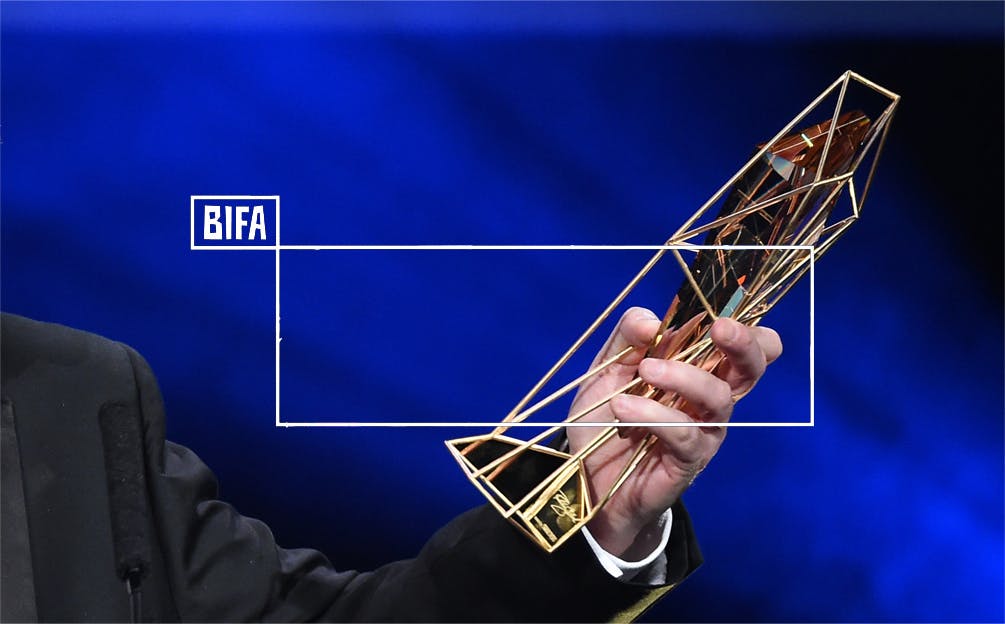 OK with boomer: how the BIFAs are winning the generation game

We live in divided times. Politically, regionally, socially – and across generations. There is no phrase that better expresses the current generational divide than ‘OK boomer’. For millennials and Gen Z-ers, it is a wryly expressed frustration at an age group aided by free education, home ownership, and increasing wealth, while those things are pushed further from the reach of today’s youth. For the boomer generation themselves, it leaves many confused, hearing a phrase directed at but not made by them, when many worked hard to provide for themselves and their loved ones.

But there is hope. It is the British Independent Film Awards that can bridge this troubled water.

BIFA films appeal to a cross-section of society like few other cultural categories. Take The Personal History Of David Copperfield, this year’s most-nominated film with 11 nods, and wins already under its belt for casting for Sarah Crowe, production design for Cristina Casali, and costume design for Suzie Harman and Robert Worley. On first look, a Charles Dickens adaptation filled with period costumes, counting stalwarts such as Peter Capaldi, Paul Whitehouse, and best supporting actor nominee Hugh Laurie (all born 1958-59) among its cast, might seem perfect ‘boomer’ fare. But look closer: leading the cast is Skins graduate and best actor nominee Dev Patel, a 90s kid-now-man on a stunning run of recent form through performances in Lion, The Wedding Guest and Hotel Mumbai. He’s ably backed up by contemporaries including Morfydd Clark, Aimée Kelly and Anthony Welsh.

Tying it all together are Armando Iannucci, Simon Blackwell and Kevin Loader, with Iannucci and Blackwell represented in the best screenplay category and the trio up for the prestigious best British independent film. Whether on Iannucci and Blackwell’s seminal The Thick Of It, its 2009 film spin-off In The Loop (six BIFA nominations, one win for best screenplay), or the trio’s hilarious 2017 political satire The Death Of Stalin (four BIFA wins from 13 nominations), their work appeals across the ages, gaining traction with students as with sexagenarians.

The acting categories are a reliable sign of BIFA’s cross-generational appeal, and this year is no exception. Laurie is joined in best supporting actor by Peter Mullan, a UK film legend with seven BIFA nominations to his name, who this year brings his talent and considerable gravitas to lighthouse crime drama The Vanishing. Alongside them, though, is Bluey Robinson, a South London singer-songwriter making his start in the screen world. Compelling performances such as the one he gives in Dirty God will go a long way to establishing his name. Even younger is Edilson Manuel Olbera Nuñez, who belies his age with his outstanding work as the young dancer Carlos Acosta in Yuli: The Carlos Acosta Story.

The same effect can be seen in the female categories. Few people deserve the term ‘national treasure’ like Julie Walters, who picks up her fourth BIFA nomination for playing Marion, mother of Jessie Buckley’s singer Rose-Lynn in Wild Rose. Walters’ first nomination came in 2000: best actress for Billy Elliot, before many Gen Z-ers were born. It’s testament to the unifying power of BIFA that it lines her up alongside Ruthxjiah Bellenea, making her film debut with a touching turn in Shola Amoo’s The Last Tree; and Jessica Barden, a Gen Z favourite for her role in The End Of The F***ing World, now expanding her impressive film credits as Beth in Scarborough.

In recent years, British film has finally started to shake off the misconception that it’s all stuffy period dramas, both by elevating other genres, and by reinventing the period film (see: five-time BIFA 2017 winner Lady Macbeth, last year’s regal ruler The Favourite). The 2019 nominations further that work. Joanna Hogg’s The Souvenir, represented in eight categories including Best British Independent Film, faithfully recreates the costumes and character of specific period, but one much closer to today than we typically see. The same can be said for Peter Strickland’s nine-time nominated In Fabric, which presents the haberdashery horror of 1993 with precision.

These titles sit alongside fresh stories about the Britain of today. Amoo’s semi-autobiographical The Last Tree is a stunning representation of diasporic life; lead actor Sam Adewunmi is rightly recognised for his performance in both most promising newcomer and best actor. Vicky Knight, the lead in Sacha Polak’s Dirty God, has achieved the same in most promising newcomer and best actress. In her first film role, Knight plays a young mother who is victim of a brutal acid attack. Knight herself bears the scars of an incident when, aged eight, one third of her body was burned in a fire. Whether through recognising such strong casting and performance as hers; or promoting lived stories such as The Last Tree, BIFA is a brilliant force for allowing people to represent truth on screen.

It’s not just fiction that fuses different generations at BIFA either. This is a banner year for documentaries, with Asif Kapadia’s Diego Maradona and Waad Al-Kateab and Edward Watts’ For Sama each receiving five nominations, including best British independent film for the latter. Kapadia’s latest look at a cultural icon appeals to the boomer generation who watched Dieguito light up the 1986 World Cup; but equally to today’s football-obsessed teenagers, with its thorough use of footage on one of the sport’s first superstars. For Sama informs those young, old and in-between about possibly the most horrific conflict that is happening right now; but it is also an enduring story of motherhood, resilience and hope in the face of fear.

So next time you bemoan the benefits enjoyed by an older generation, or bristle at the language of a younger one – reach for a BIFA title. You’ll find fascinating, authentic films told by accomplished creatives. We’re all OK with that.